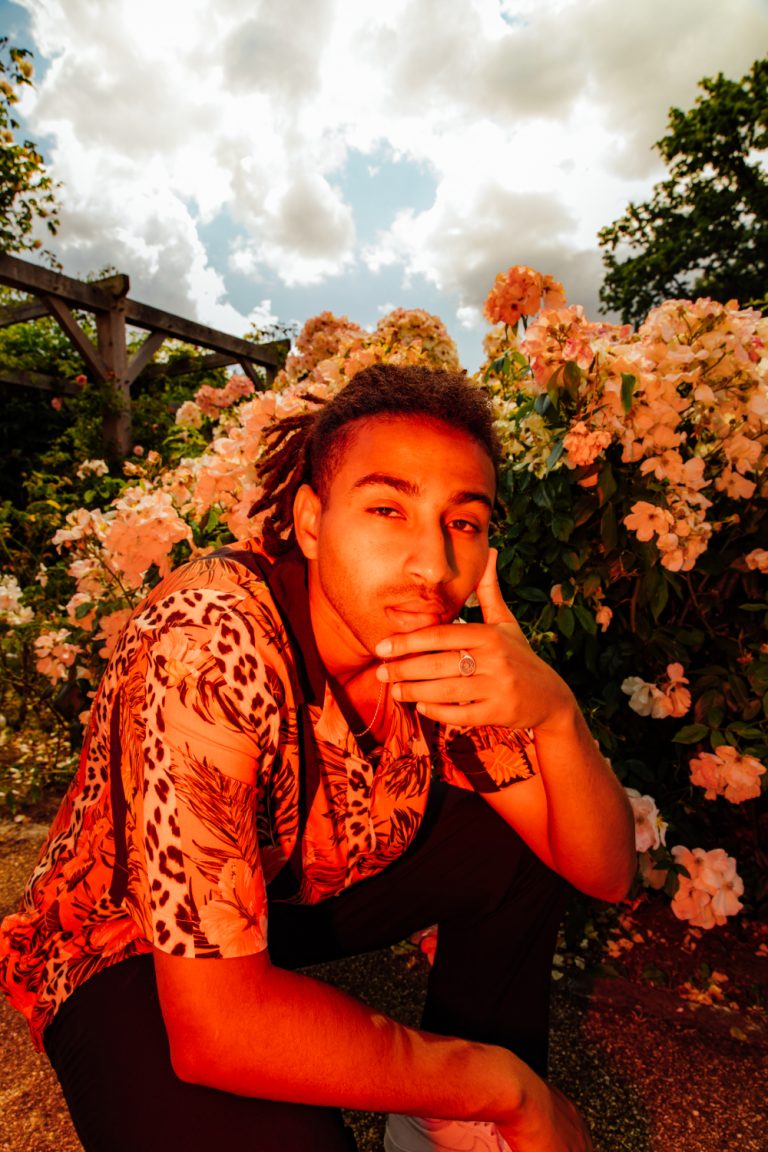 British rapper, Xadi, is a dynamic and creative artist on the rise. Gaining the attention of enthusiasts worldwide with honest songwriting and a soulful approach to his craft, Xadi has amassed thousands of listeners and the support of influential tastemakers from BBC 1xtra to Rinse FM.

2020 was a productive time for Xadi, at the start of the year he released an introspective EP titled ‘Day Ends‘, which showcased his thoughtful lyrics and eclectic style, seamlessly combining elements of hip-hop with R&B, jazz and grime. Following on from the EP, Xadi blessed us with another six singles including ‘Mañana’, a soothing R&B infused track featuring Nina Cobham. There’s no stopping there, 2021 is already off to a strong start with the release of ‘Movies’, ‘Outsiders Freestyle’ and a new EP in the works.

Beyond the music, what many people don’t know about Xadi is his versatility and passion for creating. Behind the scenes, when he isn’t playing the role of a rapper, he acts as a producer, director, and instrumentalist. We had a chat with Xadi about his style of music, honing his skills as a producer, and his most recent single, ‘Outsiders Freestyle’ focusing on racism in Britain.

I’ve been doing well thank you. So far just dark and cold really, I was super busy organising the video for movies and stuff at the start of the year and since then have just been staying on the grind to get as much music out this year as I can.

Do you have plans to release another project this year?

Yes! I have an EP in the works now that should be coming out in the summer, somewhere around June I think. Also, a couple of joint projects from myself and some close collaborators have been in the works so I should be able to get them out after the EP. But not before a string of singles I’ve got lined up

How long have you been living in West London?

This has always been my home, the Hounslow area is where all of my formative memories took place. It’s like it’s own little section of the city so really, it has its own culture and vibe.

In your recent single, ‘Outsiders Freestyle’, you touch on the police and racism. What has your personal experience been like dealing with the police in the UK?

Yeah not the best I can’t lie, just from a very young age being hassled, stopped in the car and asked if it’s stolen and just mad stuff like that, hands being put on my nearest and dearest for nothing. Like I can only speak for myself really but I think the way those experiences affected my mindset was the most difficult, like looking over your shoulder.

What emotions sparked the freestyle?

Just being fed up. I make music about a lot of different stuff and that is one of many topics that has affected myself and those around me so felt compelled to speak on it.

UK rap fans are heavy on grime and drill. Have you ever considered switching your style of rap and leaning into more grime or drill beats?

I do listen to quite a lot of drill and grime and stuff, and have a couple of tunes in the pipeline with Daniel Adé in which the beats take elements from those genres, but I kind of just make whatever comes out and I guess to this point those things haven’t come out yet.

What rappers influence your music?

It varies so much from song to song and style to style. I take more influence from chord sequences I like and try and pepper in sounds and stuff I like from producers like Kanye and 40. I try to just write what I think me and my friends would vibe out to if we were a listener.

To what extent is your music influenced by R&B?

I listen to a lot of UK R&B I think but I never really break it down into genres in my mind. I am just a sucker for a good melody and I think there are some really talented people making some dope stuff right now.

What artist do you often get compared to? Also, do comparisons bother you?

You’re still climbing the ladder as an Artist, how difficult has it been for you to navigate the music industry as a Black man?

I don’t know to be honest, for me it’s just so much broader than that, like my mindset and maybe kind of imposter complex may have been affected by things I’ve experienced growing up which will have a direct impact on my stuff. But I produce, mix and master all my own music, promote it in house, shoot videos with people I know so I’m quite to myself when it comes to industry stuff.

You play a lot of roles. Sometimes you shoot your own videos. Other times you produce and engineer your own songs. How did you become the versatile individual you are today?

Yeah, I just didn’t know anyone who was going to be able to wear those hats and didn’t have the money to pay people to do those roles when I started making music. I also really believe that pretty much anyone can do pretty much anything with the right amount of time. Like if I were to look at a producer I’d be thinking what is it about them that means that they can do that and I can’t…just time. So I put in all the hours, and at first the mixes were whack, but now they’re not (laughs).

What are your favorite TV shows?

I love TV shows! Atlanta, People Just Do Nothing (shot very locally to me), at the moment (laughs), Married at First Sight, Australia (don’t judge me, I’m hooked), and I’ve recently got back into watching Eastenders and I’m very into it (laughs).

Without thinking, choose one: money or fame?

I’m really not driven by either like that. I like achieving things people thought I couldn’t so I’d have to go for accolades and achievement… Didn’t answer the question at all there really sorry (laughs).