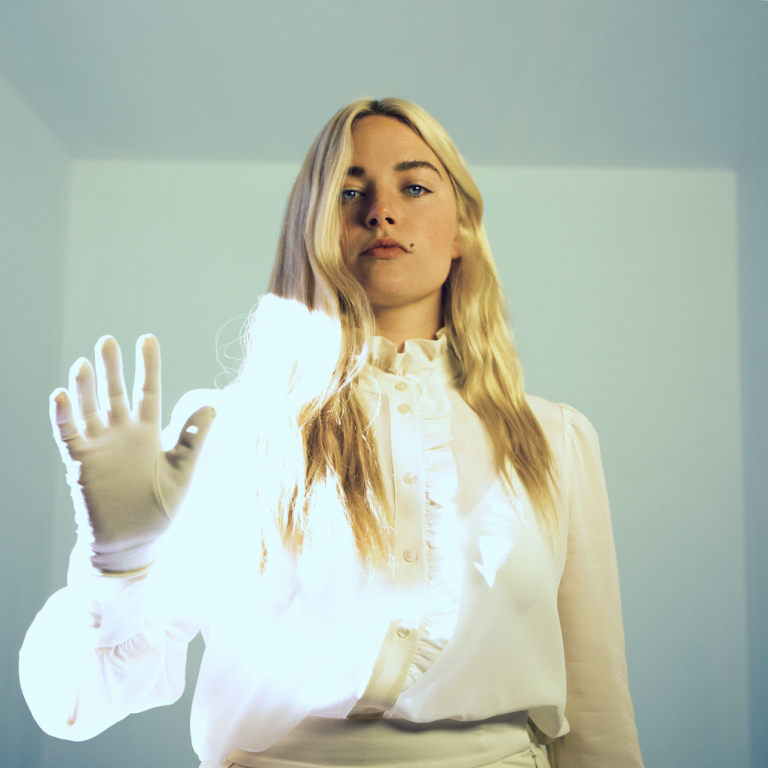 Ashe Goes Through The Five Stages Of Grief On ‘Ashlyn’

Ashe’s 2019 single ‘Moral Of The Story,’ which was featured in the Netflix film ‘To All the Boys: P.S. I Still Love You,’ started it all for the 28-year-old American singer/songwriter. Her debut album ‘Ashlyn’ documents the five stages of grief over Ashe’s marriage.

On this 14-track long project, Ashe depicts her past relationship, which she left as a stronger woman feeling grateful for the person she is. Ashe does not hold back and shares specific details about love, heartbreak, and moving on.

As heartbreaking as ‘Moral Of The Story’ is, ‘Me Without You’ will empower you to stand tall after a break-up. ‘Ashlyn’ is the follow-up to ‘Moral of the Story’ Chapters 1 & 2 (a double EP executive produced by FINNEAS).

“Talking with my lawyer
She said, “Where’d you find this guy?”
I said, young people fall in love
With the wrong people sometimes”

That’s an example of how vulnerable Ashe gets on her record and wants to let everyone know no matter how hard it seems now; it will be okay one day. Noctis spoke to Ashe after her birthday, which she celebrated with her closest friends and a Diane Keaton birthday cake.

What are you most excited for your fans to hear once ‘Ashlyn’ comes out?

I’m just excited for them to hear the world I’ve been creating over this past year. I poured myself into the album and feel really lucky I get to share that with so many people now.

What were the biggest lessons you learnt at the Berklee College Of Music?

I learned a lot about work ethic at school. I think it’s one thing to have talent but nothing will ever be handed to you.

Did you always know you wanted to be a singer?

No, I always knew I loved to sing, but never thought I was good enough to be an artist/singer.

Who/what influenced you the most to pursue this career?

What inspired ‘Save Myself’?

I felt like I skipped over the “anger” stage of grief when “Moral of the Story” came out. There was still a lot of pent up emotion there I needed to uncover and work through.

What is the back story to ‘Moral Of The Story’?

Well, I was once married, it was tragic and toxic and when I got out/ divorced him, I had realized how psychologically abusive that relationship was. “Moral of the Story” was me processing those emotions and learning to be grateful for the woman I am after all of it.

How did you get to collaborate with Niall Horan, why did you want to work with him on ‘Moral Of The Story’?

I think Niall’s voice is immaculate on that song. We were introduced by a mutual friend, Amanda Samii at his label, Capitol, and she really championed me and “Moral of the Story.” Niall loved the song and I felt so lucky he wanted to sing and write on it. His voice is perfect and gave the record another dimension.

What would you say got you through the misery of last year?

Writing my album truly got me through 2020.

How would you describe your collaborative relationship with FINNEAS?

I would describe it as easy, loving, kind and fun. He’s one of my closest friends and making music together has always been really seamless. We both have a great deal of respect for each other.

How did you guys write ‘Till Forever Falls Apart’? What were you going through when working on this song?

I wrote the bulk of the record the day before we were ordered to go into lockdown last year. It was a Monday, I remember, haha. I could feel the world’s anxiety looming over me and while we didn’t know EXACTLY what was going to happen, I think you can feel the tension of the state of the world in that song. I sent “Till Forever” to Finn a few months later and he loved it. It was his first duet/feature record he had ever done so I felt really really honored.

What is the core of your debut album ‘Ashlyn’?

The core of the album is my life. It’s my life and my stories, about time and how there’s not much of it.

What did you want this project to encapsulate?

What are you excited about in the future?

It feels like there’s no limits at this point. I have no intention of world domination but I see a very big life and journey ahead of me, with a lot of love and light. I think shits about to get really crazy.