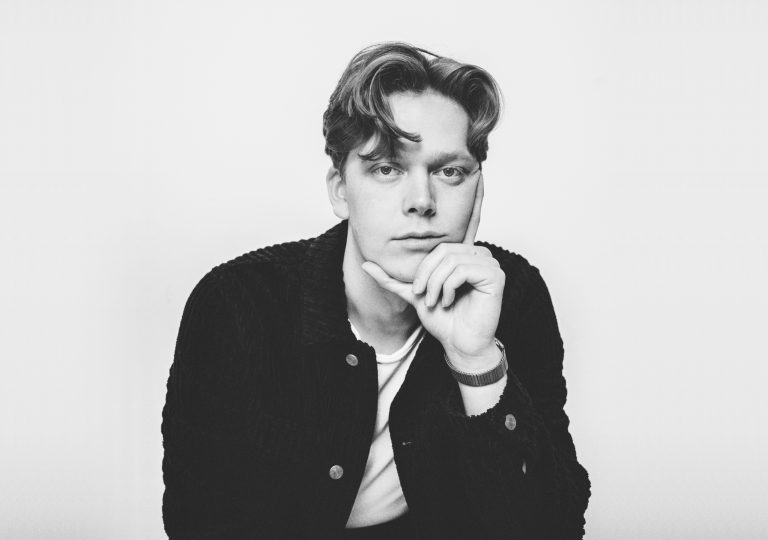 Swedish singer/songwriter Augustine has just released the mesmerising ‘A Scent Of Lily’ – the follow up to debut single ‘Luzon.’

The 22-year old has already captured interest within the indie pop community, and has been compared to artists such as James Blake and Foster The People.

Noctis speak to the talented musician ahead of EP release this spring.

Tell us about your new single ‘A Scent Of Lily’.

‘A Scent of Lily’ is the first song I wrote and produced for myself as an artist, and it’s almost three years old! The production has changed a bit here and there though, but I’ve lived with the same lyrics and chorus for far too long… I’m so glad it’s out in the world and that some people seem to like it.

It’s about losing yourself completely in another person I guess, and the pros and cons that comes out of a situation like that. It’s never easy right!?

Describe your sound in three words

Where do you get your inspiration from?

I mostly listen to music with these ’gloomy’ stories and lyrics! Matt Berninger from The National is the biggest influence in the lyrics I think. I listened to nothing else but Phoebe Bridgers’ “Stranger in the Alps” album for almost three months last year when I started to record the first songs!

What can we expect from your debut EP?

I think you can expect just that! Beat-driven, warm productions and a whole lot of melancholia. The first single ‘Luzon’ is probably the happiest song yet. The others have a bit more gloom to them! They’re also a bit more personal, and I don’t know if it’s a good or bad sign that they’ve turned out gloomier then..

What would you be doing if music didn’t exist?

Good question! I liked psychology in school and I played a lot of football and ice hockey when I was younger. I think I would’ve continued longer with sports actually and I don’t think that I would’ve ever moved to Stockholm. Not that I don’t like Stockholm, I just never would’ve thought of moving away from the country side where I’ve been growing up!

You listed the chorus of Ariana Grande’s “Into You” as an inspiration for your new single. What are your thoughts on the evolving Pop industry?

I think I’m too much of a beginner still to have a good answer. I love pop songs and I understand this and that about the industry but it’s nice to release my own songs independently for now. It’s cool with the bedroom-pop wave that’s in full bloom!

If you could go back, to any era of music. Which would you choose and why?

My parents played a lot of David Bowie, Bob Dylan and ABBA when I was growing up, so maybe the 60-70’s!

What would you like to achieve as an artist?

To be able to tell these little stories as a full time ’job’ is a dream. When the live show is coming together it’s also a dream to take on more stages and get out there and actually meet people who listens to the songs.

What are you currently listening to?

Being an independent artist, do you feel that you have more creative freedom in the way you release your music?

I think so at least! I’ve never been anything else, but it feels nice to not compromise on things when it comes to sound, themes and image etc. I have a smaller team that’s helping me with the productions, the filmmaking, the PR etc and every one of us is on the same page and are working at our fullest potential for the songs.

What are you looking forward to most in 2019?

To get some live shows going, the EP release and seeing Bon Iver live in Malmö in June!