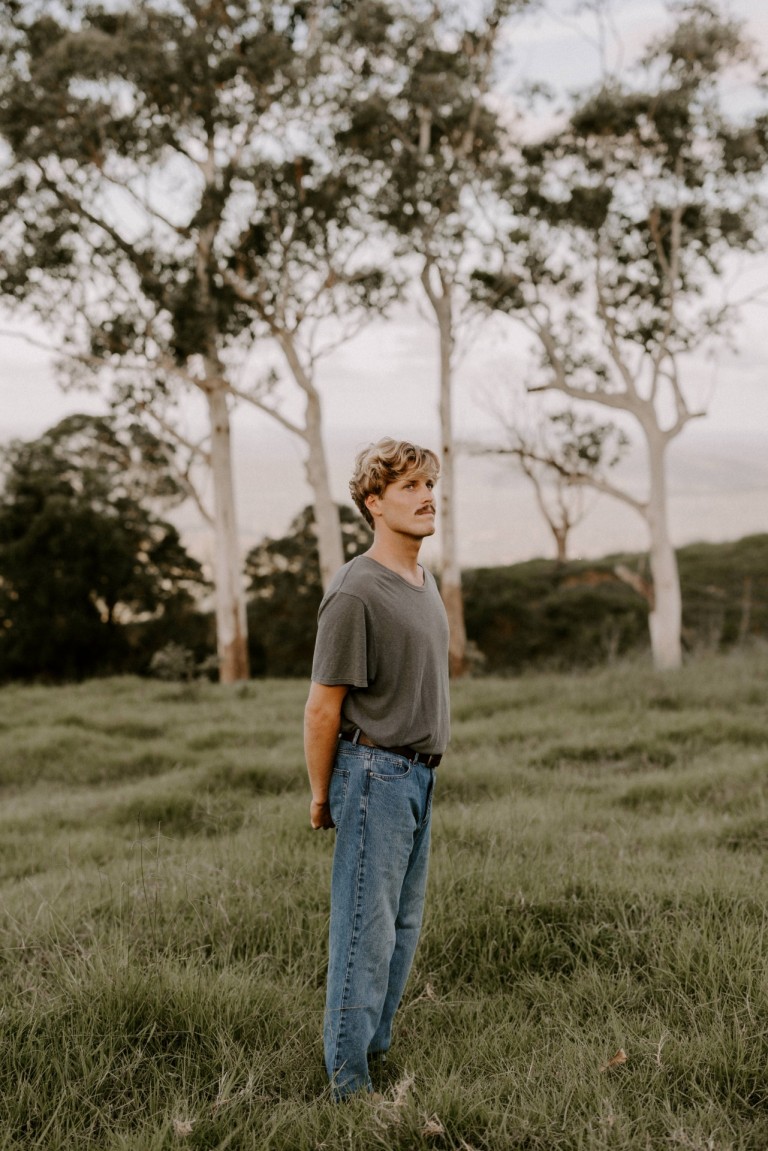 Behind The Album With Ziggy Alberts

Seven years ago, Ziggy Alberts came face-to-face with a life-altering moment of clarity of the ever-so-often mind-boggling contemplation consisting of three letters – why.

“I had some situations in my life where I thought to myself, why exactly am I doing this, and what makes anything that I’m doing meaningful and useful and good for people? For me, I needed something that was a deep chord to keep driving what I was doing. It all comes down to the purpose”, the Australian folk singer/songwriter explains as he marks the release of his sixth studio album ‘DANCING IN THE DARK.’

Hailing from the Sunshine Coast, in Queensland, Australia, Ziggy Alberts feels grounded in his hometown and appreciative of his base: “It’s a really simple place, and the community is strong. That’s where I’ve been living these last couple of years, and only now I’m starting to get back into traveling and hopefully back into touring. I’m very thankful. I think Australia is a really beautiful country and we have so much to explore, and some places have just gone for the first time this year. There’s so much to explore in that country, for sure”, he says.

Today, Alberts drops his new record ‘DANCING IN THE DARK’ as a time capsule of real-time recordings throughout this year. A month before the release, his whole assemble jetted to London to tick off his dream bucket-list items, as having the opportunity to record at the iconic Abbey Road Studios. He also hosted an intimate signing at Notting Hill’s Rough Trade West, where the artist pulled off a masmerising performance. With his acoustic guitar, the entirety of the record’s store capacity was left stunned.

Alberts brings Noctis behind the album and his creative processes in the whirlwind of jetlag and album promotions. For his first post-Covid trip, with a stop-over in Portugal, he wants to work out when was the last time he was overseas: “If I try and think about the last time I was in London, it was raining, I remember. Nothing’s changed”, he laughs. “In the first couple of months of 2019, we played the sold-out Electric Brixton”.

In compliance with global isolation, Alberts did not get the chance to take his fifth studio album ‘searching for freedom’ on the road, a project that he described “as a calm and detailed piece of work.” Always in tune with his spiritual whereabouts, ‘searching for freedom’ made for a sonic cleansing passage that probed the darkest parts of himself in order to leave him healed and open for new memories and experiences.

For the next chapter, that are the contents of ‘DANCING IN THE DARK,’ Ziggy Alberts encountered a curve ball of a global pandemic that encouraged him to stay positive despite the hovering dark energy. Living through an event of this scale, as an artist, he decided to record ‘DANCING INT HE DARK in real time; he elaborates on his reasonings and what this means: “Maybe it’s because I’m a masochist,” he jokes. “I enjoy releasing songs when they are relevant. For example, there was a song off the last album ‘searching for freedom’ called ‘Together.’ And that song I released only two or three weeks after these really massive fires we had in Australia, and I released the song, we raised some money, and I guess it was a response and a support song for that time”.

“The element of real-time music making for what is happening, if you feel inspired to make music for what is happening, it makes it a time code. It’s trying to encapsulate these emotions and this moment of what the collective psyche is going through. That inspires me a lot. That’s what’s really good about being independent and being on your toes. I think as well, with so little touring, it was also nice to release songs regularly. I was trying to keep making uplifting music so that people could feel heard, could feel seen. And making this music for what I think was a really hard time for everyone. It’s a bit of a response to the way we’re like consuming music as well. And it can be easy to complain, but I’m not complaining because I love writing songs, and I write a lot of songs, so it works for me and it has been a nice experiment, but it was definitely a lot harder than I thought to release the songs real-time,” he unpacks.

With his debut album ‘Made Of Water’ released back in 2013, Alberts takes a minute to share a sentimental moment of the beautiful stories and memories he was able to soundtrack. Though he reminisces over the past, he naturally looks into the future and what might be: “Because it has been a big ten years of making music, it’s been intense. Intense on all levels, deeply wonderful and touching and sad and happy and all those things. So it’s looking into the next decade, how will we do things? I think about how I would do things a lot these days”.

Alberts’ active self-awareness techniques ensure his longevity in this ever-so-changing and competitive industry. A significant factor in this equation is his guiding light; he elaborates: “I think when I realized what my goal was, which was to try and make music for the people, for togetherness to create environments of where people were united and in commune and singing and dancing and safe together. That became my big overarching purpose in my music life. And that has been my guiding light. It’s trying to be honest and tell stories of your life for the people and make environments and albums and songs”.

He continues by adding the concept behind the title track: “The whole idea for the title track was there’s a guy who’s in a space shuttle cleaning the windows, thinking about how it’s the same as life on earth, and there are these somewhat futuristic concepts in it, or perhaps in the future that we’re living now is discussed in these songs. It’s not just the topics; they aren’t just about the ocean or my road trips. They’re topics on the discussion of modern society and some of our challenges”.

Inspired by real life and driven by introspective songwriting, Ziggy Alberts dedicates a track, ‘CAMPFIRE,’ to soundtracking a wholesome core memory. “Once upon a time, we finished this tour and we packed the car, and we were so ready to go to this place up north of Western Australia. We got sick, and we never went. Every year we talked about, let’s go on this trip, let’s go on this trip. And life gets busy. And then the next thing you know, we finally, this year, made the decision to go”.

“I had some time off, and we all got together. It was a big dream trip come true. On the first day, we drove maybe a thousand kilometers to this campsite, where you take your own water, you take your own food, and it’s like Mars on the edge of the ocean. I was playing these tiny shows at the campsite, playing to like 40 people. We were getting the most ridiculous waves all day. It makes me so excited just talking about camping,” he smiles. “There were the most beautiful stars you’ve seen. We were making these music videos on top of the cliffs, hiking up the cliffs with our guitars, and shooting these music videos. Good trip for the soul”.

Similarly, as the ‘DANCING IN THE DARK’ album, Ziggy Albers produced a heartfelt social commentary that feels like a warm hug wrapped in a safety blanket. Before heading off on his May/June tour, with a significant stop at London’s O2 Brixton Academy, he plans to take it easy: “It will be at least a moment before I’m back making a new album. I think I’m ready to sit and let these reach the people”.