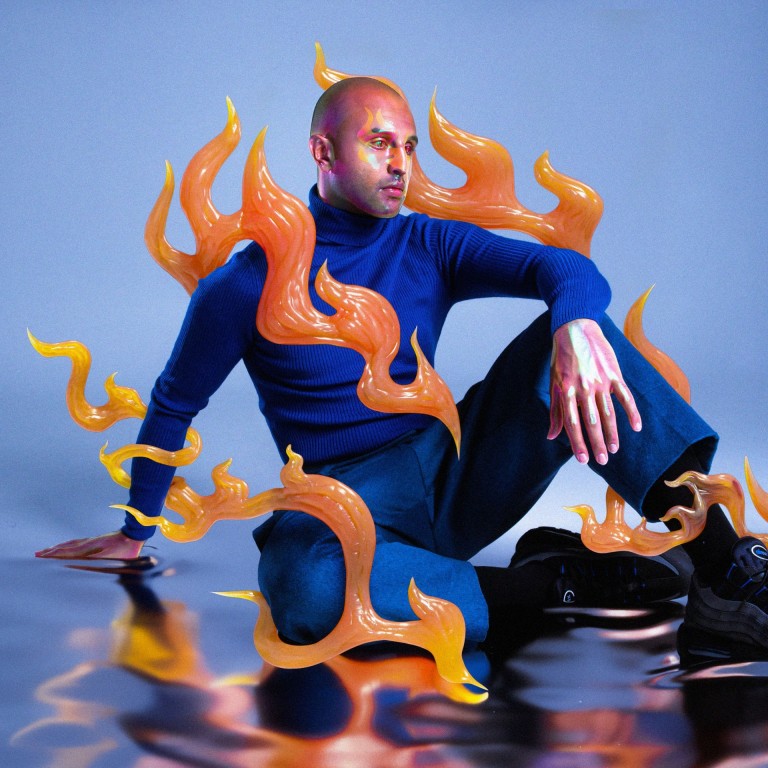 Ferdous is no stranger to the music industry. A stint in a successful pop duo called Klyne, that played support slots with the likes of Metronomy and Christine and the Queens, earned him his stripes and developed his musical talent. Now, with a warm welcome to the music industry, he’s managed to play the Khruangbin’s aftershow party in Amsterdam, and confirmed his slot at Reeperbahn Festival just this year as a solo artist. His music experience is apparent in his recent irresistible new single ‘Sad Nebula.’ We sat down with FERDOUS to discuss it all.

Your sound is a great mixture of electronic, alt-pop and R&B, can you tell us who your musical inspirations are?

There’s a bunch of artists through many genres that influenced me in different ways. Soulwax/2ManyDJs is still my primary influence thru their inventiveness and variety of how they’ve always done music, visuals and live shows – and how much effort they put into reinventing themselves with whatever creative output they have. In my teens I was always a huge fan of that entire Electronic scene with artists like Tiga, Boys Noize and Erol Alkan, but Soulwax always really seemed to merge this scene together with completely different musical worlds, which was really bold, that still inspires me today.

What made you decide to take that step into making this a career?

It kinda happened in my late teens when I was failing my studies because I was spending 90% of my time on making music still. When I dropped out of my first studies, I just thought f**k it I’m gonna try and get signed by my all-time favourite label which was Turbo Recordings, which eventually worked out, I honestly still can’t believe that happened cos that’d been a childhood dream of mine. I’ve loved doing music since a really young age, the longer I kept doing it and kept looking for my own sound, the more I realised it’s a never-ending quest, it’s so challenging and fulfilling at the same time, at a certain point I couldn’t imagine my life in any other field anymore.

Well done on performing at Khruangbin’s aftershow party, how was that experience?

Thanks! It was a lot of fun, I was kinda stoked they had me at the aftershow, I literally just started doing shows around that time so I didn’t have much of a portfolio, so it felt really good to get that kind of approval early on ngl.

We also know that you were a member in pop duo Klyne, what did being in the duo teach you?

Literally 90% of all life lessons I received during Klyne, whether that’s about health, creativity, music business or whatevz, it’s way too much to fit into one answer lol I could write a book about it someday.

What have been your toughest moments as an artist? And do you feel better through overcoming them?

I feel like hardships can’t be avoided and they’re definitely part of being an artist. I think my toughest moments were when I thought I had to be able to solve every problem on my own. Reaching out and asking for help was the best decision I ever made.

You’re smashing it at the minute! What are your plans going forward?

<3 I’m finishing up a new project at the moment which is incredibly exciting for me. It’s gonna be a really weird project with a lot of bass-heavy songs, might be like a polar opposite to my last project Doors. I’m working with 3D artist Niko Zelenik who’s building a crazy visual world around the music, beyond excited to put this out, the project is coming early 2023.