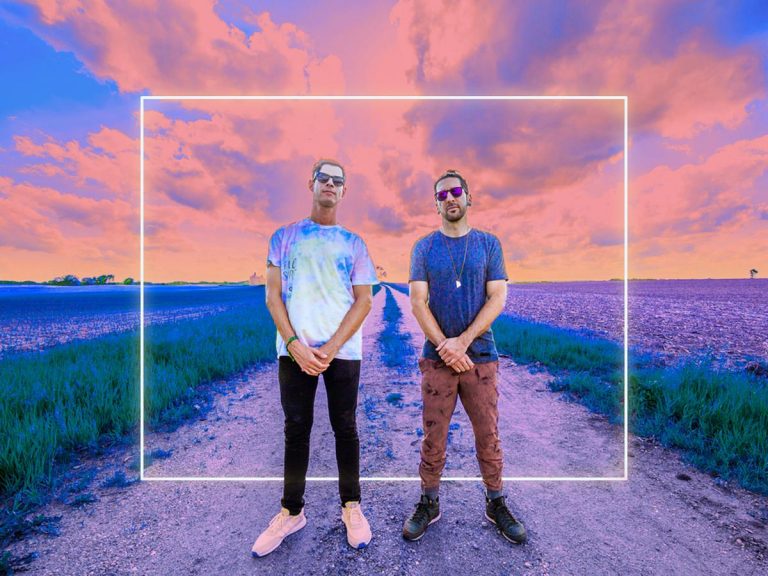 It could be a very bold statement, but I’m confident enough about the message, so I will go ahead and say it. The Colorado electronic-funk duo, Big Gigantic, Jeremy Salken, and Dominic Lalli are the nicest guys in EDM music today.

For the release of their newest single, ‘You’re The One’ featuring a mysterious singer NEVVE, Jeremy and Dominic asked their fans to answer a very simple but complex question – what do you love about yourself? The response was heartwarming and set the duo very well. Looking back at their lives and music career, they always circle to giving back to others.

Today, Big Gigantic has over 80 million streams that keep on rising. Their signature saxophone and funk sound all began with a pizza delivery guy, and a barista chasing their dream of being a musician and law of attraction did its thing once again. Let’s dive into what makes Jeremy and Dominic Big Gigantic.

First of all, let me introduce the guys behind the Big Gigantic stage name, who describes themselves followingly: “My name is Dominic, I love music and playing saxophone and writing songs and I’m also really weird”, and “Hi my name is Jeremy, I’m a Pisces, I play drums, and I love long hikes in the mountains”.

Jeremy and Dominic describe their sound as “a big mix of electronic sounds and musical instruments.” However, it is their answer to what they want their music to represent that will warm your heart: “Something good in this world and something people can relate their life experiences to.”

The repertoire of Big Gigantic consists of songs with important messages featuring artists from rapper to singer/songwriters. Both Jeremy and Dominic make it seem like their Big Gigantic productions are effortless: “Always comes together a bit differently but usually a couple strong harmonic and/or melodic ideas start to work together and before you know it you’ve got a song going.”

When it comes to their choice of collaborators, Big Gigantic worked with a variety of artists such as Logic, ROZES, Angela McCluskey, Pell, Waka Flocka Flame, and many more. Jeremy and Dominic elaborate: “There are so many wonderful artists out there, and it’s pretty random how we usually meet other artists we work with, but we’re always looking to work with other creative people anywhere and everywhere.”

Jeremy’s favorite song to perform is Big Gigantic’s collaboration with Logic and ROZES on ‘All Of Me.’

Whereas, Dominic went for the soft ‘The Little Things’ featuring Angela McCluskey as his favorite to perform.

Nowadays, you could say the amount of producers is rising due to the emergence of technology and access to the essential softwares. The question is how hard or easy is it to make it today. Both Jeremy and Dominic agree on becoming a musician being hard no matter the genre, “It’s hard to make it anywhere in the music industry,” says Dominic.

Jeremy throws a little life motto spin on it: “It’s been a challenge for sure. We’ve been doing this for over 10 years now! We love it though and wouldn’t have it any other way. Anything worth doing is going to be hard!”

Hard work really does pay off, as Big Gigantic’s work is getting more recognition and is receiving critically acclaimed success. Their newest single ‘You’re The One’ with a singer NEVVE on the vocals, aims to spread love and positivity.

“With Big Gigantic, we’re very into spreading a message of love and bringing people together. It’s something we’ve always strived to do. Basically, ‘You’re The One’ is an ode to yourself, essentially saying that.. before you can spread this love around you ultimately have to love yourself first and be happy with who you are etc”, they explain.

Big Gigantic is quite literally a big bundle of love that they want to share with their fans like Jeremy says, “We’re trying to start a conversation with our fans.” One of their recent efforts is a simple question they’ve asked their fans on Instagram – what do you love about yourself. It is also their Spotify bio with a picture asking the same thing: “So we’re asking our fans, what is it that you love about yourself? Because maybe that’s something they’ve never really thought about”, says Dominic.

Until we get a bigger taste of what is to come from the Big Gigantic world, Jeremy and Dominic are super excited for their show at the Brooklyn Mirage and the whole show in 3D. Watching a concert with 3D glasses on is a huge step up for the performance art especially in the music scene.

The guys from Big Gigantic are pushing the boundaries and spreading love amongst their fan base and generally around the world. Make sure to tune in with “You’re The One” and enjoy the rise.