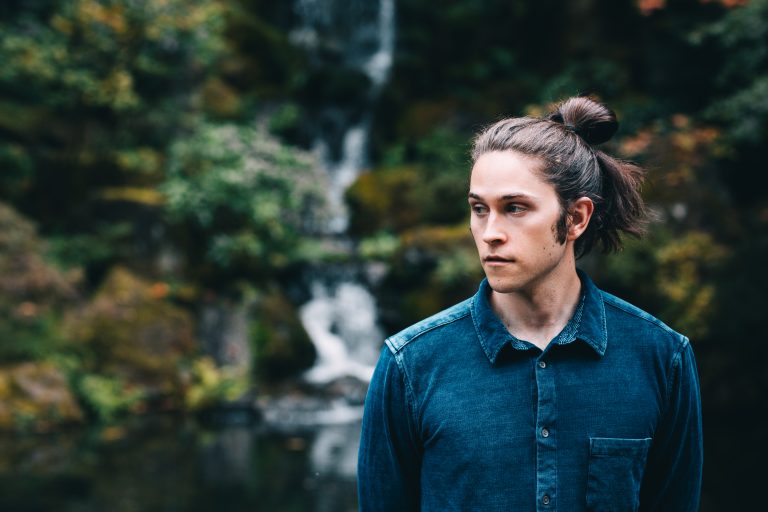 What is the first thing on your mind when you hear words ‘Big Wild’? Wide spaces, running away, adventure, something along these lines? You’re on the right track as that is exactly the sound of Massachusetts’ producer Jackson Stell, using Big Wild as his stage name. Besides being one of the fastest-rising electronic artists, Stell is a multi-instrumentalist previously focusing on making hip hop beats. This year, Big WIld comes out with his first album ‘Superdream’ that already received several remixes by names like Alex Metric, plusko, Crooked Colours, GG Magree.

Stell shares a story about a life-changing experience that commenced the whole Big Wild journey: “The name “Big Wild” is about being adventurous and embracing your curiosity. It was inspired by my first trip to California and visiting Big Sur. It was a pivotal moment in my life when I was starting a new chapter and new I wanted to try something new musically, as well as move across the country. That feeling of being on the edge of change and diving head first into it- that’s something that’s driven this project and influenced the name ‘Big Wild’”.

It is fair to say that hip-hop is what initially prompted Stell’s passion for music. Taking inspiration from producers like Dr. Dre, Stell talks about how music became the center of his universe: “Music for me has always been such a form of self-expression. When I was in middle school, I was really into hip-hop, especially the beats behind the artist. Producers like Dr. Dre, Timbaland, and the Neptunes really inspired me to create my own instrumentals and find my distinct sound. I downloaded the FL Studio demo, which is production software, and got hooked super quick. Having the ability to create an entire song with drums, melody, harmony, etc. was so inspiring. I knew pretty much immediately that I wanted to make my career and life centered around music”.

After a while of being a hip-hop beat producer J Beatz, Stell changed his narrative, and he gives us the reason why: “I wanted to make music that didn’t need a topline from a rapper to be complete. I wanted to be more self-sufficient and create full instrumental music that connected with people. Electronic music was that outlet for me. The experimentation and possibilities seemed endless, and I was finding so much inspiration from other producers on Soundcloud. Ironically, lately, I’ve begun going back to my roots of having toplines but this time with my own voice”.

“My music/sound is pretty diverse- I take influences from all sorts of styles and sounds and mix them with my own personal style. I sing, produce, and write it all myself, so my songs are very much a representation of me”, says Stell who is as well as a producer a multi-instrumentalist switching between multiple instruments – drum pads, synths, keyboards & live vocals that ensure a dynamic live Big Wild performance.

The better the technology gets, the chances of someone becoming a producer are increasing. We asked Big Wild how he differentiates his sound from other beat makers: “I try and tap into myself and what I genuinely enjoy making. That’s something I don’t compromise on, and I think that helps keep my sound unique to myself. I also like to explore new inspirations and try and blend them with other influences of mine. You can create some truly different sounds when you bring seemingly different styles of music together”, he reasons.

Earlier this year, Big WIld released his first album ‘Superdream’ that is everything you would hope for. Stell refers to it as a vulnerable experience: “I’m nervous with just about every release I’ve ever done, regardless of whether it was my first song or Superdream. Putting out music leaves you vulnerable as an artist”.

Stell uses music as a way to express the feelings we all go through, such as love, change – voluntary, and involuntary. He elaborates on the album’s backstory: “Essentially ‘Superdream’ is a reflection of moments in my life- the album covers a variety of topics that are all rooted in my own personal experiences but are universal in scope. Existentialism, falling in love, and moving across the country are some of the things I sing about. I wanted to create a personal record that people could really relate to”.

Due to the success of his first album ‘Superdream,’ Big Wild collaborated with other producers to put out ‘Superdream (Remixes).’ Stell talks about the artists he featured: “I connected with Rationale and iDA HAWK in two very different ways. I had previously worked on ‘Invincible’ with iDA HAWK, and we gel really well together in the studio. I had written and made the instrumental for ‘Alley-Oop’ but knew it needed a big vocal on the chorus. I had the lyrics and melody in mind, and iDA was the obvious person to sing it. She came to Portland and laid it down, along with her own unique touch on the bridge. As for Rationale, he’s someone I had been trying to collaborate with for over a year, and when I finally had a chance to send him some demos, he really vibed with ‘6’s to 9’s’ and sent over a full topline and lyrics. I was so excited by what he sent back that I went back into the production of the track and finished it around his vocals. Both of the collaborations on the album are some of my favorite tracks of Superdream. I wanted the remixes of Superdream to be diverse and cover a wide range of styles. The artists I chose – Alex Metric, Crooked Colours, pluko & GG Magree – added their own color to my music, and it has been amazing to hear their interpretations”.

In September, Big Wild is excited to perform at summer festivals especially at Red Rocks. Besides his exciting live performances, you can also look forward to a stripped back version of ‘Superdream’ that he described as ‘a rewarding challenge.’