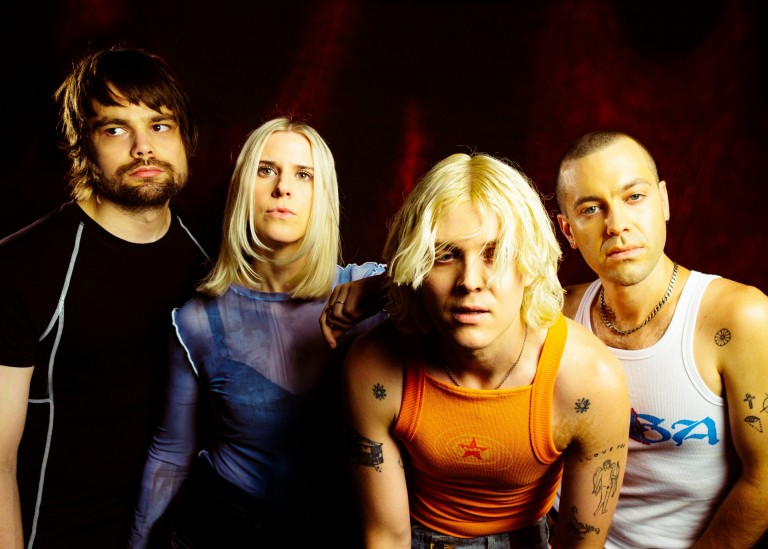 Catching Up With Cub Sport

After almost three years, Australian pop sensation Cub Sport returns to Noctis for a much-needed catch-up. Caught on 11/11, as they finish up a soundcheck for Melbourne’s Summercamp Festival, the Brisbane-based formation manifests world domination, Fredagain… x Cub Sport collaboration, and more of ‘living in the moment.’

Since their self-titled 2019 album, Cub Sport’s Tim, Sam, Zoe, and Dan have released a new project ‘LIKE NIRVANA,’ where Nelson’s lyrical inspiration opened up old wounds: “It feels like a massive purge of some of the heaviest things I’d been carrying with me. I say a lot of things in that album that I think I’d been avoiding saying out loud for my whole life, and in a way, it set me free”, he explains.

Today, Cub Sport celebrates a new, uplifting chapter with singles ‘Replay‘ and ‘Always Got The Love.’ Nelson says ‘Replay’ highlights the urgency to look forward rather than to look back. Hence the band implements a new dance-pop direction and more profound visual expression and has centered around their queerness.

The captivating ‘Replay’ music video is self-directed and edited by Tim Nelson himself that exquisitely transforms the Jim Carrey & Kate Winslet sci-fi romance ‘Eternal Sunshine Of A Spotless Mind’ into a queer re-imagination.

At this stage, the four-piece is coining the most precious group title to come out of Australia. Cub Sport always leaves you wanting more with new experimental dance-music-inspired sounds and timeless loved-up undertones. If you would like to witness their transformative shows, Cub Sport is heading overseas in April/May with dates in Glasgow, Manchester, Bristol and London.

Where are you based right now?

We’re all based in Meanjin/Brisbane but we’re in Naarm/Melbourne to play at Summercamp festival this weekend. We just finished our sound check and I’m sitting side of stage. The festival’s held at a velodrome which I think is gonna be cool. It’s a little overcast right now but thankfully the rain is holding out and everything’s feeling goood!

Congratulations on your new release ‘Replay’ and the stunning visuals, what is the track about?

Thank you!! It’s about moving forward. I was thinking about how sometimes we look back and miss things even if we don’t really wanna go back… how you can love something but outgrow it.

What mainly inspired the ‘Replay’ visuals, and Tim, what did you want people to feel when watching it?

It was largely inspired by Eternal Sunshine of the Spotless Mind. For anyone who hasn’t seen it, it’s about a couple who undergo medical procedures to have each other erased from their memories. It’s kind of like a queer reimagining of that, with a bit of a nod to Groundhog Day too. Sonically and lyrically ‘Replay’ feels like a big build-up to this moment of release around the 2 minute mark, and I wanted the visuals to mirror that journey

What is important to you as a band to express in your music?

Whatever feels right I guess! Expressing our queerness has become pretty central to the Cub Sport vision. When we started the band none of us were out yet so it’s been a fun evolution embracing that.

How was your lockdown situation?

Overall we were super lucky in Brisbane. We only had a few proper lockdowns where we couldn’t leave the house and none of them were super long. In Australia our state borders would close every time there were new cases, so it was pretty weird but I look back on it fondly. Especially all the extra time spent with our dogs Missy and Evie

What kept your creative juices flowing during these times?

I think a combination of things… I was partly just processing what was happening – both in my life and in the world. Sometimes I can’t get past a feeling until I’ve gotten it out through writing/recording, so there was that! I was also thinking lots about how it would feel when we got to the other side of lockdowns…. What I wanted our live shows to feel like, what I wanted the energy around Cub Sport to be when we could finally return – that prospect was pretty inspiring!

What is your favourite album/project you released and what period of your life did it represent?

I really can’t choose. They’re all very precious to me and represent pivotal moments in my life. BATS is a pretty special one ‘cause I came out as queer in the middle of writing it, so it kind of tracks that journey. Our self-titled album was the first body of work I created being ‘out.’ Sam and I got engaged during the creation of that album and I felt free to write completely openly about our love without feeling like I had to filter anything. I think my favourite work so far though is the stuff I’ve done over the last couple of years that hasn’t come out yet!

Could you elaborate on your previous release ‘Always Got The Love’?

This song was inspired by a day in early 2021 when Sam and I were on a road trip. We went to this beautiful beach in NSW called Hyam Beach and we were just hanging out, swimming, smoking weed, laughing. I’d felt pretty flat for a lot of 2020 and that particular day at the beach was just so genuinely joyful. I remember thinking I wanna try and hold onto that feeling and capture it in a song. The next month I was in Naarm/Melbourne and had my first ever writing session with Simon Lam. This song flowed out really easily and it quickly became that song I was hoping to write.

What is love in your eyes? How would you describe it to someone who has never felt it?

I think love is like the opposite of fear. It feels like someone wanting the best for you on the purest level.

LIKE NIRVANA is a very deep and special album. I wrote and produced a lot of it in my home studio and to me it feels like a massive purge of some of the heaviest things I’d been carrying with me. I say a lot of things in that album that I think I’d been avoiding saying out loud for my whole life and in a way it set me free. We released it pretty early on in the pandemic so we never really got to tour it but we did play a couple of socially-distanced hometown shows where we performed the album start to finish. They were super powerful shows but it was kind of hard to perform to be honest, like I was holding back tears and pretty overwhelmed with emotion. I definitely love giving and receiving that emotion in a performance, but after those shows I got a feeling inside that it was time to push forward and find a way to bring more joy to the Cub Sport live show… mainly for myself. And that kind of informed the vision for what would come next. I’m trying not to give away too much of what’s on the way, but this next era feels more uplifting than anything we’ve done before. It’s still very heart-centred and emotive, but the feeling is lighter and I can’t wait to share more of that with people.

How would you describe the music you’re working on at the moment and what are your current biggest inspirations?

‘Replay’ features more house music elements, is this something you will want to incorporate more in your music?

Yeah I feel like we’re heading in more of a dance/pop direction at the moment and it feels really good!

Outside of music and being a band, what makes you happy?

Being with our dogs Missy and Evie, being in nature, swimming in the ocean, swimming in waterfalls, making delicious vegan food, being with best friends, weed and going for walks.

Today is 11/11 (not the same day as you’re answering these of course), what are you manifesting for your future personally and professionally?