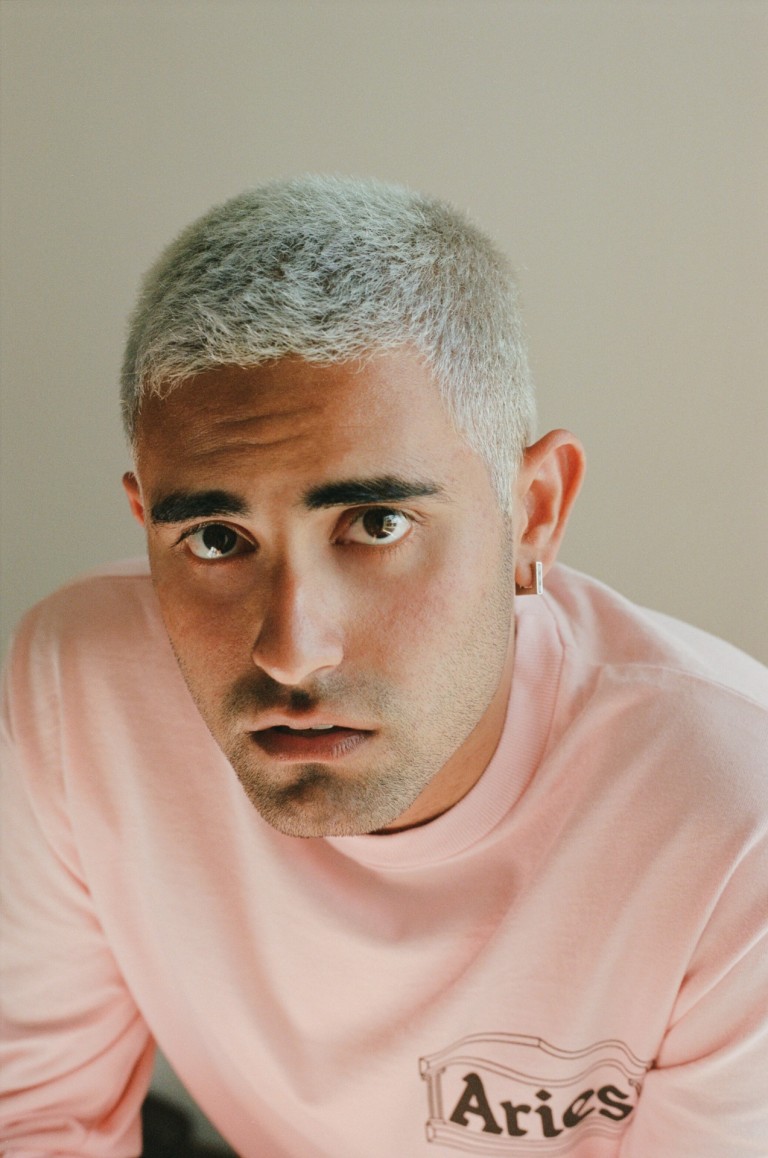 “Go. Leave. Don’t waste your twenties on me,” sings Ashley Singh on his breakout single ’10 Summers.’ As a wise man once said, if you truly love someone, the best thing you can do is to let them go. Singh translates this phenomenon into a raw, heartbreaking record that generated major buzz.

’10 Summers’ is also the opening track of Singh’s debut EP ‘Between Love and Lonely,‘ further exploring his past relationship and the breakup desolation. His latest single ‘Autopilot’ is a heartfelt realisation of constant crippling longing that cannot be fixed by a drink or two.

The 24-year-old rising newcomer from East London has been leaving a mark since ’10 Summers’ with his diary-like lyricism and expressive vocals. The new single ‘Autopilot’ carries heavy remarks on the destructive behaviors to vanish any memory of ‘her.’

Ashley Singh’s presentation and artistry are honest and vulnerable, as he admits turning his journal entries into real-life-inspired songs. His journey goes back to when his 16-year-old self had to decide what was next. After attending ELAM (East London Arts and Music), his dream of becoming a singer became tangible.

Today, Ashley Singh receives airplay by the likes of Jess Iszatt at BBC Introducing London and overall exploding 20 million views across all video creations. Read out conversation with Ashley Singh, celebrating the release of his debut EP ‘Between Love and Lonely.’

Congratulations on the success of your single ’10 Summers’, how do you feel about the reaction it got?

Thank you! It’s nice to know there are others who have felt the same way as me. It was a difficult song to write but it makes the feeling behind it easier to deal with knowing that I’m not alone.

Do you remember where and when you wrote the track?

Most the of the lyrics came from a journal entry I had written. I then wrote most of the song whilst I was house sitting for a friend. My mate Danny Connors then jumped on Zoom with me to help finish it off.

What initially inspired the lyrics?

It’s inspired by a time when I felt like I was holding my girlfriend back. I was very low and I believed I was dragging her down with me. I honestly thought she was wasting her twenties on me and decided she’d be better off without. Most of these lyrics were in a journal entry I had written at a time when these feelings were most prevalent.

What was the hardest thing about writing ’10 Summers’?

The hardest thing was admitting that I was the toxic one in the relationship. I feel like a lot of songs don’t talk about that but that’s how I felt and couldn’t not write about it. I needed to get that feeling out.

Did you play it to your girlfriend, if yes, what was her reaction?

I didn’t play it to her when we were together but she’s heard it now. She really likes it haha. We’re still good friends.

How did you come up with the ‘open verse challenge’? What were some of your favourite responses?

TikTok is such a creative community and I’m always trying to think of ways to engage everyone and make as many people as possible a part of the process. I just think it’s amazing that you can attain someone’s perspective on your song from across the globe. My favourite ones were released as a mini project called ‘10 Summers Open Verse Editions’. There were so many to choose from and I wish I could’ve released more of them!

What can you share about your upcoming EP ‘Between Love And Lonely’ and the track ‘Autopilot’?

This EP is about the same relationship that 10 Summers is about. It has two songs that are positioned from a time when we were together and 3 songs from a time after we had broken up. So hopefully it takes any listener on a journey with me between love and lonely. Autopilot was incredibly fresh after the break up. I felt as if I was moving through life on autopilot, doing anything (no matter how destructive) to not be reminded of her.

When did you know you wanted to become a singer?

I knew I wanted it for sure when I was 16. The time had come to choose what to do for sixth form. I decided to go to ELAM (East London Arts and Music) and it’s here that the dream became tangible. That felt like a definitive turning point for me.

I started playing guitar when I was about 14. I thought it’d be cool to learn so I’d get to school at 7am every morning. The cleaners would have the music department open and I’d sneak in and hide in one of the rooms. The music teachers soon caught on that I did this but all I was doing was grabbing a guitar and learning new songs on YouTube, so they didn’t mind haha.

What was your reaction to have your songs played on Love Island, did you know in advance?

It was great! It’s always amazing to see your songs in new contexts and this was a first television sync for me. I actually didn’t know too far in advance! I got a DM from someone at the show about 30 mins before.

You’re based in East London, what are some of your things about East, want to share any favourite spots?

It’s home to me and the fact that my family are still there is my favourite thing about East. I go to WAVE in Hackney a lot to journal and this is actually where most of my lyrics start. West Ham Park is also close to my heart, it’s where I’d go with my dad and my mates to play football all the time.

What is next for you? What are you manifesting for your career?

I want to keep writing honestly and hopefully offer more comfort to those who feel similarly. Of course I want to achieve everything there is to achieve. Who wouldn’t? I have a vision board on my bedroom wall and I hope one day I can share it and be like ‘all of these have come true’.