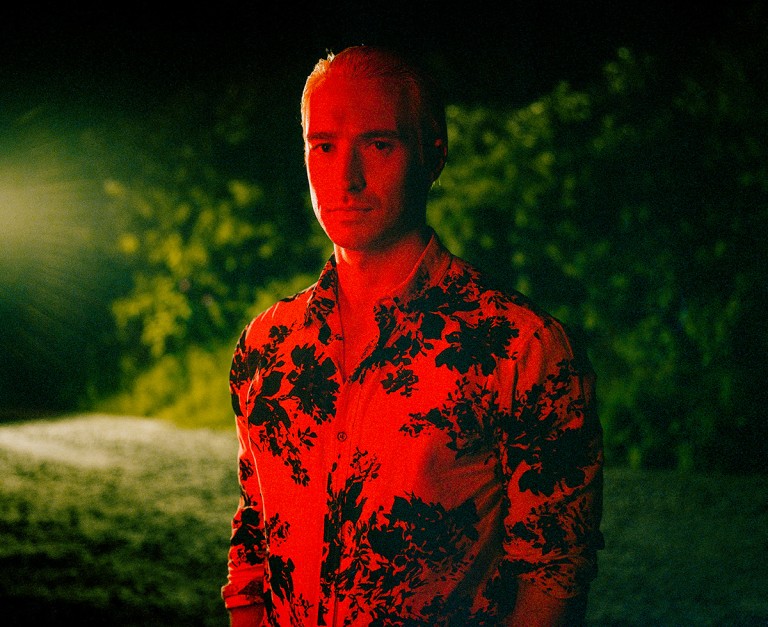 Irish artist Christian Cohle released his atmospheric, genre-defying debut album ‘Holy Trouble’ in 2021. He now returns with the intimate new single ‘Spinning Heart’, a candid insight into the breakdown of a relationship. We caught up with Christian to delve deeper into his artistic inspirations and the surprising additions of new components into his sound.

Fans might be surprised to hear acoustic instruments on ‘Spinning Heart’, why did you choose to add in this new element to your sound and what do you feel it adds to the track?

I had acquired a beautiful Japanese piano, a Kawaii upright, that I bought for my studio. I love the intimacy that the piano gives when I’m tracking with it. There’s a gorgeous loneliness to it. When I hear the piano track, I can hear literally just me sitting there in the room alone tracking. My co-producer Michael Heffernan, was amazed how great the piano sounded, so all the piano was tracked there at home. It gave a very personal touch and intimate feel to the track. I think combining the electronic and acoustic elements together create such a wide and rich space sonically, which is what I wanted. I wanted Spinning Heart to sound huge, while also bearing an honest bare intimacy to it, so hopefully that was achieved. Adding in bassoon then, performed by the incredible French musician Renaud Gabriel Pion, just lifted things up again, and really added to the whole spirit of the song I think.

The title of ‘Spinning Heart’ was borrowed from a book of (almost) the same name by Irish author Donal Ryan. Does literature inspire your lyrics or do you believe in a more personal approach?

Borrowed, or stole? That’s the question. Hah..I hope Donal Ryan doesn’t mind… I’m a huge fan of his, the title just rings so true to me. The imagery of the title took on a meaning that was intensely personal at that time. I had to use it. I’m inspired by whatever, be it cinema… literature…other music, even video games sometimes. I always write from my own experiences though, the other influences come in as little references sometimes, but the overall approach is always very personal.

You released your debut album ‘Holy Trouble’ in 2021, do you feel pressured to reinvent yourself  and create a new ‘era’ for yourself, like so many artists choose to do, now that you’ve released your first album?

No, I feel zero pressure in that regard. If anything I find that each release brings an opportunity to explore new things, to try to be more brave and to grow by continuing to push out the boat more and more each time. It’s challenging for sure, especially after you’ve released your first album, because you’re no longer working from a total blank slate; but ultimately it’s really rewarding.

Like many artists over the past couple of years, you were writing music during a pandemic. Do you think a lack of resources due to lockdowns has made you a more creative artist?

I’ve always been relatively self-sufficient when it comes to doing what I do, I don’t like having to rely on anyone, to make the music I want to and to express myself, so fortunately not much really changed for me over the pandemic, having most of my gear at home and a studio there. Renaud Gabriel Pion, my horn player on the track for example, lives in Paris. He was able to record all his parts and then just send back the tracks to me and Michael to arrange ourselves on Pro Tools, so it all worked out. We were able to work remotely without any hitches during the lockdowns.

Now that you’ve released your first single after your album, what lies ahead for you?

Continuing to tease out new releases, and getting back on stage! I want to experiment more with my live set up too. I love performing live, I realised how much I missed it last year when shows started happening again. I’m booked for a couple of festivals so far, and hopefully more shows will come along my way now that the world is beginning to open up again. We actually managed to put together a live show here in Dublin with my electronic set up, plus live drums and sax which turned out really cool. It was my first performance after two years, ’cause of all the lockdowns. I’d love to organise another headline show again this year!