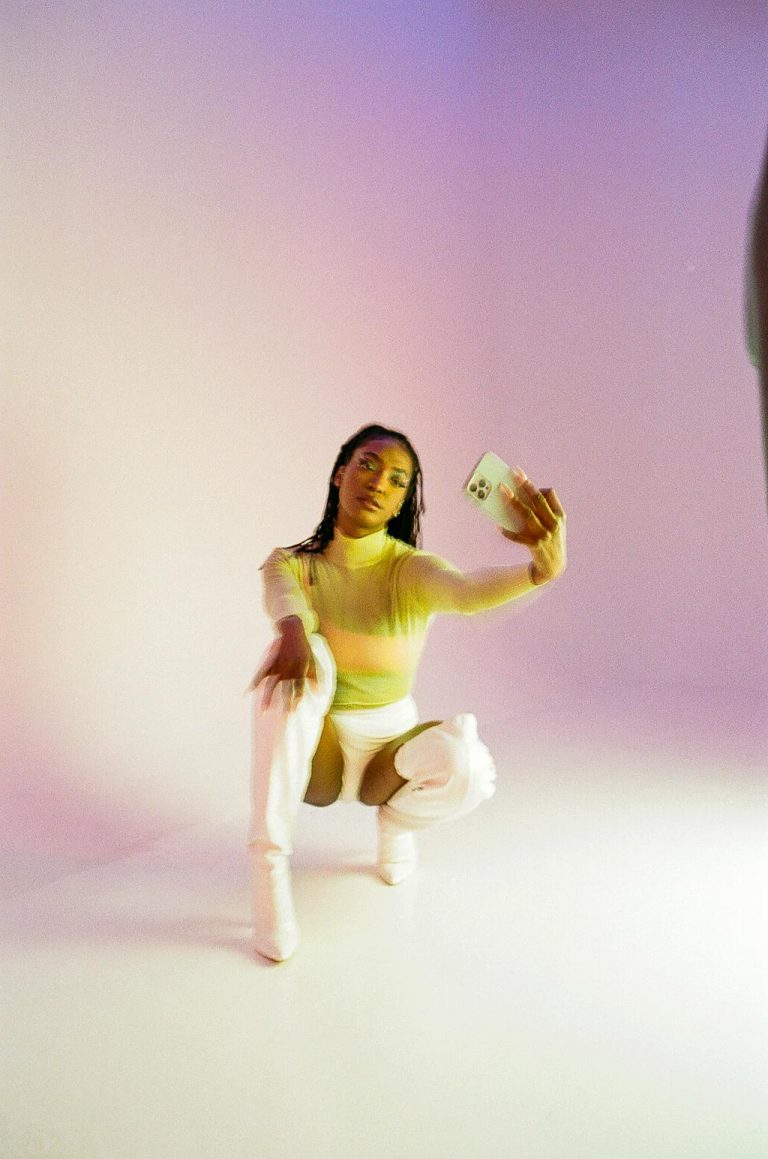 Delivering one sass-soaked single after the other, emerging R&B talent DEJA is truly an artist to keep your eye on. Based in West London, DEJA has undoubtedly blown up within the scene off the back of her immense vocal talent and captivating presence. She shared her debut solo release ‘Control’ back in 2020, after massive features on a number of dance tracks, most notably Tom Ferry’s ‘Don’t Call Me Baby’, which has amassed over 1 million streams on Spotify to date. ‘Control’ is a dancefloor-ready banger, which the visionary artist followed up with rather lighthearted single ‘ted talk’, perfectly showcasing her versatility before her debut 6-track EP ‘Intro’, which arrived on digital platforms earlier this year.

Originally from Solihull, Birmingham, DEJA now resides in West London, where she is feverishly working towards taking her buzzing career to the next level. Growing up in a family of music enthusiasts, DEJA has been surrounded by music her entire life and cites a variety of Soul and R&B icons as her inspirations, among them Stevie Wonder, Destiny’s Child, Aaliyah and Usher. She began singing, writing and performing at the very tender age of 14, and has now fully found her voice and style, as well as earned recognition from massive names such as The Jacksons, Emeli Sandé, Macklemore, Etta Bond and Ady Suleiman just to name a few.

‘Intro’ earned DEJA support from a wide range of tastemakers, among them Notion, Trench, Clash Magazine, Guap, Lyrical Lemonade, Mixtape Madness and BBC Radio, allowing her to secure her place as one of the most exciting up-and-coming musicians within the R&B space. Now, DEJA has returned with her first single after ‘Intro’, confident and catchy gem ‘Boujee‘. Coming alongside a playful music video, ‘Boujee’ is without a doubt an instant hit, brought to life by DEJA’s steamy vocal performance and empowering lyricism. Driven by an instrumental that carries an undeniably catchy energy with its plucky bass patterns, playful arpeggios, jazzy chords and bouncy drums, ‘Boujee’ is DEJA at her very best, and we can’t get enough of it.

“Self-love and confidence. What’s wrong with it? On the day I wrote ‘Boujee’ I was feeling myself and I wanted the single after my EP to make the people feel the damn same. “I’m that bitch” is repeated at least 20 times so if you didn’t know before, by the end of the song you will!” explains DEJA.