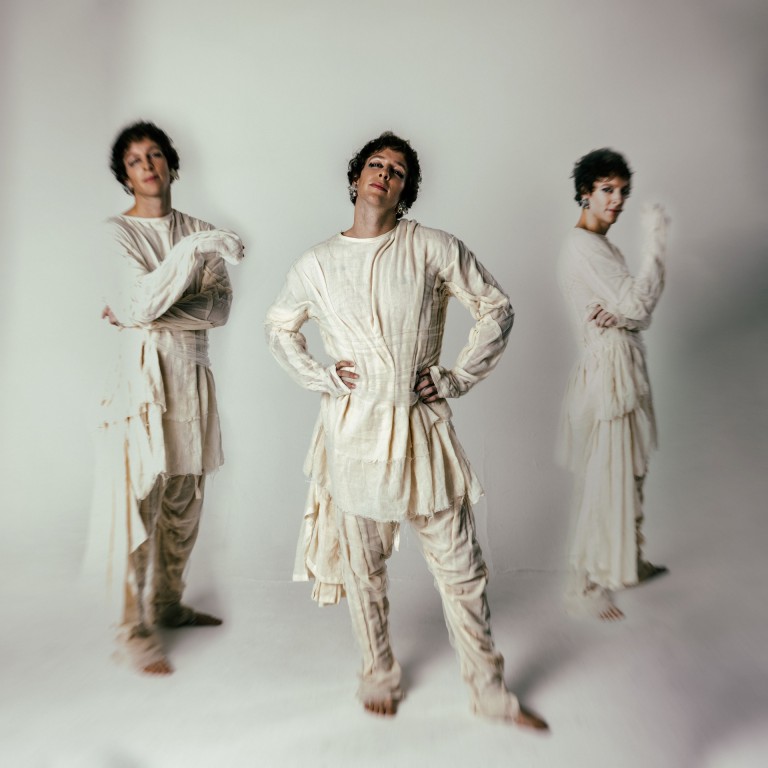 Every now and again an artist comes along and defies industry expectations, sticking a metaphorical middle finger up to the age-old status quo. Since the ever-thought provoking singer songwriter, D3lta, arrived on the scene in September last year, he’s consistently displayed a sound that eclipses the constraints of genre’s, instead focusing on a sound true to himself. His latest single ‘Strange’ is a euphoric and liberating celebration of individuality, with an overarching reassurance that we should be accepted as our authentic selves. It’s a refreshing dose of empowerment, particularly targeting aspects of ourselves that society tells us to criticize.

Such creativity has been engraved within the artist’s soul since his youth, when he began to play the piano from the ripe age of 5, followed by the guitar at 12. By the time he reached his teenage years he was already incredibly capable as a musician. Then encapsulated by the grunge and punk music scene, he found an outlet in which his creativity could be explored. However, the thought of a career in the art-form remained a distant thought at the time, as he describes: “I never really intended to follow a career in music as it seemed quite far-fetched, but as I was writing more songs, I felt the need to express them to an audience. One thing led to another and when I returned to Greece from my studies in the UK, I found myself with yet another dismantled band and 20 demo songs on a usb stick. I literally knocked on the doors of every record label in Greece, performed live with an acoustic guitar every chance I got and signed to Minos EMI (Universal) in 2018.”

Now revered for his songwriting ability, D3lta grew up in Greece where the approach to lyricism is far different to here in England. “In Greece it is quite rare for performers to also write their own music, and in school there were very few of us who would get together and write songs.” He states, “So, I was quite isolated in terms of songwriting.” Void of that early aspect of collaboration, the artist quickly developed a writing style that looked inward, which kickstarted his personal storytelling aesthetic. Aided by time he spent studying over here, inspiration from both his homeland and England came together to create an unrestricted sonic output. “Writing music has always been a very personal experience, and I find truly great songs come from a very honest place.”

Sometimes you can feel exposed, but I know that the songs that I’m most afraid to release are the ones who people will relate and connect with the most.

All this comes to fruition on D3lta’s latest single ‘Strange’, his most introspective release to date. Digging deep into a time where the artist was at a crossroads in a relationship that looked destined to fail, D3lta takes us on an emotional journey where mixed feelings were prevalent every day. Having already accumulated over 250 thousand streams, it also displays how his empowering message resonates with his listeners. “Strange was inspired by the experience of being in a tumultuous relationship with someone.” The artist states, “Every part of the song – verses, chorus, and middle 8 were written at different time frames within that relationship. Sort of narrating the story while going through each phase.”

The song is certainly a whirlwind and perfectly translates the effect such a time had on D3lta’s life. Sonically it captures the overwhelming positivity that this person brought into his life, and the ever-lasting memories which the time delivered. But the song’s core message is one of celebration, particularly in aspects of ourselves that help us stand out. D3lta does a great job of connecting with like-minded individuals who know they’re different from the majority of people in society.

I mostly identify with people who have trouble fitting into a mold. It’s these people who I want to empower to find the strength to be themselves in a society that might not ‘approve’ them.

Channeling early classic rock influence from Aphrodite’s Child and Cockney Rebel, through to the contemporary sounds of Tame Impala and Royal Blood, D3lta has created a sound that’s vast and impossible to define. His previous two singles ‘Hey You’ and ‘Hypocrites’ share the same exuberant production style as ‘Strange’. In fact, when you listen to any of those tracks it proves difficult to categorize their identity, albeit in style or genre. Each single simply personifies D3lta as an artist, and the creative freedom in which he approaches his creative process can be felt throughout. It’s a style that he believes stems from his homeland, as the artist proclaims: “Perhaps it has to do with the fact that in Greece the music scene isn’t dramatically active, and therefore I had no reference of what others around me were doing or what the current underground trends are. This isolation helped me pursue what felt right, which ended up with songs crossing boundaries between music genres. After spending a lot of time carefully crafting songs I really sort went back to writing songs to have fun without thinking too much about where they fit as a music genre.”

However, a key player in the development of D3lta’s sound is world-renowned producer, Jim Abbiss, who’s worked with some of the industry’s largest stars, including Adele, Arctic Monkeys, and Kasabian. A close bond has formed over the last 12 months and Abbiss has helped push the artist into a more experimental area, a space in which D3lta has thrived ever since. It’s something that the artist is truly grateful for, and we can only imagine where his sound will venture to next. “It was such an amazing experience working with a producer of that level, and Jim Abbiss helped me realise how creative the production process can be.” D3lta describes, “Kind of questioning everything, flipping things around, combining sounds that don’t necessarily fit together until something just clicks and guides you to where the song wants to go production wise. Since we started working together, I’ve been experimenting more with the sound and instrumentation of songs which has led me to some interesting paths.”

D3lta approaches each release with the mindset of telling a complete story, something that often delves deeper than the lyrics we hear the artist sing. So far, all three of his singles have been accompanied by music videos, aesthetically enthralling and all-encompassing in their design, D3lta’s artistic vision transports his message even further into a whole new realm. “I think that music videos are such an essential part of telling the story or even giving a completely new spin to the message.” He proclaims, “Although I would love to be able to do music videos for every release, as there are quite a few tracks coming, most will be released with artwork.”

It’s important to relay how quickly the artist has made a name for himself. In under eight months D3lta steadily made a name for himself, growing a loyal fanbase that shared his mindset, which eventually blew up with ‘Strange’. Now sitting at close to 80 thousand monthly listeners on Spotify alone, it’s been a quite the journey and an experience that could only be described as surreal. “To be honest the reaction has been pretty mental.” The artist states, “I get messages on Instagram by people telling me how much they love the song and have been so positively overwhelmed by the reaction so far – definitely wasn’t something I was expecting so soon out the gate.”

It’s worth noting that this isn’t D3lta’s first journey into the music world. The artist spent some time fronting the band, Black and Blue, known for their energetic live shows. However, this is first time performing as a solo artist, albeit delayed thanks to the inconvenience of a worldwide pandemic. Having been surrounded by band members throughout his teenage years as well, there was much to learn going out there on his own, something that has its pros and cons. “The biggest difference is that you have the freedom to be truly versatile. You don’t need to reach a consensus to change direction or try something completely new which I have found can be draining in a band.” D3lta explains, “I always want to try new things and prefer being a solo artist in that respect, but have truly come to recognise the importance of team effort. So, although I’m a solo artist I am very grateful to have a band and team around me who care about what my music stands for and have supported me immensely.”

It’s rare for an artist to come along and make such an impact so early in their career. For D3lta his fast rise to prominence has come from an ability to embrace himself whole-heartedly and run with an artistic image that’s truly unique. Particularly during a time when so many are trying to find their way in this new post-pandemic world, the empowering tone of D3lta is a breath of fresh air and is quite possibly, exactly what we need. For the artist, the year is just starting, and he has plenty in the works, and we can’t wait to see where it takes him.  “I’m currently in the studio polishing new songs which will come out early summer as an EP, and then the plan is to go on the road to start promoting the music.”