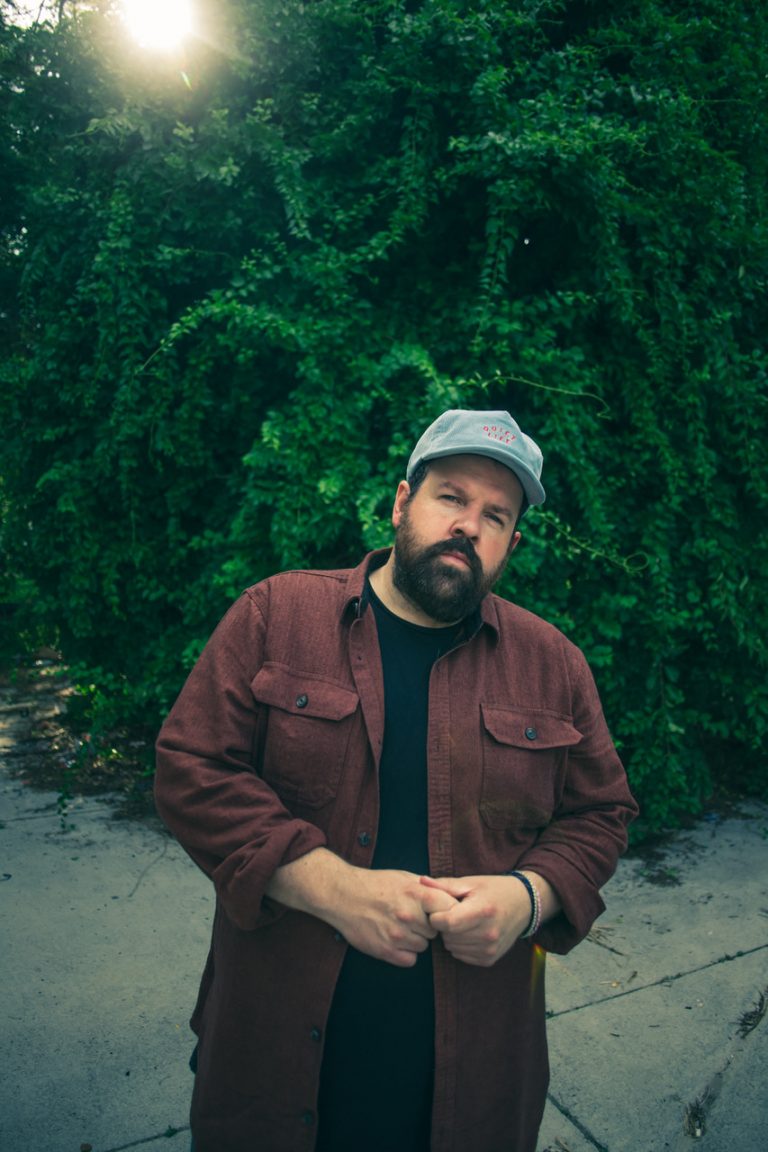 Donovan Woods is far from an artist that comes and goes within his music. Instead, Woods guides you down a trail of endless life experiences; an escapade of emotion.

It takes one scroll on social media to discover Woods as a relatable and humorous character, the polar opposite to how he represents himself within his music. Craving a sense of intimacy within his songs, he constructs a soundscape so sublime it submerges one into a realm of sensitivity.

Last year saw the unleashing of ‘Without People’ – the Canadian singer’s seventh studio record, and one that exudes his perfectly crafted ability to deliver understated folk.

As the deluxe edition of the widely acclaimed ‘Without People’ finally hits the shelves, the re-release features the fan-craved ‘When The Party’s Over’ written with Tom Douglas and Travis Wood and the newly unwrapped ‘Break Somebody’s Heart’ – an unheard track lifted from the vault that dissects the small-town life moments that guide us through love and loss.

We speak to Woods today as he delves into the backstory of the record, explores parenthood and dissects the process of continuing to create art in the comforts of his home.

Hello Donovan! How have you been recently amid this wild situation we still currently find ourselves in?

Hello! I am ok. Recently I’ve been allowing the darkness to creep in slightly. I’m very tired of not feeling very useful. I like to be out on the road, playing shows, meeting people. Though I know I’m very lucky to be OK, healthy and safe with my family.

I’m not sure if it’s just me, but the first three months of 2021 have flown by – what have you been up to during these months?

Finishing these songs for the deluxe version of the record. And lots of writing. Recording some new stuff. I have taken advantage of the pandemic to get my production chops going again. I feel good about the progress I’m making in that way. I’ll be co-producing my first release soon.

Spending a lot of time indoors with your children, has becoming a parent infiltrated the way in which you make music?

I don’t have much time totally alone anymore like I used to. The difference I suppose is that I’m kind of always working, just in small little ways. For instance, my kids are doing a craft two feet from me right now. I’m always noodling on a guitar or staring at a lyric on my phone. All of my demos and ideas have kids talking in the background.

Amongst all the new releases that bloomed from within quarantine, ‘Without People’ is definitely one of the most beautiful records we’ve heard in the last year – were you faced with any restrictions by having to record everything by yourself?

Thank you, I’m glad you enjoyed it. Most musicians are set up to record remotely these days. I think it added to the palate. I didn’t feel the time restrictions you sometimes feel in the studio. I really missed being in the studio with everyone. It’s just fun to be in there working together, making fun of each other. I missed that.

When you’re so used to creating around other people in the same room, to be doing it alone must feel like being thrown into the deep end – what is something you didn’t think you’d like about this experience that you ended up loving?

It was a joy to receive people’s work. They’d send their parts over and we got to open it up and listen through and get excited. It was nice. I thought I would be constantly, calling and emailing back and forth, but it really didn’t feel that way. It felt like we got all this raw material, we accepted it and shaped it.

I can imagine the release of a new record is stressful enough, but to be putting it out through your own label must require the utmost of patience – how have your strategies in promoting music evolved since the new restrictions?

It felt like a very strange time to be asking for people’s attention. So we took much of the budget and devoted it to hiring creators to make art inspired by the songs. We tried to hire people we liked from all over the world.

So many artists were and are out of work or not having the creative opportunities they once had, so that seemed like the best use for the money, rather than a bunch of posters of my head. It was a joy to watch that work roll in as well.

As a label owner, would you consider expanding Meant Well and enlisting new artists onto the label?

Yes, I would. It will be a matter of finding someone whose talent I love so much, I can’t pass up the opportunity to be involved. Haven’t come across that yet, but hopefully, I do someday.

You’re gearing up the release of the deluxe version of ‘Without People’ that includes two new originals – explain a little about these new tracks and why you wanted to include them into ‘Without People’s world?

One is a song that almost made the record, I just couldn’t get a mental grip on it. I always liked it, I just couldn’t make it fit. And I think presenting it as an added bonus makes sense to me. The other song is one that is kind of on the album already, there’s a clip of it in the album’s interlude, and a lot of people asked to hear it. So, the will of the people rules, I guess.

This deluxe version also includes an acoustic rendition of ‘Whatever Keeps You Going’ paired with the stunning voices of the J.P. Robarts Public School Music Project – explain how you were first introduced to the choir and how you’ve managed to maintain a bond?

They came to sing a song of mine called ‘Next Year’ at a show a couple of years back. Their teacher, Jane, was teaching them some songs by Canadian artists and mine was one of them, so it made sense to have them come sing with me. I don’t know if we’ve got a strong bond, but I will say that when you sing and perform with someone, you develop a real affection for them. That’s why people in choirs seem so happy. Have you ever noticed that?

Talk to me about the concept behind the new visual for ‘Whatever Keeps You Going’ and how you still managed to include the choir, even if virtually!

We’re always trying to make simple videos. The idea was just to show me leaving the house for work, and projecting the kids on the door was a great way to make them the stars. It’s also a nice reminder that the thing that keeps so many of us going is our kids.

You mentioned that this deluxe version is what you imagine live shows would’ve been like if they were able to ahead – when the day does eventually arrive, where would you like to first perform this record live?

I’m sorry, this answer is a bit of a cop-out, but literally, anywhere they will have me. I’m quiet and attentive to a crowd of any size, I’m into it. I mean, I’d also like to play The Ryman in Nashville. That would be nice.

Lastly, what would you like people to take away from listening to this new version of the record?

I hope for people who are already into the album it provides a new access point to the songs and satisfies their curiosities. As for new listeners, I hope one of the new versions catches their ear and encourages them to dig into everything else on the album.