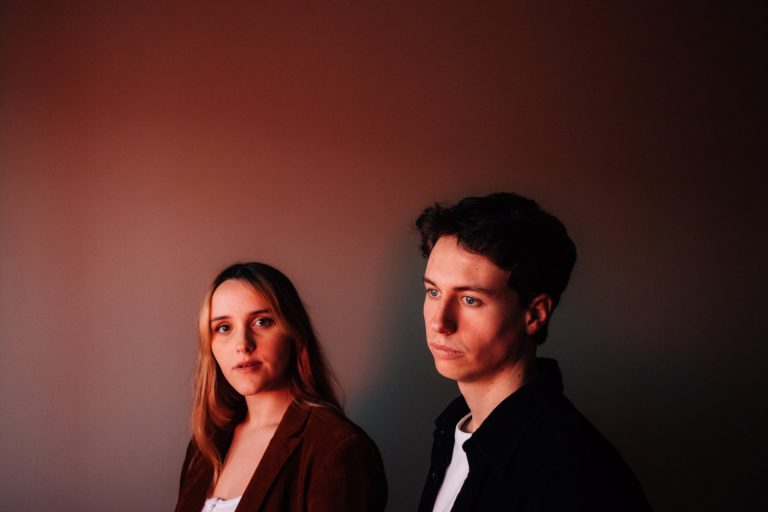 Indie-electronic Portuguese duo Vaarwell today release their latest single ‘Tomorrow’, an atmospheric production that marks the start of a new chapter in their journey. ‘Tomorrow’ is the bands first release since moving to London and is taken from their upcoming EP ‘Consume & Grow’, set for release in May. Influenced by the city’s atmosphere, the EP looks set to be some of their most unique work to date. This latest single is accompanied by a documentary style music video that shows the realities of city life and one that many Londoners can relate to.

‘Tomorrow’ tackles the complex topic of depression, written with the intention of bringing a source of light to those out there struggling. It’s a soft song, with the singer’s angelic vocals offering the listener a calming sensation throughout. It’s a theme that’s had a close effect on the bands personal lives, as they explain: “It follows the EP’s theme of nurture and care, and delves into the complicated topic of depression. I’ve been lucky to never had gone through it but have had so many people close to me struggle with depression. As an outsider to the disease and as a friend/family member, I have felt quite helpless at times, when all I wanted was to help and try to lift them up – even if naively so. I tried to write a song about this journey – acknowledging what they’re going through and validating the struggle, whilst trying to provide warmth, nurture and a feeling of company in the process of improving their mental health.”

The topic of mental health is an important one in our day to day lives, so perhaps what’s more fitting than to accompany it with a music video consisting of an essential everyday trip on London’s underground. Simple in its approach, such an unextravagant music video helps to normalise the conversation of depression. In many ways, it perfectly encapsulates London’s city life. Everyone has issues, but we’re all too busy to talk about them, and trust me, those demons don’t leave you the moment you step on public transport.

On the process of making the music video, Vaarwell states: “Preparing this video was a little more of a challenge, as we wanted to film indoors but we couldn’t remove our masks. We started brainstorming with the director, Tomás Barão da Cunha and concluded that we saw ‘Tomorrow’ as the type of emotional song you’d listen to when commuting and reflecting on your day. From there, we decided to film a slow-motion visual of what was actually a very quick tube journey. We chose to slow things down so we could have time to focus on a very simple and otherwise mundane moment of the day, in which two strangers sit physically close to each other for a couple minutes and yet, are very distant as to what the other is going through internally. It’s interesting to think about how this can also be the case at home or at work, places where you spend most of your day surrounded by people you know.” ‘Tomorrow’ delivers us all a piece of tranquillity during a time I’m sure we could all benefit from. It’s a song with beautiful intentions and shows what a thoughtful band Vaarwell are. With a further three tracks to come on their upcoming EP ‘Consume & Grow’, set for release in May, we can’t wait to see what the duo delivers next.