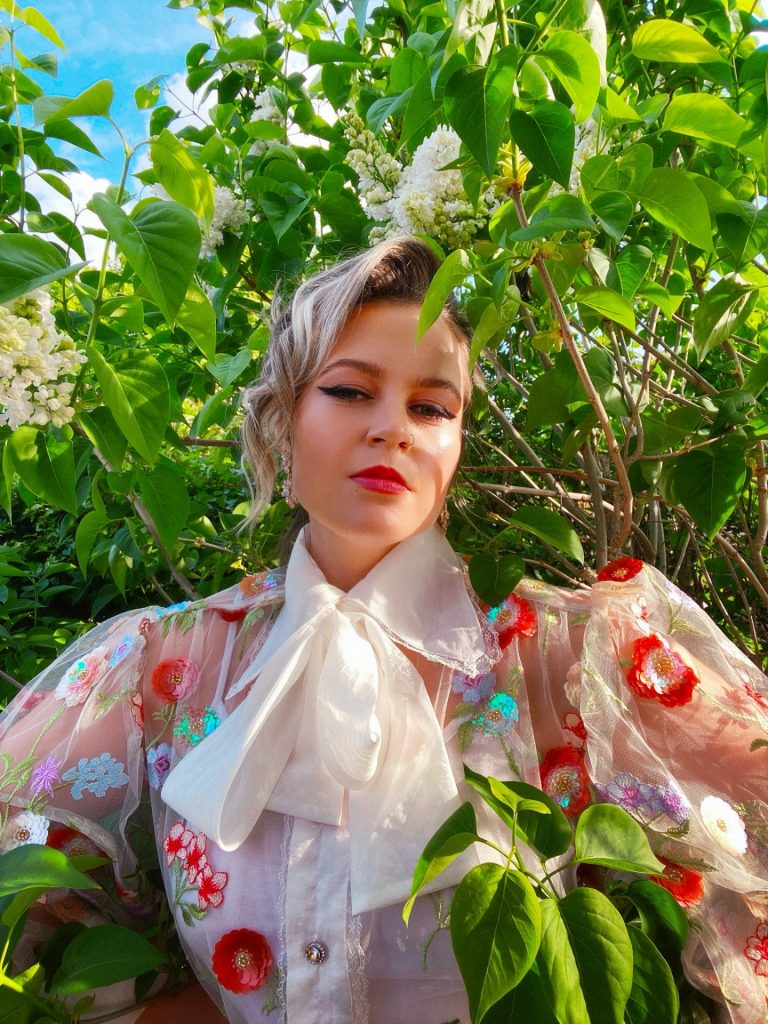 It was an honour to host Elli Ingram on a Noctis Lockdown Session, and after delivering a phenomenal Instagram live performance, the Brighton based singer/songwriter releases a new single ‘Flowers.’ As an independent artist, Elli’s calling bullshit on fake people and manifests a position of strength and freedom demanding ‘love me or leave me.’

Elli’s journey to becoming a singer was very organic, even though singing was always a part of her life. “It wasn’t my childhood dream to be a singer, but I did always love to sing and perform. I wanted to study fashion, but I didn’t get the grades,e so I did a 1-year music course. It was then that I started to think, hmm, this music stuff is pretty fun!”, she explains.

It wasn’t all just a dream, as Notorious B.I.G. wrote in ‘Juicy.’ For Elli, it went beyond chasing a thrill and performing on a stage. She shares how music helped her with self-expression: “I really thought about this seriously when I wrote my first song. I’m dyslexic and really struggle with English and communication, so when I discovered I could write and express myself through music, I fell in love with it”.

Contrary to popular belief, the rise of Kendrick Lamar has a lot to do with the rise of Elli Ingram as well. How? You may ask. As soon as Elli heard ‘Poetic Justice’ by the lyric master, she wanted to make it her own: “I’ve always been a big hip hop fan, and when Kendrick came to light, I was obsessed. I love doing covers, being able to put a twist on a song you love and making it your own is so fun. I never expected that cover would blow up the way it did. It opened a lot of doors for me,” she shares.

Her respect for rap is a lifestyle, as she recently covered J.Cole’s ‘Kevin’s Heart’ on her Instagram page. Elli elaborates on why rap is intriguing for her: “I take a lot of inspiration from artists like J.Cole, Kendrick, Anderson Paak, and their flow. Rappers are such amazing storytellers, and I love the way they express their words. I take a lot of inspiration from it”.

In 2017, Elli released her debut album ‘Love You Really’ that includes hits like ‘Better Alone’ and ‘Stone Cold.’ She gives us the low down on the backstory: “‘Love You Really’ was an album I was working towards for a very long time. I wrote it with two of my friends, both amazing producers from Brighton, that I had made all my music with up until that point. The name of the album really came right at the last minute. I sat and looked at all of these songs I had written, which were quite frankly pretty mean – and bitchy, haha! But the people I’d written the songs about are the people closest to me in my life who, despite the songs, I love them really’.

This year, as a newly independent artist, Elli started off by putting out ‘Bad Behaviour.’ She says: “I think ‘Bad Behaviour’ is just natural growth and still has a lot of the fun elements that are in my previous music. The new album definitely has some new flavors and feels, though – I can’t wait for people to hear them!”

Elli continues by describing what the song is about: “‘Bad Behaviour’ is about ‘have a good fucking time,’ simples. “Bad” is a negative word, and I do focus on the negative side of it in other songs to come, but it can also be fun and positive to be a little bit cheeky and bad boss bitch!”.

Following this fun release, Elli presents ‘Flowers’ a song more on the softer darker side: “‘Flowers’ is an extremely honest and quite dark song about a love that is slowly dying, much like a flower does,” she also reveals there’s an album on the way.