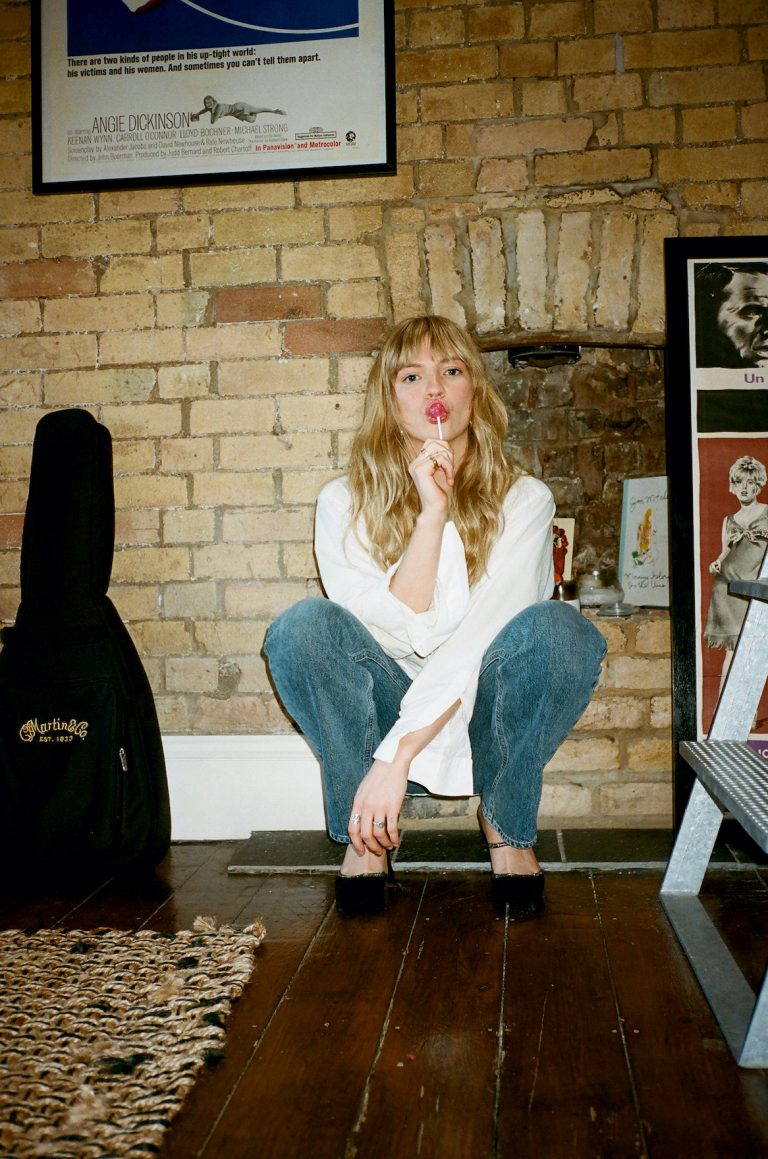 British singer/songwriter Eloise describes the writing of her new single ‘Who’s She’ as “cathartic.” The 21-year-old rising talent opens her heart and bleeds honesty like losing control and the life she knew after her first break-up. Eloise is set to release a mini-album ‘Somewhere In Between’ on June 18th.

‘Somewhere In Between’ is a follow up to her critically acclaimed debut EP ‘The Thing Called Living’ that she labeled as “a sweet-sounding introduction to what her sound is going to be like .”

Taking back the power, Eloise uses her unique contemporary voice to document “the in-between phase of life and love like a photo album” in her upcoming incredibly raw and unguarded mini-album ‘Somewhere In Between’.

I’ve just been basking in the sunshine and playing frisbee!

I really enjoyed the first lockdown. Because I was lucky enough to spend it in the countryside, it felt like nothing had changed. Not only that but I had a lot of space to roam about and I had time in abundance to get grounded and write the mini album.

Like most things I need help getting through; my friends and my family. Just talking to them everyday and making grand plans for the pubs. But actually I ought to give writing the mini album some credit because if I didn’t have that to sink my teeth into, I’d have gone completely mental.

How did you learn to write songs with such an open heart?

Well all the songs I’ve ever loved and been moved by are the most open ones. I find the human experience of love to be so fascinating and complex and there’s no need to embellish what’s already so rich and readily available within you. I guess what I mean is, I write with an open heart because it’s the only way I can. I’m a horrible liar!

Could you compare your debut EP ‘This Thing Called Living’ with ‘Somewhere-In-Between’?

I think that ‘This Thing Called Living’ was a very sweet sounding introduction to what my “sound” was going to be. All the songs were written when I was 14,15 and 16 so I had sat with those songs a lot longer. However with this mini album, the songs were all written within a month of each other and I lived with them all very briefly before they were produced. I think this meant that there was almost more heart in the performances and with that came new ways of producing the songs and so I think it’s almost more of an emotional evolution rather than an artistic one.

What did you want to encapsulate with your mini-album ‘Somewhere-In-Between’?

I wanted to capture the uncomfortable feelings of different types of love as you get older. I’ve felt that Love has changed meaning and feeling as I’ve gotten older and I think it would be special if I can capture that in-between phase of life and love like a photo album.

What is the backstory for ‘Intertwined’ and ‘Hungover’?

I wrote the beginning of ‘Intertwined’ in Brussels and it wasn’t really about anything then, just a template for the chords and melody but when it came to writing the record, I had already been writing on the theme of love gone by and unresolved love and as soon as I slotted in the first few lines with the original idea, it fit like a glove.

I wrote ‘Hungover’ when I was 15 just turning 16. I remember I was recovering from one of the first times I’d ever been heart broken and I was hitting the phase where you start to feel empowered. Not by your confidence in being alone, but more in my acceptance that breakups and moving on aren’t linear…sometimes you trip up and make the same mistake again, and the acceptance of that being part of the mending is very empowering and honest. I hadn’t heard very many songs that were about being okay with going back and forth between feelings and so I wanted to be the person to do it.

Was it therapeutic writing ‘Who’s She’?

It was more cathartic writing that one. I think the feeling of morning childhood had been pending, I just hadn’t had the time to fully indulge in the feeling and once the song existed I felt a huge load off my back.

I knew exactly what the video had to be. It was so clear. I wanted to create this feeling or surrealism with undertones of very human and complex feelings. I grew up watching old MGM movies with Gene Kelly and Cyd Charisse and I wanted to pay homage to that feel of intimacy and romance that those movies always created.”

Are you excited for your headline show at Lafayette ?

I’m excited and scared and moved! I can’t wait to get back to what I do best which is to perform, but it’s been so long now that I’ve slightly lost my nerve! Much like how everyone was worried about their social skills once lockdown would lift, I’m naturally slightly anxious about standing on a stage in front of 600 people…That being said, the nerves and excitement reside in the same place within me which is a good, butterflies feeling in my tummy!

Pre-Order ‘Somewhere In Between”