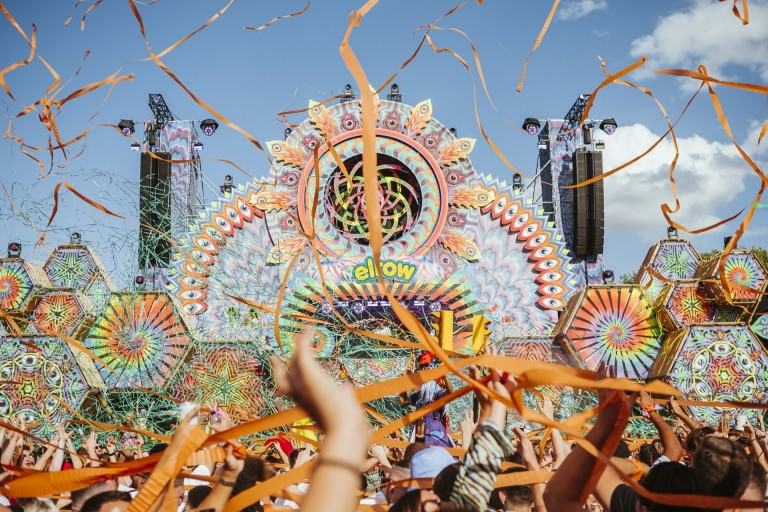 Elrow Town London is a cooperation between Elrow, a Spanish immersive party concept, and LWE, a prominent London event production company. Their first event, held over two days at the Queen Elizabeth Olympic Park on the 19th and 20th of August 2017, integrated three Elrow themes in one location.

Elrow, all in all, is an award-winning immersive event concept and party series launched in 2010 by Cruz and Juan Arnau Lasierra, the sixth generation of a dynasty of entrepreneurs who also built Monegros Festival and the iconic Club Florida 135 in Fraga, Spain.

After 2 years of absence and the huge success of the Elrow Town 2019 celebration, Roweglia (their chicken mascot) took to the skies for an extended trip to visit her old British friends.

Elrow describes how Roweglia was so delighted and inspired by all she saw on her travels that she was determined to share it with London. Let me tell you, she made it a smashing success! Roweglia and Elrow demonstrated their wildest self-expression via the most colourful personalities, various gigantic venues, and the most important musicians in the electronic music field.

On the day, at least 50 DJs performed, with a musical concentration on house, disco, and tech-house. Top names like Skream, Eats Everything, Claptone, Archie Hamilton, and Dom Dolla were among those hand-picked from around Europe.

Noctis experienced 10 hours of non-stop colourful chaos, including 200 actors, stilts & puppets, roaming theatre performances, giant inflatable creatures and some tremendous confetti explosions (we even managed to take home a souvenir). Speaking to the team on the day, their inspiration lay in the idea of creating an adult playground. Elrow managed to create that vision and brought it to life through their impeccable production, calculated understanding of fun, lighthearted joy, and how to create that.

Highlights from the event included Claptone, a German house and tech producer and DJ who is known for not only his mixes but the plague-like bird mask he wears every set. As per usual Skream brought the afternoon into climax mode with his spine-chilling tunes.

The Elrow team and Roweglia turned it up another notch this year and the excitement for their future back on the streets of London reaches next-level heights.