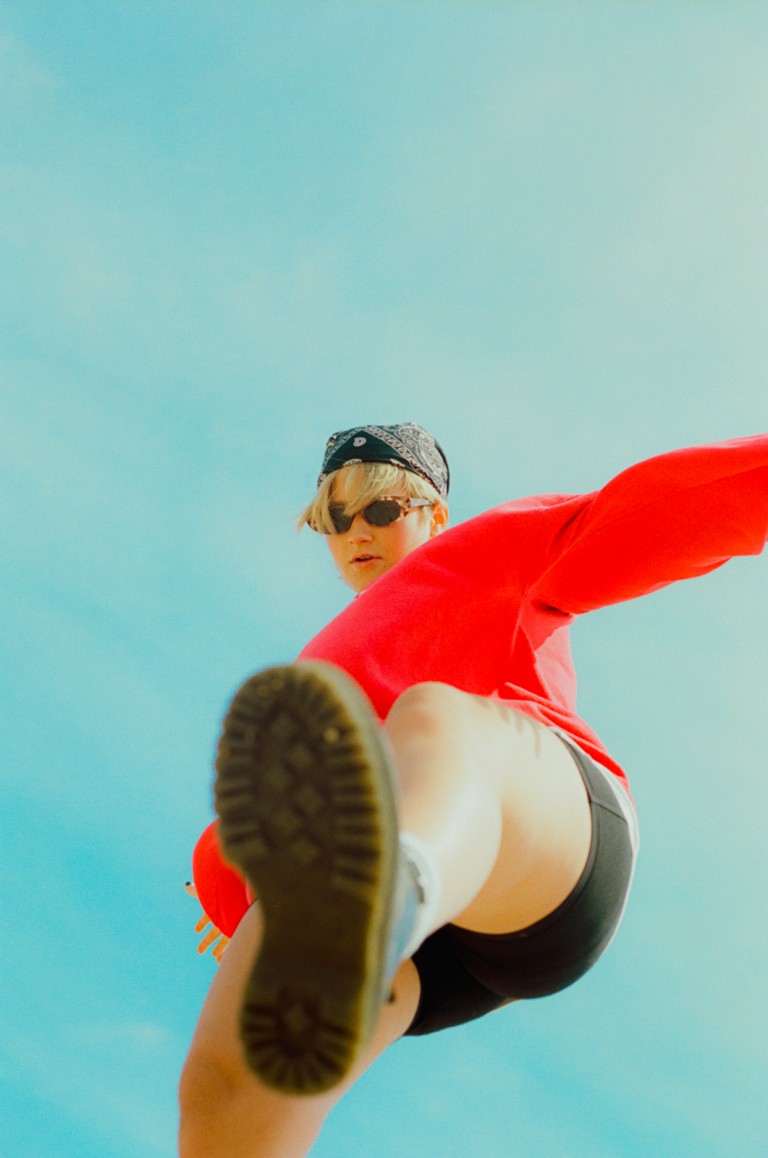 ‘Through The Phone’ is a perfect portal into the world of Phoebe Hall. Bold, bright and unapologetic, it becomes quickly apparent that this is more than just Alt-Pop. This is the sound of an artist exploring and finding their place in society, and the introspective journey that comes with it.

‘Through The Phone’ is Phoebe’s third single. A new signing to UK-based independent label Fear Records, the track sees iridescent, plucky synths and Phoebe’s mellow vocals float above a minimal, lo-fi beat, propelling the track forward into an instantly ear-worming hook. Phoebe’s vocals are fuelled by passion and emotion, presenting a rock-solid anthem for the people finding themselves and establishing their place in a world. A proud queer artist, Phoebe has no hesitation in making reference to their identity, and in turn, encourages self-acceptance amongst listeners.

Revealing more about the inspiration behind the track, Phoebe reveals:

“This is about the first date I had with my girlfriend. I didn’t know her at all before the date and it was such a giddy and ridiculously good time. When I came into the studio to write it was about a week after this so I was all over the place emotionally, just obsessed with her and this date. It was such an organic and fun song to make, and we made it pretty much in a day and I think it really captures the excitement I was feeling. The message I suppose is about being so obsessed with someone and not being able to do anything but think about them and every single little thing you like about them. I like that we pushed this even further so that it crosses into the side of manic obsession, so we’ve got screaming vocals and shouts so it’s like that irrational obsessive thing that happens when you fall for someone so hard and so fast.”

Having recently supported Larkins on their UK tour, garnered strong support from BBC Introducing and made appearances at a string of festivals this summer, Phoebe’s star is certainly on the rise. ‘Through The Phone’ is tangible proof of the track Phoebe is treading, and with more music in the pipeline for 2022, we’re seeing the start of a trailblazing journey.