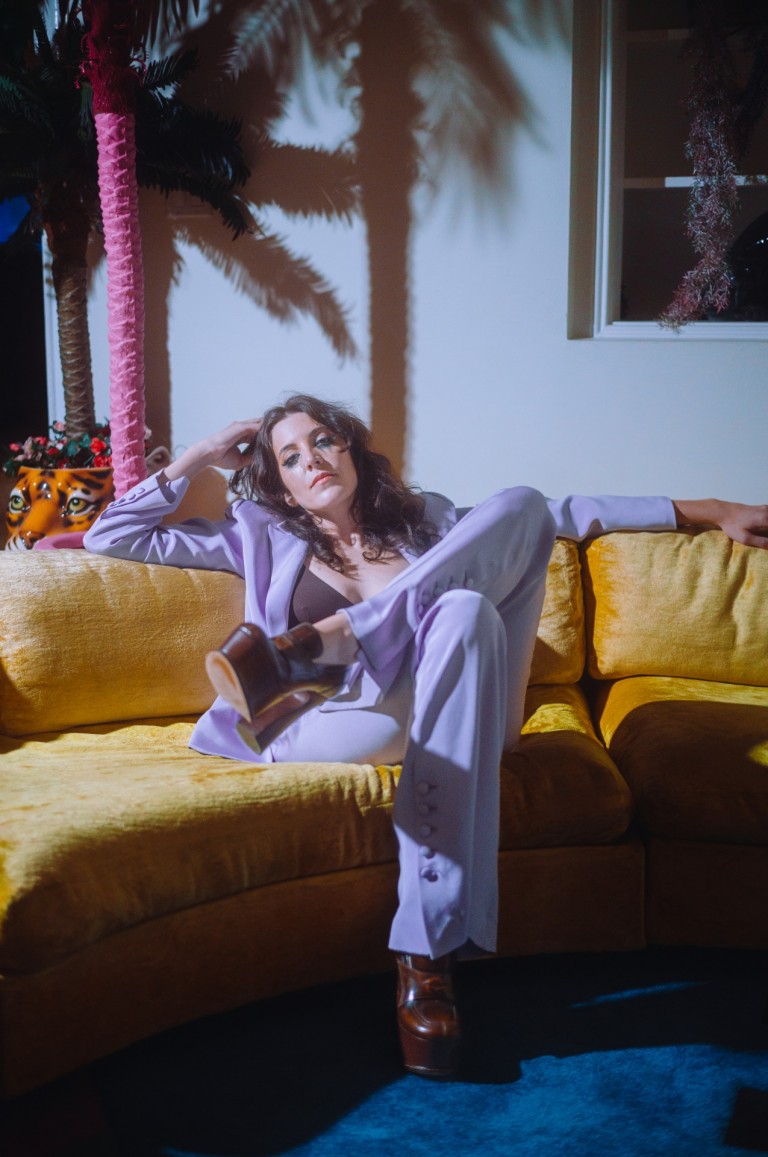 Exploring the ‘Open Road’ with TOMI

LA based singer-songwriter and producer, TOMI, has spent the last five years simultaneously building her own solo career, whilst working behind the scenes with the likes of Tove Lo, Verite, and CARYS. Undoubtedly juggling both has led to quite a full-on work schedule but the artist has realised that taking time away from her own artistry allows her to return with a fresh mind. As such, TOMI’s devoted work ethic stems from her love for the artform and she appreciates the opportunity to call this a job. Earlier this month the artist released her most personal and introspective release to date, titled ‘Open Road’ in which she explores her time coming out.

The song presents a journey of self-empowerment, despite the negative reactions of those around her, TOMI knew that by sticking to who she truly was there was light at the end of the tunnel. Through a beautifully emotive vocal delivery, the artist transcends a message to those who find themselves in a similar position, to keep going and to never submit to the pressures put upon you to be ‘normal’. In fact, TOMI is donating a percentage of revenue from ‘Open Road’ to non-profit organisations supporting LGBTQ+ youth to ensure people out there have the same help that she received when she most needed it. With such a special meaning behind the single, we spoke to the artist about the songs meaning, the challenge of opening up about such a sensitive subject, as well as what we can expect from her next year.

Hey Tomi! Thanks for taking the time to chat with us today. Firstly, how exactly did your journey into the music industry originate?

Thank you for having me! My journey began as a kid – I started playing guitar when I was seven (my dad taught me!) and quickly discovered songwriting as a means of processing my “big feelings.” Expressing myself through music taught me how to deepen the connection I had with myself as well as the connection I had with others. I feel lucky everyday that my passion for music became my job!

You grew up in New York and now find yourself based in LA, how does the music scene differ between both cities?

New York music is unhinged and wild – when you think you’ve found the edge you go one step further. On the other hand, in LA the music is more refined and structured. I think a little bit of both is the magic sauce.

In the past you’ve written and produced with a number of artists, including Tove Lo and CARYS. How different is your creative process when writing your own material?

Most of the time writing with other artists is like a race to the finish line – you get one or two days to fully bring a song to life. Whereas when I am writing on my own I let ideas simmer. I slow down the song, at times only playing one chord on repeat until I really feel the meaning of the sound. This process helps me get in touch with my subconscious until I am able to react to the music – singing and riffing lyrically, melodically and emotionally with abandon. I try to write as if no one will ever hear the song, that’s usually when the good stuff hits.

You’ve become known for your introspective songwriting style that’s full of emotion. Your latest single ‘Open Road’ is the perfect example of this. What’s the story behind it?

I wrote ‘Open Road’ about coming out. I actually started writing songs the same year I came out – when I was 12. It walks you through my thought process about feeling alone in a relentless uphill loop, but it is ultimately about resilience and honesty. Coming out as a lesbian at such a young age was full of people saying “you’ll grow out of it” almost mocking my self-awareness at such a young age. Throughout the doubt and disapproval, I learned that I could overcome those obstacles and be stronger for it, especially with the LGBTQ+ community by my side. I really hope this song brings awareness and strength to anyone struggling with self-acceptance, it’s important to be seen.

Was the process of turning such a personal memory into a piece of music a challenging one?

It was definitely challenging to sum up such a big part of my life and identity into one 3 minute song. But once I decided on the subject, I just let the song flow. It formed itself one lyric at a time, one step at time.

Above all, what message are you hoping to project on the single to listeners?

I am hoping to give listeners a view into a hopeful future, it really does get better. Every step is a learning process and something you can take with you as you continue on this crazy whirlwind of a ride, and every open road is full of possibility of a brighter tomorrow.

Sonically, would you say ‘Open Road’ see’s you at your most comfortable to date?

Sonically ‘Open Road’ is one of my most stripped back pieces. I wanted it to feel like a classic songwriting style because it is! It’s telling a story of where I came from and I wanted that journey to make the listener comfortable. It’s not overly complicated, every instrument has a purpose and is lending a hand to support the vocal and lyrics. It’s important to me that every song is sonically honest and helps tell the story in a more dynamic way. I definitely feel like I am always finding my voice as a musician. I am always changing and because of that my music is always changing, too.

You’ll be donating a percentage of revenue from ‘Open Road’ to non-profits supporting LGBTQ+ youth. Just how important are such initiatives to those who find themselves lacking support at home?

The LGBTQ+ community held me up at my darkest time. When I didn’t feel accepted in my hometown I would sneak away to meet other LGBTQ+ friends to feel loved for who I loved. I am so grateful for the friends and family who stood by my side and supported me. Giving back to the community that helped me overcome my fear of self is incredibly important to me. It’s important to feel seen.

What else can fans expect from you in the near future?

I am releasing my debut album “Late Bloomer” next year. I wrote and produced this record and took my sweet time – hence the title! I’m very excited to share it with you and dance and cry all at the same time.