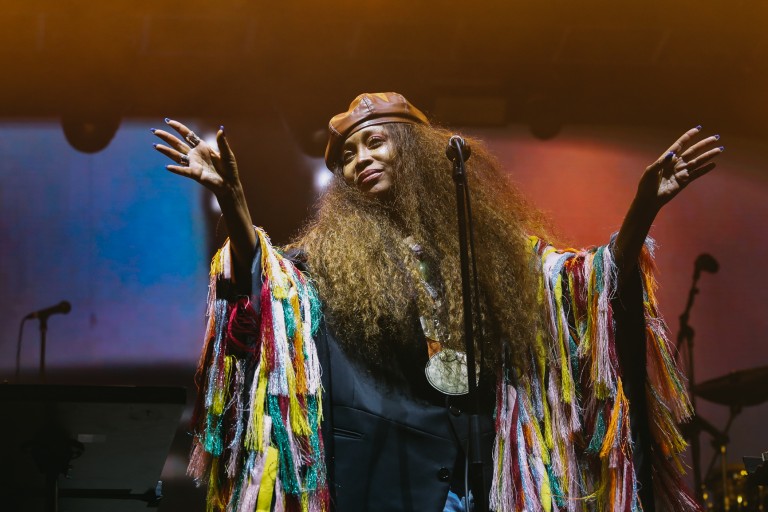 Held in East Sussex, earlier this month we had the pleasure of camping at Love Supreme, the UK’s biggest and best Jazz and Soul Festival, and we wanted to give you the low down on our amazing experience.

Starting off with camping, check in was an easy and pleasurable experience, which is always needed when you’re packing for a full weekend. Once we’d settled in our tents, we checked out the bathroom situation, which is always a dreaded situation at festivals, however we were delighted to find full bathrooms complete with flushing loos and hand lotion – what more could you ask for! We’re off to a fantastic start, and it only got better from then on.

We could instantly tell that the vibe of the festival was very relaxed, with a strong focus on good music and chilled energy, which is a refreshing change from others – you know the ones – stumbling around wasted in a muddy field. Children were also welcome but didn’t overtake the antics of adults and this was the most diverse mix of ages we’ve seen at a festival. Food and drinks were plentiful with all the festival favourites, the hotdogs and nachos were doing the rounds, and the drinks queues were reasonable. With everyone enjoying their munch by their tents, it felt very nomadic with a sense of togetherness.

Now on to the important part, the music! Sweet melodies of soft jazz and afrobeats surrounded the New Jazz Stage, with festival goers swaying in the sunshine. The main stage was truly the beating heart of the festival with a constant pulse of music lovers gravitating to the familiar sound of chart topping hits teamed with the nostalgia of the 90s. The headline acts were phenomenal and line up over the entire weekend was hard to believe as there were no fillers just superstars. We were seated in the supremium area, which gave access to great views of the main stage as we watched a captivated audience sing along with every word.

Multiple acts including US sensations Erykah Badu, Sister Sledge, and TLC came out along with U.K. legends Gregory Porter and Lady Blackbird. It was so great to see the U.K. represented in full force with sets from Ezra Collective, Tom Misch and Lianne Las Havas, when we so often see jazz represented dominantly overseas – with such a diverse line up, Love Supreme showed that true talent comes from all over the world.

Our stand out act, Erykah Badu, the Afro futuristic superstar alien herself (can you tell we’re massive fans) was expectedly the STAR of the weekend. The crowd waited with baited breath in anticipation of her grand arrival, and there was an eruption of cheer when she floated on stage coated in a multicoloured wool coat trailing with sage smoke. With a voice that dripped like honey and swirled throughout the humid air, you could spot glowing eyes in the crowd from audience members hearing Erykah Badu live for the first time – an unforgettable experience. Performing classics such as Next Lifetime, Window Seat, and On & On, Erykah Badu had a magical aura and stage presence and immediately got the crowd hyped up.

Love Supreme is by far the best jazz and soul festival the UK has to offer with an unmatched line up and energy that didn’t compromise. We’re patiently waiting for Love Supreme 2023’s line up to drop – from Lauryn Hill to Erykah Badu – what’s next for this sensational event? Love Supreme you nailed it.