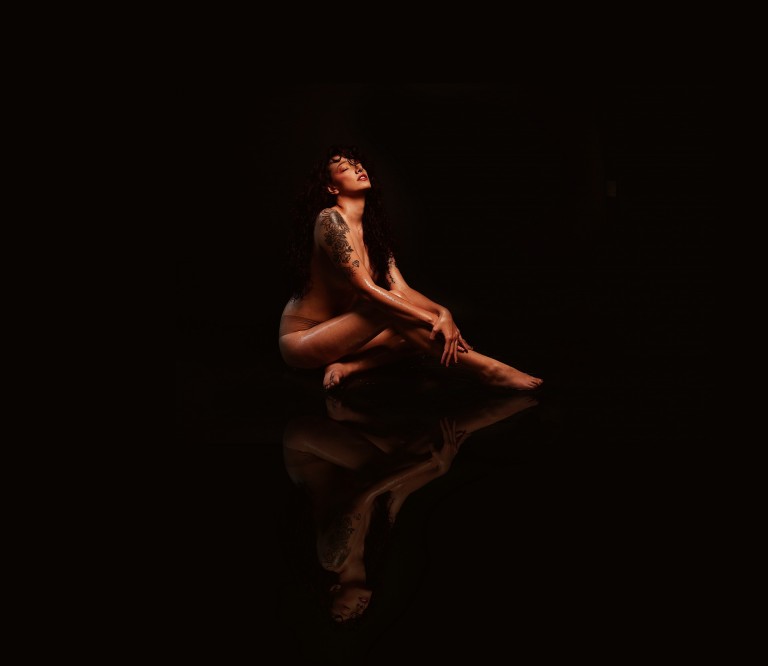 POESY is the solo project of classically trained singer, songwriter and pianist, Sarah Botelho. She was first discovered after she appeared on the first season of the hit Canadian music competition show, THE LAUNCH. Since she has climbed mountains with her music, expressing significant emotions with sound.

Today, she releases ‘Still Breathing‘, a song that realizes the power of forging ahead after a challenging time. Paired with punk-rock guitars and a soaring chorus, POESY proclaims: “cause you’re nothing, and I’m still breathing.”

Her spectacular breakout performance at THE LAUNCH catapulted POESY to previously unimaginable heights, winning her a big label deal and the opportunity to collaborate on her debut song ‘Soldier of Love’ with respected composer and producer Stephan Moccio (Celine Dione, Avril Lavigne). This single landed in the Billboard Top 40 and was followed by Glass Box Confessional, a four-track EP. Her singles “Body Language” and “Strange Little Girl” debuted in the Rock Radio Top 20.

POESY has been classically educated in both singing and piano from the age of four and has extensive experience in musical theatre, several rock bands, and even operatic singing. POESY produces her trademark siren sound, packed with loud drumming and heartbreaking melodies, by combining inspiration from her favourite literature with an air of vulnerability from her personal experiences. POESY recently had the honour of writing and recording an original anthem for the Canada Games 2022, which she will play at the opening and closing ceremonies this summer.

Her most recent project, her first LP I Exist, was produced by UK producer Stephen Lipson (Annie Lennox, Billie Eilish) and addresses themes of betrayal and the journey back to one’s inner self. With her quirky clothes and captivating stories, she demands your attention and drags you deep into every song.

Get to know musician POSEY in the Noctis Magazine 5mins with, as we uncover her journey and inspiration. But, most important of all, POSEY uncovers her accompanying self-written article for “Still Breathing”.

Tell me about your childhood & journey, to where you are now? Were you always interested in music?

I was very much the stereotypical kid at Holidays who made all her younger cousins get together so she could direct them in plays for the parents. While I think I’ve been a bit quiet personally since birth, I’ve always had an undeniable need to perform. I started piano when I was 5 years old and singing a few years later. By the time I was 9, I knew it was all I ever wanted to do. I played in bands growing up (from a pixies cover band that wore all denim to my own singer-songwriter set). There’s something about being in front of a bunch of strangers telling stories and yelling into the void of a venue that fills me up with so much joy. It’s strange because a stage is a place where you would think you’d feel the most judgement, and yet when I’m there, I don’t feel any at all.

How would you describe the music scene in Canada? Is it what you expected?

Small. I remember before I was in it, all I wanted was to know who the “right” people were to talk to. And then once that mysticism was broken, it was like I’d made it into this close-knit little club of people who were all once quirky and weird in high school and now somehow ended up being rockstars. I think there’s a beauty in that in Canada (and Toronto specifically) because there’s very much a culture of mutual support with a lot of artists here.

Are there any artists who you aspire to, look up to?

Lady Gaga. Freddie Mercury. Bjork. Kate Bush. David Bowie. Florence Welch. Alanis. Anyone who melds theatricality with raw, loud rock and roll is very much my vibe. I want people to come to a POESY show and feel like they’ve bought tickets to a whole experience. And I think all those artists are great at building an entire world around their records – a place where you can picture the songs existing. That’s what I want.

Books! I read a lot (mainly fantasy and memoirs) and I find a lot of inspiration from random lines in stories. I really like poetic lyricism and I think turning to another medium like books helps me think in that space. Also, I take a lot from my dreams. My imagination and subconscious are kind of a weird place and a lot of the songs on this record are based on recurring dreams I was having at the time.

What about goth-pop meets whimsical alt-rock music excites you?

This is the best description of music ever. I think mostly that you can’t quite put your finger on what it is. I like being different, I like flipping things on their heads. And mostly, I was an emo kid growing up so melding those influences into my music but giving them a magical twist seems like the most authentic thing to me. It gives you that angst and heartache, but with a little bit of wistful hope.

Give us some insight into your latest single “Still Breathing”? What does this track mean to you? How was it created?

I wrote this track the day after I found out some really horrible news about someone I was dating at the time. I had no idea how to process the emotions I was feeling so I texted my friend Dajaun (who produced most of the record) that I needed to write asap. We wrote Still Breathing in an afternoon, and while it went through many production iterations before it arrived at what you hear now, the message was always the same — you may have hurt me, you may have taken some things from me that I will never get back, but ultimately I’m still here. And living my life as authentically and as happily as I can is the best revenge. Because you can’t break me.

The article you wrote (See full article below) is based on your single & goes in-depth into the inspiration behind the track. We gather from this female power, and want to ask what advice would you give to other people going through similar situations?

Talk to your friend or people you trust in your life. Abuse thrives on silence and shame. And the sooner you let other people share in your pain, the sooner you’ll have the support and empowerment to plan a strategy to leave. You are valuable. You are strong. And your life does not exist for other people — you exist for you. And one day, you will be away from this situation and you will believe that.

Why did you feel it was important to release the single with a self-written article alongside it?

This song is so personal to me, I felt like the song itself wasn’t enough to accompany its release. I’ve always loved writing. And while I’m happy this song became a pop-punk banger that is so fun to scream live, it’s about something very painful, hard, and serious for me. And it felt wrong to ignore that in the release. Especially in this pandemic, intimate partner violence and abuse have become more prevalent and I wanted to use my voice to talk about my experience. And if that plants a seed in someone’s brain who’s going through that situation themselves that they could (and should) leave, that would be amazing.

What are your future plans? Is there anything we should look out for? Can you tell us a bit about the rest of the tracks off the forthcoming album?

Still Breathing is the first song off my 9-track debut album “I Exist”. A few music videos are coming that I’m so excited for people to see. The songs on this record are very much a journey — starting with betrayal, moving through anger and pain, and finally settling on a very “fuck it, I’m just going to live my life for me”. I think so many of us, particularly women, feel so guilty and selfish for taking up space. So I wanted this collection to be a loud cry, a declaration that I’m here and I like who I am, and I’m not going anywhere anytime soon.

He always told me never to use his name.

I’m not sure why he’s so precious with that small arrangement of letters. He claims it’s an extension of self-hatred. But even in this introductory moment, though veiled in a thin layer of pity, I find it hard to believe someone so charming and acerbic could be buried beneath that much loathing.

Once he describes himself this way to me. Acerbic. I’m unsure of the exact definition and when I stare at the words, “sharply or bitingly critical, sarcastic, or ironic in temper, mood, or tone; tasting sour or bitter”, I feel a too-cold blanket of something ominous wrap itself around me. It’s heavy, it’s wet. It sticks to my bones and leaves me chilled and discombobulated….

I can guarantee you, he did everything in his power to make sure I would never write a song like Still Breathing. Sowing little seeds of doubt deep under my skin every time I would step into a studio. But that’s the thing about music — it breaks the silence. It turns a deeply disturbing time into one that can be reclaimed with power. It gave me my voice back.

I, too, hate his name now. And every time I hear it on the street or type it in a message, it sends that same shiver through me.