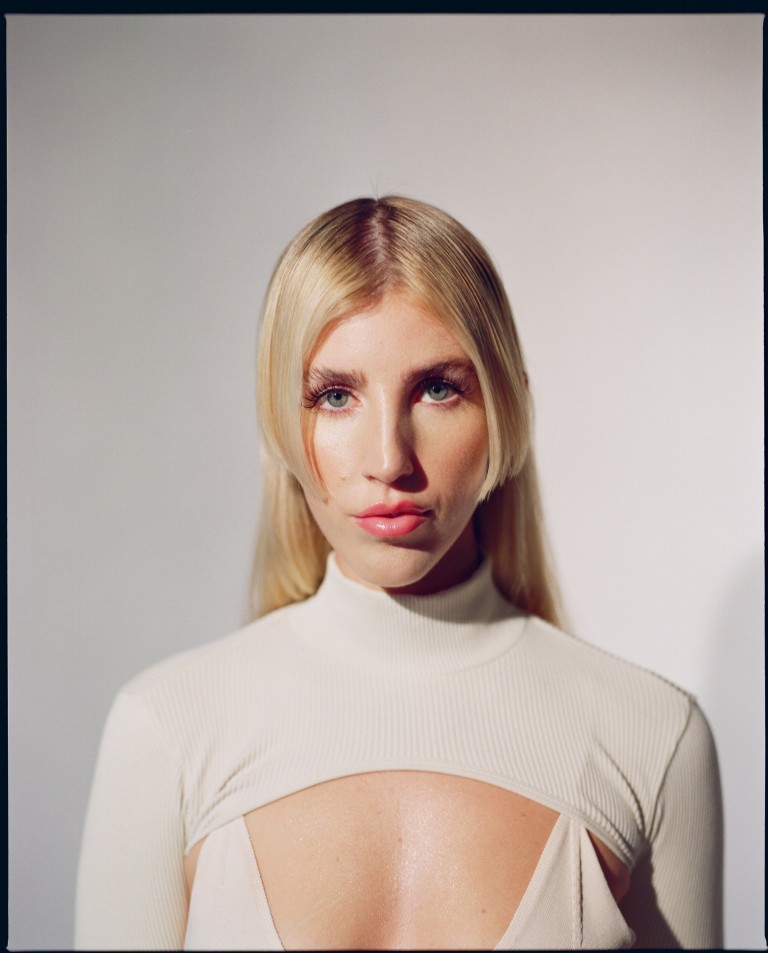 British singer songwriter, Ella Rosa, left her homeland for New York when she was just 11, a move that would later spearhead her artistic direction. Two years ago, she exploded onto the music scene with the launch of her critically acclaimed debut EP, ‘Yellow Blazer’, a project that was deeply personal, whilst portraying an uplifting journey of an emerging artist. Now Ella returns with ‘Eff Off, I’m Fine’, the artists second EP, and one that reinforces an introspective lyrical style that allows the listener an even deeper knowledge of the person behind the microphone.

It’s a release that pulls you in almost instantly thanks to it’s ever so relatable title, where Ella blends elements of R&B with contemporary pop, creating a sound that brings to life the artists enigmatic personality. It also portrays her experience over the last two years, touching on themes of hope and positivity, even when you find yourself in the darkest moments. Now residing in LA, Ella goes further, delivering an emotive cover of Sting’s beloved track, ‘Englishman In New York’, a song she closely relates to, and a moment where we see an artist totally confident in her vocal delivery, doing justice to such a piece in the process. Such stories are expanded with intriguing collaborations alongside hip hop artists, 24hrs, My Favorite Color, and Reggie Becton that only adds further layers to the EP.

‘Eff Off, I’m Fine’ shows Ella at her most refined to date, and her ability to add a sense of positivity to even the hardest moments displayed the power she holds as a songwriter. We just had to learn more about the EP, so we spoke to the artist about the creative process behind it, the difference in lifestyle in the US, and the power of collaboration.

Hey Ella! Congrats on the new EP. When did you first start experimenting with music? How soon did you realise it was something you’d like to turn into a career?

I started very young. I think I wrote my first song when I was about seven and it was about school lunches or something crazy like that. When I moved back to the UK, when it comes to songwriting, I realized that I had developed my skill enough to actually record and release it for people to hear.

You moved from the UK to the US when you were 11, how different is the lifestyle over the pond? How has it helped to fuel your creativity?

It was completely different… You would think that because we speak the same language the differences would be very minute, but that was not the case. I felt a complete culture shock when I moved and missed England very much. I think my first EP that I wrote was fueled from that energy. When I look back at that time I realize that it made me the person I am today which was a little silver lining for me

You effortlessly bridge the gap between pop and R&B, what have been the influences behind such a style?

I think it’s my love for both genres. I don’t see why things have to be so black-and-white in music, so I just want to meld them together

You’ve just released your sophomore EP, ‘Eff Off, I’m Fine’ . What’s the inspiration behind the release?

Lyrically throughout you convey personal stories in an honest and somewhat optimistic manner, what is the creative process like for you when writing these tracks?

Most of the time I’m writing the songs in the eye of the storm. When I wrote all of this music for this project, I was at the peak of my emotions and it was almost like a manifestation song in hopes that I would get better after making/releasing this emotion into a song

The EP sees you reimagine Sting’s iconic & celebrated song “Englishman in New York”, a track that carries a deeply significant personal meaning to you. How did you feel when creating the track? Was there a sense of pressure?

I mean the song is completely relatable to me lyrically and musically, but I definitely did feel the pressure of doing it justice. I wanted to modernize this piece while also giving it the jazz elements that makes the song recognizable.

You collaborated with hip-hop artists, 24hrs, My Favorite Colour, and Reggie Becton, in what was a really unique merging of worlds. How did you find bringing these artists on board with such a project? Is collaboration something that you really enjoy?

I absolutely love collaborating with other artists. Everyone comes from different walks of life and I think with music it should be a collage of different stories. All of these collaborations came about super organically

One of those collaborative tracks, ‘Good Times’, comes with a nostalgic leaning music video. What’s the visual story you’re portraying?

That music video was super simple to film as I just wanted it to portray a group of friends having fun together, as I did when I lived in New York as a teen.

A lot of things! I want to go on tour and support tours. I will be releasing new music in July that brings out more of a dance vibe for the summer months.