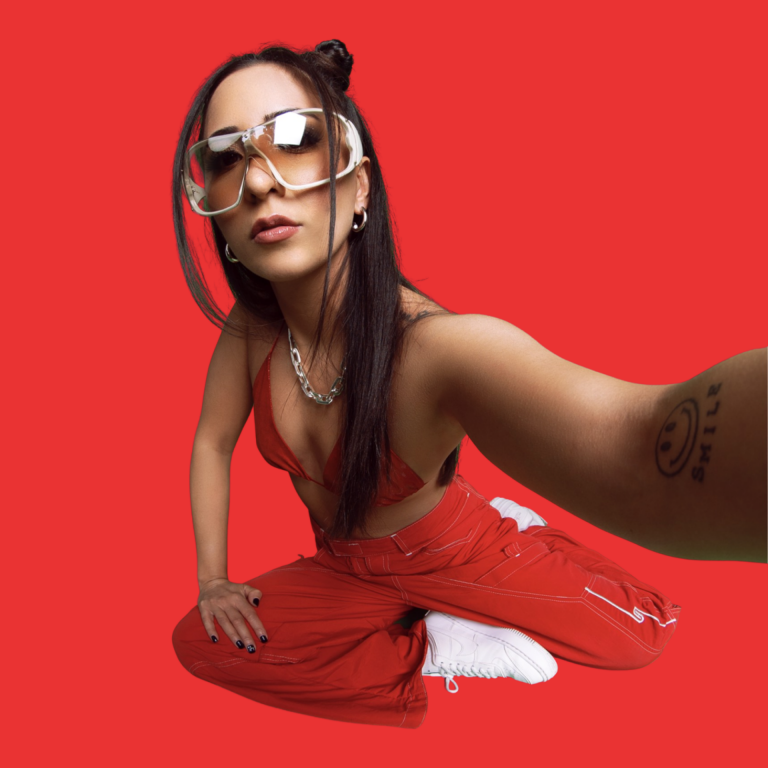 Get To Know LESS KILLJOY

Fueling her repertoire with remarkable authenticity, Toronto’s LESS KILLJOY continues to bring her empowering spirit to the alternative pop scene. Inspired by a search for happiness for herself and everyone else around her, LESS KILLJOY’s new single “My Parade” glistens with her perfect blend of quirk and catharsis.

Accompanied by her new cinematics, “My Parade” is the second offering from the emerging alt-sensation. Following the success of her debut delight “Palm Trees”, LESS KILLJOY continues to shape her euphoric style and likening versatility into a sound all of her own. As she unites alternative hip hop, lofi and indie rock into energised soundscapes, we’re reminded that she is only just getting started.

With the hope of building a community around her music, listeners can expect an overload of humbling honesty. Noctis checked in with LESS KILLJOY to talk about her emerging success, inspiration and upcoming EP…

Hey there LESS KILLJOY! It’s great to meet you! Congratulations on your latest single “My Parade.” What a tune! Before we delve into your latest release, we’d love to find out how you originally got into music?

Great to meet you too! Thank you so much- It was a lot of fun to make!

My original spark for getting into the music world was when I started going to shows when I was a teenager. It changed my life- I saw my favourite artists on stage and something just clicked. From there I took any chance I could (even though it was scary) to sing. I sang acoustic covers at coffee shops, bars, open mics… I even sang at a 12th birthday once haha I loved it! Eventually I realized that I wanted to write my own songs, and here we are!

You’re currently residing in Toronto, Canada! How has the city shaped your sound?

There’s something about driving around the city, specifically at night for me that is so inspiring. I love the way the city’s energy seems to match whatever music I’m listening to. It never fails.

Who has provided you with the most inspiration on your musical journey so far?

Paramore. I love what they stand for, I love that every time I’ve been to one of their shows, I feel seen, and the level of kindness and understanding in the audience at a paramore show is unmatched, it’s something I’ve always hoped to attain with my own audience.

Your recent single “My Parade” is inspired by the search for happiness. What are you hoping listeners will take away from the song?

Everyone is different, and everyone is going through something different. So, I hope that in some way, the song makes them feel something, or at least can distract them from whatever it is that they’re going through. Even for a few minutes.

You’ve built up fantastic momentum since the release of “Palm Trees” earlier this year. It’s great to see you develop as an artist! What’s been your favorite moment of 2022 so far?

I got to shoot my first music video at my high school for my first song that I released ever! I’d say that it’s definitely a highlight of 2022. I’m so proud of what we’ve done so far!

How has the fan reaction been since releasing your latest tune “My Parade”?

We think it’s really admirable that you continue to build a safe community around your music, despite race, gender, sexuality, age.

What continues to inspire you?

There’s a lot of injustice in the world, and it breaks my heart. I just want to do the best I can, to make people feel safe, to feel seen and feel heard wherever they are in life. I want anyone who listens to my music to know that they matter, and that I got their back. Even though I don’t always have the right words, I know that I want to see good people all over the world thrive, I want to know that everyone is being treated fairly and feels safe to be who they are.

We love your new music video for “My Parade”! Talk us through the concept behind the outfit changes!

Well, to be honest, the idea came from YMCA! It’s kind of a gay anthem so I wanted to pay homage to it in my own way. I also like playing dress up…because it’s fun haha.

We’ve heard that there’s an EP on the horizon! Can you tell us more about this?

AHHHH I can’t tell you how excited I am about it- It’s called “Pink Grenade” and it’s a glimpse into my life, who I am, where I came from and where I hope to go. I’m so incredibly proud of every song on this EP. I’m so excited for it to be in the world!

What have you got planned as we enter our final months of this year? Anything exciting on the horizon we should know about?