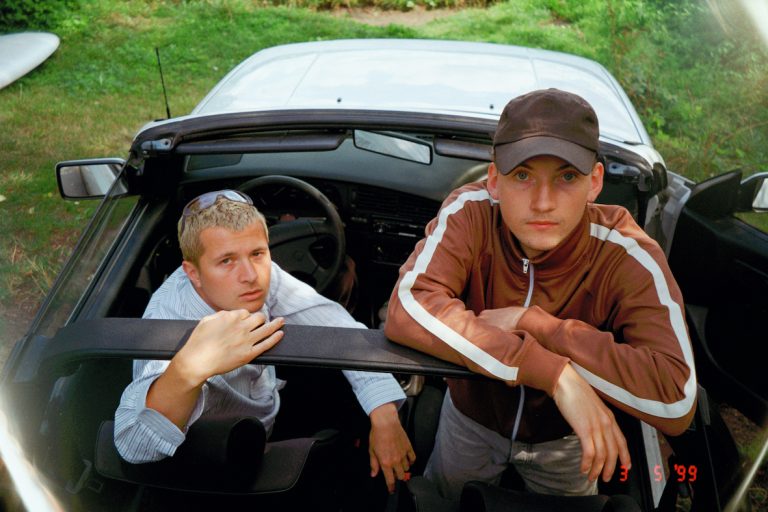 Get To Know Teddy Failure

The groovy sound of Swedish duo Teddy Failure is a certified happy-go-lucky material. The band is yet another unstoppable talent package from Stockholm, consisting of Teo Runsiö and Frans Torell.

Teo and Frans go way back, as they went to the same art school, with Teo focusing on classical guitar and Frans specialising in jazz bass. While introducing the duo, Teo remembers exactly when he first met Frans. Fast forward, Teddy Failure accumulated over 20 million streams over the course of just four tracks.

It all went down at a drunken Christmas party where they met an A&R and spontaneously decided to form a band. Not expecting to stick to alcohol-fuelled empty promises and overly confident dreams, Teddy Failure was born and wrote their first song the next day.

Depicting their new single ‘Stoner,’ Teddy Failure reveal they were envious of a character ‘The Dude’ in The Big Lebowski that now acts as a vehicle to celebrate the simple joy of kicking back and letting the day drift away, escaping everyday life.

Get to know Teo and Frans via our quick chat below.

What was your relationship with music before you formed Teddy Failure?

Before Teddy Failure we worked with writing and producing for other artists and stuff! But we always wanted to do something for ourselves!

Do you remember how did you guys first meet?

Yeah we went to the same class in high school! I remember the first day when I saw Frans take a chair with him so he could sit down and sharpen his pen, haha right then I knew we had to get to know each other!

How did the conversation look like when you decided to form a band?

We were at a Christmas party and we met an A&R, we all got really wasted and started to talk about how we totally should start a band! At first we thought it was just drunk talk but the day after we actually wrote the first song!

What is the inspiration behind your stage name Teddy Failure? How did you come up with it?

Actually we just put our names Teo and Frans into a random name generator and then Teddy Failure popped up!

What did you set your music to be?

We want to make music that we would like to listen to ourselves! That’s our main goal 🙂 Hopefully our girlfriends like it as well, but they are hard to please… 🤷‍♂️

Where do you take inspiration from?

From a lot of different things, often movies, music and art! For example Stoner is heavily inspired by Nickelback and the film O Brother, Where Art Thou!

Who are some artists you’ve been looking up to recently?

Recently we’ve been inspired by Elliot Smith and 347aiden!

Do you remember the first song you wrote together? What was it about?

Yeah we wrote it in school, it was a really cheesy song, I think the title was “love” very original 😉

What is the backstory of ‘Pure’?

Pure is a song about friendship and how it’s important to surround yourself with people you can be yourself with!

How was it working with ELIO?

Really cool! We worked with her once in Sweden and then we texted her and asked if she wanted to write an outro for Pure, the rest is history :’)

How did you come up with the concept for ‘Stoner’?

We sat down and ate fro-yo and talked about how we sometimes wish we could be a little more laid-back and chill like the character The Dude in the movie “The Big Lebowski” and that conversation ended with us writing Stoner!

Could you share any good stories from filming the music video for ‘Stoner’?

The main talent in the Stoner video is Sigvard (Frans little brother). It was super fun to see him do grown up stuff!

What could we expect from Teddy Failure in the future?

Lots! We just finished our first EP so that’s coming pretty soon and hopefully we’ll have a live show soon! We just gotta figure out what instruments to play etc 🤷‍♂️

What are you working on at the moment?

We just got a foot massage robot to our studio so that takes up a lot of time, but we should be making a music video for our next single and write new music! 🙂