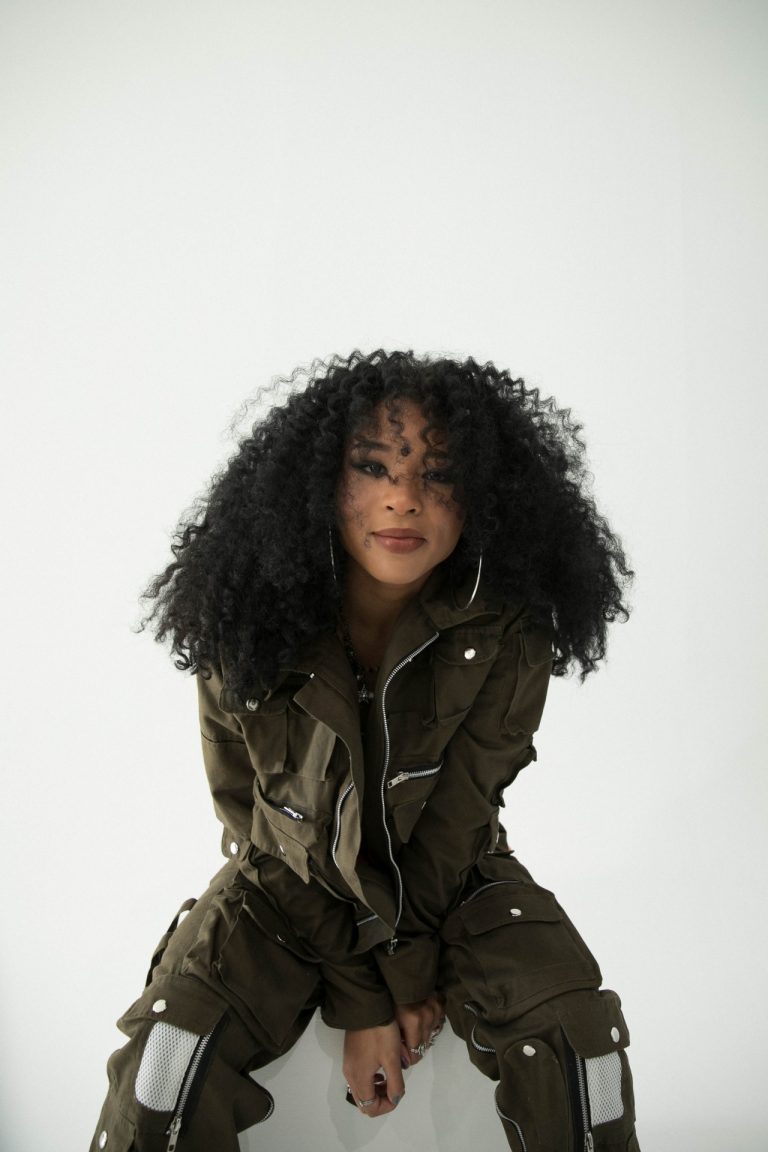 Getting To Know Ai Bendr

During one of her Zoom classes, the 17-year-old Ai Bendr receives a text. It wasn’t your ordinary text message. One of her producers was letting her know her song ‘Love Me Low’ is going to be featured in HBO’s hit series ‘Euphoria.’ As casual as the breaking of the news was, Ai’s instincts was to go on a half a mile run to process the overwhelming happiness.

For the Australian-born, Michigan-raised up and coming artist, this may have changed her life forever. Ai Bendr is only at the beginning of her career with a very bright future ahead of her. Noctis had to be at the forefront of this young talent’s journey.

As predicted, the release of ‘Love Me Low’ kicked off a series of events for Ai’s career; she says: “I’ve been so excited about everything since I first released Love Me Low, like a rolling snowball that keeps getting bigger. Since the release, I’ve connected with so many different artists and producers, signed a record deal with Interscope, and moved out to Los Angeles from my home in Ann Arbor, Michigan–it’s been very crazy. And, of course, since the release of Love Me Low, I’ve written a bunch more songs. I’m so excited for people to listen to them this year”.

The transition from Michigan to Los Angeles is a natural move for an artist. While Ai appreciates the sunny weather, she was not able to experience much of the city yet: “Well, I’ve been in LA for about a month, and we’ve been on lockdown for the entire time, so I definitely haven’t experienced enough to really get an idea of what I like to do in this city, ha. The only thing I’ve really done is gone shopping and worked in the studio, but one thing I really like doing is just driving around the city because I just get to look around. LA is like the most unreal city ever, like this is the city that a five-year-old would invent: a place with mountains and the ocean and palm trees and Christmas trees, always nice weather, like that’s unreal, especially since I come from Michigan where it’s often so cloudy”.

You may wonder how did Ai go from being born in Australia to living in Michigan. Well, let us break it down for you: “I am Singaporean, Chinese, and Nigerian, and I was born in Australia but raised in America. My parents are both immigrants, my Dad from a small village in Nigeria, and my Mom born in Singapore but mostly raised in Australia”, Ai explains.

“I mean, it wasn’t necessarily my choice to move. I was maybe one or two years old. I was just luggage for my parents HA. But I believe they moved because my Dad got a job in America that also offered him a green card, which means a way for us to become citizens”, she follows up.

A pivotal moment in Ai’s life was becoming independent and going to a boarding school where she made the initial commitment to music: “I always sort of secretly made music, but the main reason why I am as connected to music as I am today is, because I went to a boarding school at age 13 (I was entering high school), and living away from home meant more independence and I chose to explore music. It was in high school when I taught myself how to play the piano, and I’ve been going off that ever since when it comes to the songs I make today”.

Once she made the conscious effort to learn more, Ai’s love for music grew so strong she couldn’t function without it: “I had just turned 16 when I really knew for sure! It was because making music became the only reason why I wanted to live, and I told myself and the universe that I had to be a musician; otherwise, this life would never be happy enough to be worth it to me”.

After listening to her two releases, ‘Love Me Low’ and ‘Runaway’, you will understand, Ai Bendr is destined for this world of music. Ai put out ‘Love Me Low’ last year as a farewell testament to her high school crush. She shares the full story: “It was my senior year of high school, and I was in a relationship, and I was in love. However, as I mentioned earlier, I went to a boarding school, and that meant that everyone in the school lived halfway across the country from everyone else, so I knew that the last few months of my senior year were the last time I’d see him. But I was in love with him, and I just wanted to keep him with me, as I say in the song ha. Love Me Low is a goodbye song. I wanted to capture this happy/sad feeling that goes with saying goodbye to someone you love–the happiness that you got to love that person at all, but also the immense sadness at the thought of their absence in your life moving forward”.

The ‘Love Me Low’ music video has ‘a a carefree’ aesthetic that already aligns with the Euphoria world. “I made the video with some really wonderful nice people. There were three photographers shooting on multiple different cameras from multiple different angles; their names are Grace, Luke, and Noa Iimura. My manager helped out a lot too!” she says.

However, the moment Ai will remember forever is the way she found out the news of being featured in an episode in one of the biggest television series right now: “It was so casual how I found out it was funny to me. The producer’s I made Love Me Low with, and I have a group chat together. In the middle of one of my zoom classes, I get a text from one of them saying something like, ‘hey, give us a call when you can; love Me Low is gonna be in Euphoria.’ I jumped up and down in my room for 5 minutes so my whole family would know how happy I was, then I ran like half a mile cuz I needed to release all my happiness in some way”.

The Euphoria craze did not leave Ai behind, despite a different high school experience. She talks about her take on the show: “I was a huge fan of the show before, which is why I was even MORE hype. The show is incredibly well made to me. Although Euphoria definitely doesn’t reflect my own highschool experience, I really really enjoy the story, the characters are all so well developed, the acting is phenomenal, the videography is great, the aesthetic is new and exciting–I mean, no one really can say that it’s not a special show”.

The follow-up release of ‘Love Me Low’ is ‘Runaway’, a song full of poetic references Ai explains and gives us the breakdown of the track’s inspiration: “Runaway is basically a pretty description of this stressful, anxious emotion I was feeling during this past summer. I was feeling very stuck, the kind of stuck that feels un-solvable, and sometimes that made me really yearn to run away to a different place. When I wrote Runaway, I was at the beach with my ukulele, strumming chords and reflecting on this stressful emotion I had, and as I stared off into the sun, I wished that I could be there instead of the earth, and that’s basically what the song is”.

This anxious feeling was probably more prevalent than one may think. However, the sound of a ukulele and Ai’s witty lyricism turn anxiety into a beautiful song. Ai goes into more detail: “In the song, I said, “there’s a man on the moon, he’s always there for me when I am feeling blue,” to create the image of an abjectly sad person looking up at the moon, wishing to be there. I sang, “he says run away into the sun I’ll surrender all my love it’s all for you,” to point out how strongly the urge is to leave the earth; it’s so strong that the moon is talking to me”.

She continues: “Everyone loves a game, brace yourself now for the pain of when you lose,” This is me referencing “the game” of life, which can be so fun until you’re on the losing end, and then it can feel so bad. The chorus I wanted to sound almost like sirens from the ocean calling you in (just in case you aren’t aware of Greek mythology, sirens are mystical mermaid-like creatures that live in the sea, and when they see ships, they start to sing to them, and sirens have such a beautiful voice that mortal sailors cannot help but turn their ships towards their call; but although their voices are so mesmerizingly beautiful, sirens have malicious intent: the call of the sirens is actually leading the hypnotized sailors to harsh rocks that will lead to their shipwreck, then their deaths, and then dinner for the sirens), telling you to “take off your sweater in this hot weather, burning up just looking over there at you,” by which they are suggesting you do the thing that you a yearning so much to do, and that is “runaway, runaway, runaway.”

Ai Bendr is definitely an artist to watch. There is more music coming soon, and we cannot wait.