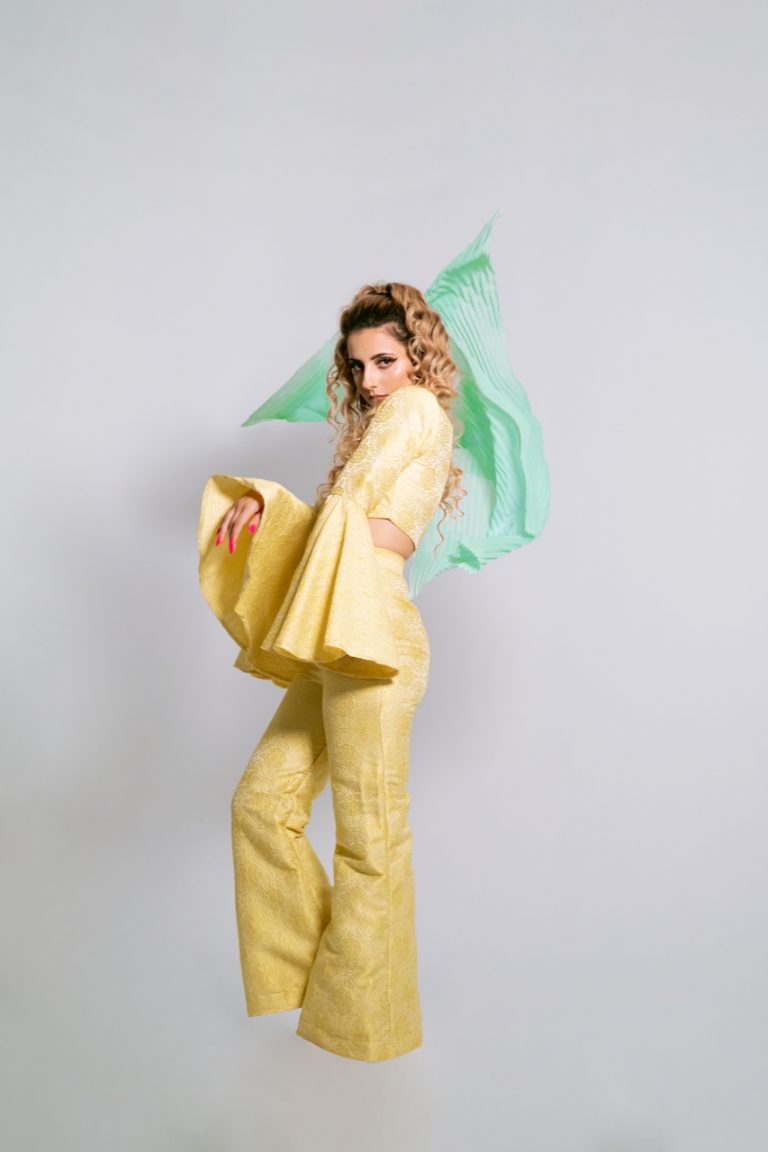 Newcomer Persian – Kiwi singer/rapper and songwriter CHAII mixes her Iranian heritage into her music, giving listeners a refreshing new perspective and insight into the Middle Eastern hip-hop scene. Influenced by the likes of M.I.A, CHAII’s raw style and effortless flow have attracted the likes of Apple iPhone and Fendi, using her track for global campaigns. With her most recent release, ‘Troubles’, and more to come in 2021, you can be sure there’s no stopping CHAII on her rise to the top.

Over the lockdown, we spend some time with CHAII on a relaxed zoom call, as she shares her secrets to song writing, her DIY attitude to her promoting music and tells us her personal experience navigating the highs and lows of the music industry.

Hey CHAII, so first of all, how is it to have your country back to normal, Covid-19 free?

We’ve been lucky. It’s a bit weird. We’ve had a couple of lockdowns, but the lockdowns are very like, you know, don’t go out, until they kind of trace it, but I guess we’re lucky because the country’s quite a low population, 5 million but it’s a new normal, it’s still not normal.

During your lockdown, what did you do to keep productive?

For the first lockdown, I think everyone was just like, Oh, this is a new thing. Whereas the second one kinda hit everyone a bit harder, but when the first one happened, we were meant to do overseas shows, we were a week away from going to America and then were supposed to be in Europe, in August. So it was pretty much going to be a, quite a live year. But when it happened, I was like, cool making content, and going to be making more music. It just instantly was just like, what can we do now with the limitations? And then it was like, oh, let’s do videos, performance videos in the backyard, me and my flatmates, or just like, you know, sitting around thinking of ideas and like trying new things. So it was pretty cool. It was a really shit thing to happen the whole year, but I feel like, because being a creative, it’s kind of like, it’s always so up and down that you’re always adapting and changing depending on how things are going. So it’s kind of just another change.

So what got you into music originally?

I always dreamed of it as a kid and then you grow up thinking that it wasn’t going to give anything back to me. I always just did it ‘cause I loved it. And then I decided to kind of do it full time about two years ago and was like now, okay, I’ll give it a proper shot. I’ve got enough skills and I’ve worked with enough people now to like, know how to do it for myself. Then yeah, it was lucky enough for things to happen. I think it was just naturally there always, I just always loved doing it.

Who would you say you grew up listening to musically, like who inspired you in your musical journey?

You’ve infused your Iranian heritage and New Zealand upbringing into your music- what would you say you wanted to achieve through that and what sort of reactions have you been getting to it?

I think it’s like the truest form of music, I’m kind of finding my own identity. I never thought about how would people receive it? I just thought it was quite weird. I was like, oh you know, just experiment and make this kind of stuff, but then people found it interesting. Then some people really connected with it because they were like “I’m multicultural too – it’s cool that you bring your culture into it.” It wasn’t forced. Like, I feel like it really naturally happened over the years, but it’s just a bonus for me that some people can connect to or people find it interesting or cool to listen to. So that’s a big compliment to me.

Your music is similar to M.I.A, with hints of Rosalia, they’re both great at infusing their culture with their music, I love that. Are you influenced by them?

They were definitely a big inspiration. M.I.A especially was like a big inspiration just cause she was one of the first artists that I saw clearly bought her culture into her music. At the time I was like, this is really cool, but didn’t really quite know how to mix Persian and Western. But when I saw that M.I.A could do that, it inspired me to do it myself. And Rosalia, yes I love her too, her work is amazing. The talent she has is incredible. She just looks so gangster, I love it.

Fendi, one of the biggest fashion brands in the world, contacted you to get involved with their campaign, how does it feel to have them use your music?

It’s crazy when someone like Fendi or those kinds of brands use your music and think it’s suited for their brand. I find the brand really awesome too. So in my mind, it’s just like, a well-known brand would normally go for a well-known song or something like that. But it’s really interesting to see that they’re actually keen to experiment with new sounds. It’s a cool thing. You know you can be niche and your music can sound awful, or it’s good, but you know, not received as well as you would hoped to. Luckily my music was the type of niche that was accepted in Fendi’s case. I was like “Oh, cool. This like cool beat I made in like 10 minutes was chosen!”

So the “Trouble” video was mainly about my childhood, the video and lyrics were done in different times, I’d never done that before, as in a song with a video that means something different to the actual song. It was interesting because I filmed the video first before having a song for it. So I did everything backwards for that song. And visually, I just want it to be more about the Middle East and how I grew up just being an ordinary kid, playing on the streets and doing all of that. And then lyrically, it was where I was in the present day. It was my past on the video and my present in the song. It’s about how I’m bringing my culture into the song and also certain things about the music industry. Just things I have opinions on that I don’t usually express because I just find it easier to put it in a in a song.

How important is social media or how has it been for your music?

I think social media is so important these days anyway, like with how much we can reach have. It’s crazy. TikTok is basically another dimension in my eyes – it’s like people easily access your song and do dances! You get to see your music in different light. I’ve been really into Instagram. I mean, I’m not a big social media person on my like personal stuff, but for the music, I really enjoy interacting with people and getting the music out there and yeah, just inspo. So that’s really really crucial.

It’s always very different. The music does come first a lot of the time and then I’ll like mumble melodies and mumble words over the top or sometimes it’s a freestyle and the freestyle ends up a chunk of it ends up staying in. A lot of the time it’s just mumbling the sounds and then putting lyrics to it and that’s about it.

Where do you get the inspiration to write songs?

Yeah, definitely what I’ve mentioned before, obviously a lot of things that I take in from around us but also through just things you want to express or say, but I like to keep the music quite hype. Like even if it’s something deep, I still want people to be able to kind of dance to it and not think too much of it. I kind of leave the meaning to that person listening to the song.

What would you say you prefer more being on stage or recording songs?

Oh my god, that’s so hard! On stage is definitely my favourite thing still but I mean recording that’s such a buzz when there’s a good session, that beats live. There are certain sessions that beat live but performing live always wins for me.

What would you say is something that you like makes you strive for greatness?

Family is important to me and following what I love as well, the team I work with like everyone, they’re all like friends to me. So just being able to all do really cool things together and everyone kind of has their own things going on as well. So it’s really nice. Just like celebrating everyone along the way. And I think that’s what definitely keeps the drive and keeps us going.

What have you learned so far being in the music industry?

I think the biggest thing I’ve learned is that it is extremely up and down in terms of like personally like, you know, when you’re working- there’s always this either heaps on or sometimes nothing. So it’s kind of like someone retiring, they go from like working on their life and I call them mini retirements. Then you go to bang nothing. I guess it’s similar to what COVID did to us… For some people who were working, who weren’t in the creative industry, they went from this to that and they couldn’t really cope. I realised that. What happens to me every time that it goes up and down. So then what I’ve learned about that is to just find a routine to get back into when I recognise that I’m going from a full on burnout or like, you know, doing heaps to nothing to find something to do during that time to amp it up again, or slowly and put off and then slowly amp it up kind of thing.