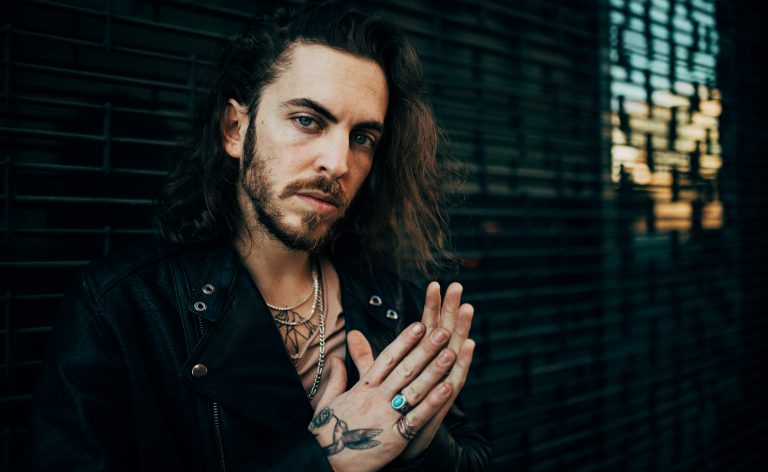 Getting To Know Dennis Lloyd

“Sometimes in life, all you need is closure” is how Israeli musician Dennis Lloyd introduces his new EP ‘EXIDENT,’ “you need to tie the ends,” he says. The mastermind behind ‘Nevermind,’ a song that took the world by storm, opens up about the importance of going after what you want and sticking to it, being yourself and the true champions of his heart, Bono, and Luna.

For someone who went to an art school as a trumpeter, Dennis attained a distinctive sound and made it into a career his peers tried to discourage him from pursuing. As we sat on a coach in the Red Rooster in Shoreditch, there was no doubt about Dennis’ passion and firey attitude towards wanting to achieve his dreams.

Despite the confidence in his craft, Dennis gets raw and vulnerable when talking about his previous relationships and post-break-up phases that are now tracks on ‘EXIDENT’ and will speak and relate to thousands of broken hearts around the world.

At only 8-years-old, during a 4th-grade musical presentation, Dennis chooses a trumpet out of all musical instruments. “We had like musical thing in the school, someone played the guitar, someone played base, and I heard the trumpet, and I was uf I got to play it. The sound was so dominant I got to learn how to play it”, he explains.

His love for the trumpet led him to attend an art school located just outside of Tel Aviv, but as soon as Dennis began to divert his interests like covering songs by Kesha, his classmates did not approve. “I was very very shy and especially not confident with my voice and my singing, because I was in the art school as a trumpeter and not as a singer, but I loved to sing, and I played the guitar and wrote songs,” he touches upon the discouragement he was faced with.

As any other artist convinced of his talents, Dennis found the purpose of reinventing himself: “Eventually it’s all about being yourself I think and stick to it. After school when I was 18, I joined the army, and it was like a fresh start, nobody knew me before, so I just presented myself as a singer”.

Every night since he was 12, Dennis looked at a poster of Kurt Cobain hung over his bed and aspired to be as real as him one day. When asked about his biggest musical influence, while coincidentally wearing a Nirvana band tee, Dennis unleashed the thoughts of his fifteen-year-old self: “I want to be this guy I want to be authentic, I want to be able to not give a fuck about anything and just do what I do”, and ten years later, Dennis and his music do scream with authenticity that inspires.

For anyone struggling with discouragement and hate from the people around you, Dennis has something to say to you: “For me, it is the best part of the show. When I see a 16-year old in the audience, and I can tell my story like ‘look when I was in your age people did not support me, but now I’m here on this stage. So look at this, don’t think about them, think about me and just follow your gut'”.

A single decision that did motivate Dennis’ career was the decision to relocate to Bangkok. The singer lays down his thought process behind this move: “Many people go traveling after the army; some people go to India some people go to Latin America and just travel. I didn’t want to be like anyone else, so I felt like I’m going to save some money and work and one day I will get a sign, and I will decide where I will go”.

“It was April 2015, and I got a call from a friend, he lived in Thailand, and his friend was a local, and he said ‘bro I heard some songs, and you need to come to Thailand I think the people will love it.’ We ended the call, and I booked the ticket to Bangkok”.

The choice to leave your home country to chase your dreams can receive mixed reactions, but once Dennis’ parents heard what he’s been working on, they got it. “I think after six months my parents came to visit me. Think about it for six months, they heard from me like once a week, they asked me what did I do this week, and I just said I made music, okay bye that’s it. When they came, I was like ‘now you need to sit down on the couch, and I’m going to play you every single song I recorded since I moved.’ They were like ‘okay; now we understand what you’re doing here'”.

Dennis is used to making decisions before anyone can understand his reasoning behind them. But he is confident of everyone’s support in the long term and meanwhile he is making decisions for himself.

Like any other human being, no one likes to be told what to feel, and that is the core of ‘Playa,’ as Dennis elaborates: “The story is about a fight that we had, and we were arguing. I said how I feel, and she said it’s not true. I am a kind person most of the time, but there are some points when I get angry, and it’s when people say that I’m wrong. If I say I feel something it’s not a negotiation; it’s not a discussion”.

‘Playa’ was also a turning point where Dennis favored minimalistic production vs. over-instrumenting: “I recorded the vocals, and I put drums and synths, and I put keys, it was a mess. I just heard it and I was like this is shit. I deleted everything except the vocals, and I made it simple. Just minimalistic, only the keys, drums and the base that’s all you have in the song. The vocals and the lyrics are what is leading the song for real”.

Later on, in 2016, Dennis releases ‘Nevermind,’ a track that started up all of this. In this song, Dennis shares he’s ready for something serious after fooling around for so long. In September 2017, he wrote ‘Never Go Back’ that talks about the end of the same relationship. Finally, his EP ‘EXIDENT” that is out now summarises the post break up time. A straightforward depiction of this chapter for Dennis is: “It is the direct continuation of the narrative, the same story, the same girl.”

More on ‘EXIDENT’: “The songs, in general, are phases that I experienced after the breakup. The first song I wrote after the break up is Never Go Back then the second song is GFY. After that, I wrote Runaway, and then after 3 or 4 months I wrote Aura, I called it ‘When We Fuck.’ I wrote it eight months after the breakup, and that is the song that starts the EP”, he unveils.

With ‘EXIDENT’, Dennis has a story to tell. He uses his music to speak about what he has gone through, but “it does not matter,” he says. He is leaving his EP open for interpretation of your own. ” I don’t need to spoon feed you. You need to hear it, and you need to think what you think. If you think this song is written about this, perfect, I did my job”, he says as he encourages his fans to look for their translation of his music.

‘GFY’ (Go Fuck Yourself) is probably Dennis’ favorite one out of the EP, a personal favorite of mine as well. Not only is ‘GFY’ a very honest and aggressive monologue by Dennis to his ex, it includes a very powerful message from a TED talk by Gary Lewandowski.

“After the break up I started scrolling through Youtube, and I was depressed, and I saw this TED talk, and I heard what he said. And it’s weird he speaks about when you’re 100 years old, you’re not going to think about which phone you had, how much time you spend on the Internet, how much you slept. It’s about spending time with the people you love. I heard it and I started crying of course because it was strong. A year later after I wrote ‘GFY,’ I watched the video, again and again, I started to think the relationships he is talking about are not necessarily intimate relationships, he is talking about friends and family, about people you love”.

Speaking of loved ones, the true champions of his heart, the love that really stirs Dennis’ soul is the love for his dogs, Bono and Luna. After a conversation of broken hearts, the depths and intensity of a breakup, the mood lifted significantly as soon as we mention his dogs. Out of over twenty tattoos, Dennis chose the one of Bono and Luna as his favorite one. It is a very tasteful portrayal of the loyal dogs he rescued and are now following him everywhere he goes.

Later that evening, I got to see Dennis Lloyd’s show at London’s Omeara and, let me tell you this, I was not ready. The crowd sang along to every song and knew every lyric. Witnessing his live performance convinced me off his talents beyond belief.

Dennis Lloyd is a man of pure raw talent, so determined to do what he loves he will be on one of the posters over teenagers’ beds wishing to be as real as him. ‘EXIDENT’ is out now, make sure to listen to it, it is an experience.