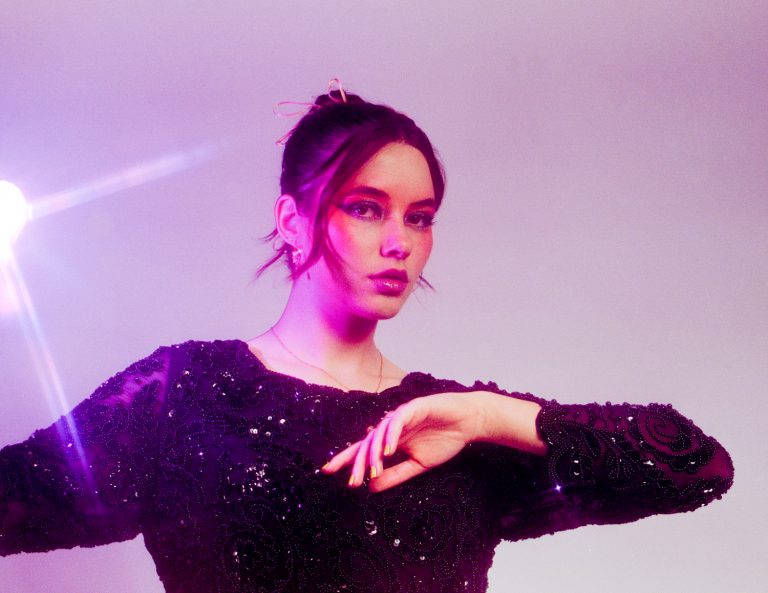 Getting To Know Sabriel

There is an effortless aura that surrounds Los Angeles based, Las Vegas born singer, songwriter and producer Sabriel (pronounced shä brē el). Glimmering underneath the serenity of her neo-soul sound is the unembellished truth of the things she has gone through in her life so far and how she has navigated her way around them, with her latest EP Pulse representing her “growth into real womanhood”.

The blinding lights and opulent lifestyle of Las Vegas has been a constant in Sabriel’s upbringing. Born into a family whose seen generations raised there, it’s almost a given that the city has in some way influenced her music. Metaphorically even, with her rich and velvety vocals representing the glitz and glamour of downtown Vegas, juxtaposed by the raw and gritty themes noted in her writing, representing the dusty no-mans-land of the Nevada desert.

Relocating to Los Angeles in recent years, Sabriel has stepped into new territory, expressing “I spent the entirety of my early twenties in a controlling situation. Now that I’m an independent person, I feel like I have to make up for lost time. So I’ve been jumping into the unknown just to see what sticks. I absolutely could stay in the house making music by myself for the rest of my life and never try anything new, but I’m hungry for adventure. I have so many friends here in LA who have been pushing me to make the move for a while now. I finally just had to do it and I’m so thankful for all of the love from those around me.”

Stamped in her roots, it was inevitable that performing would be the avenue Sabriel took, having begun dancing from the age of three and being amongst musicians in her family. The artist revealed, “My parents were definitely the ones who got me into music. My dad was a drummer and made his own songs. And my mom has always been the ultimate Prince fan. They surrounded me with beautiful tunes throughout my entire childhood.”

Firmly acquainted with her emotions, Sabriel has the rare ability to acknowledge her feelings and explore them thoughtfully through her music. Writing her first song “MUYM” (Make Up Your Mind) in high school about a boy she had a crush on, it’s clear that she has forged a path that allows her to express herself in a thought-provoking way, that’s therapeutic for both herself as well as her listeners too. Releasing her first set of songs at 17 years old, she admits “I guess I’ve always felt the need to get my music from my bedroom and into the bedrooms of others. I wanted to be a singer even when I was a little girl, so it’s the best feeling to be able to share my songs with others.”

Leaning into past heartbreak, confronting her fears and facing new unknowns, her new EP Pulse is an exploration of the world around her and a celebration of her growth as a woman. Exposing her emotions through her music, it is evident her writing comes from a vulnerable and honest place, that isn’t necessarily within her zone of comfort. Touching on themes of heartbreak, anxiety, depression, exploring new cities and new loves, and figuring out how she feels about the world, the EP beams with strength and courage, with her music inviting her listeners to take steps of vulnerability themselves.

Though Pulse isn’t her debut EP, it is the one that feels most true to her, as it perfectly captures the stage of life she’s experiencing. Serving as somewhat of a journal, the songs act as chapters of her life, detailing lessons she’s learnt and emotions she’s experienced. From the writing, to the production, to even the music videos, her sound has manifested purely from her mind and soul.

The first song on the 6 piece offering is the title track “Pulse” which delves into toxic relationships and unconditional love. The artist revealed, “I wanted to name the EP after this song because it was the catalyst for my healing and growth. The song serves as a reflective moment of my past and drives me towards my future.” Singing of neglect and uncertainty, the song displays her smooth heavenly vocals as they soak in a pool of captivating chimes and calming instrumentation.

Weaved with an artistic flair, the tracks off the EP explore a constant theme of fire throughout, with Sabriel explaining, “Fire will transform every single thing it comes into contact with. As mesmerizing and warm as it is, if you touch it, you will get burned. I love that. It’s beautiful, but demands respect. Fire will spread however it pleases. It will destroy, so that you can rebuild. And the next moment, it will be there to comfort you”.

Exploring new territories, the EP doesn’t just untangle topics of heartbreak, but celebrates new beginnings and the euphoria of the unknown. Created initially as an instrumental track in 2019, “Synch” developed over a month-long solo trip in Los Angeles after Sabriel felt a stroke of inspiration to write lyrics, expressing, “Life was so full of synchronicities. And I was doing things I had never done before. Finally getting to feel what it is like to live my own life and to make my own decisions. I was learning about myself through other people. Crashing on couches. Collecting flowers and waking up to petals in my bed sheets. I was feeling comfortable not knowing what life was going to look like.”

Immersing herself into the LA lifestyle and with the release of her new EP, Sabriel has started 2022 off on a triumphant note. But the work doesn’t stop there, with the singer revealing, “I’ve already started writing new tunes, and I have a possible concept for an album. In the meantime, I’m working within the NFT space and collaborating as much as I can. I’m finally finding comfort in living in the unknown. So let’s see where life takes me!”