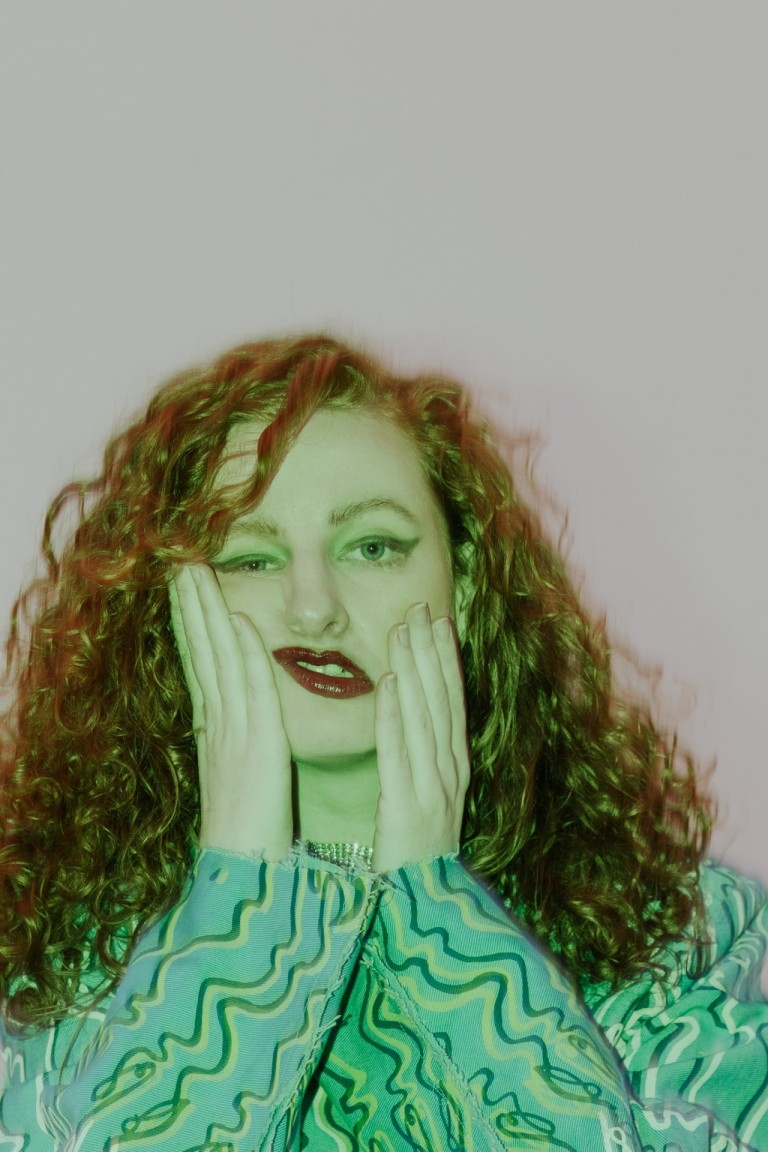 GINGE | On The Rise

This 7-track long stand-out project offers joyful vibey records as well as inward-looking, thought-provoking messaging. The lead single ‘Take My Picture’ arrives soft, turning into a sultry hypnotising, flirtatious banger that you won’t be able to turn off.

Balancing the not-so-glamorous reality of being an independent artist, GINGE gives off determined energy in love with the craft. For next year, GINGE craves more structure and balance in her life while she explores the idea of an album and writing for other artists.

Congratulations on the release of ‘Bummer,’ how did you celebrate?

Well, the concert of the day of the release was one big party. We played in Utrecht and the room was filled with people that are close to my heart. Loudly singing and dancing to these new songs definitely was a celebration!

How did you feel spiritually during Covid?

I think I lost touch with myself a lot. I mean, it was a long phase of ups and downs, switching from feeling locked up to getting a glimpse of togetherness again just to get back to even more restrictions. It was tough and for me personally I had a hard time expressing myself. I think I listened to a lot of songs that were either really sad or songs about partying and living it up with friends and people around you. If there’s one thing I’d have to point out that these lockdowns have taught me, it’s that I’m more comfortable being alone now.

What was your soundtrack for isolation?

I think mine was Fuck Yo Feelings by Robert Glasper and Yebba. It’s a nice one to sing along if you want to let go of some anger and frustration.

What kept your creative juices flowing?

To be honest, they stopped flowing for a long time. I write about stuff that happens to me, that makes me feel a certain way. So naturally, when stuff ain’t happening and I’m feeling numbed, there’s not much to write about. I tried to push myself to write, but the lyrics I wrote didn’t mean anything to me at all at that point. Eventually I found something in creating a world in songs where I could go out, see people and fantasized about these new adventures through music.

What are the main themes of your new EP ‘Bummer’?

There’s a few different stories in it. For me it’s about coping with disappointment (or trying to) and where to turn to for joy. I came to notice that partying and (over)compensating with new positive adventures. I think one of the best feelings there is, is getting ready for a night out with friends after a long dreading week. That’s Bummer for me.

What is the backstory of your single ‘Take My Picture’? (It’s an absolute banger btw haha, can’t stop listening to it)

Thank you! I wrote it after a specific night where I kissed someone who’s into photography. That night was the perfect kind of chaotic. Everyone was drunk, singing karaoke, talking bullshit, and so on. We started making this song in the week after. I also realized that I had a lot of flirts with people who took pictures either as a hobby or for a living. For me the song is about capturing memories and making joyful moments last, not thinking about what comes next, just living here and now.

What is your favourite lyric out of the project?

In Just In Case I open with ‘You called me pretty, did you regret it when it left your mouth?’ Each time I sing it or hear it, it gets to me. It’s a simple sentence but it captures a feeling that I got left with after most of my situationships. I don’t know why but when something romantic ends, I tend to think (or assume) that the other person just realized that their attraction to me was a lie. My other favorite is one from the interlude ‘But your flowers still grow in my garden, pick the petals and I watch them shower.’ This one also has to do with my relationship with love. The flowers are a metaphor for my first love. I’m still learning to love by watching the flowers grow and I know they can’t grow without a little rain.

Is there any significance behind the color green?

The color green is often associated with renewal, life and energy. It’s fresh. For me it’s the color that turns a bummer into a new adventure.

What are your plans for next year, personally and professionally?

I’m trying to get used to the idea of beginning on making an album. It’ll definitely take a while and I don’t want to pressure myself too much for it already, but I like the idea of an even bigger collection of songs that has a bigger concept. Next to that, I’m trying to get a little more balance and structure in life. Working in music can be quite the hassle, especially when you’ve got a side hustle to pay all the bills as well. I’m hoping to also get more involved in songwriting for artists this year.