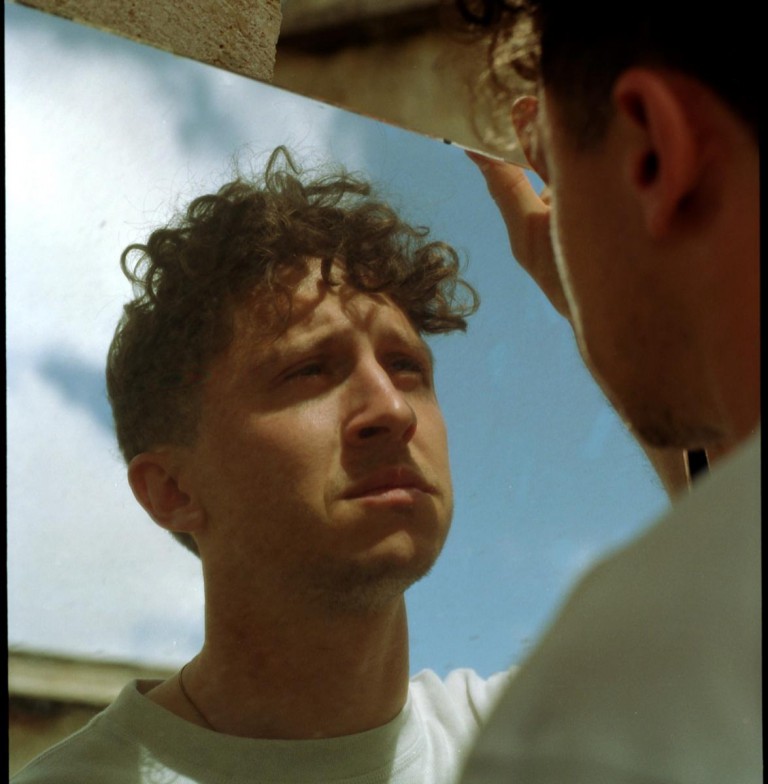 In Conversation With Joel Baker

Handed a backdrop of pain, Joel Baker uses his lyrical brush to paint a poignant body of work, his debut album ‘Hush Now My Fears.’ Paying tribute to his best friend and mother, who tragically passed away within a year of each other, Joel Baker powerfully turns grief and loss into hope.

The Nottingham-bred singer/songwriter, based in Hackney Wick in London, Joel Baker, shares his long-awaited debut album as a collection of 13 heartfelt tracks that soothe with a blend of country and gospel influences.

From the opening track, ‘Paperchains,’ through the last song, ‘Hope Sweet Hope,’ Baker takes you on a spiritual journey with lyrical genius sprinkled with sentimental voice notes, spoken word, and poetry. One of the record’s highlights is Sophia Thakur’s passage on ‘When I Hold You NowI Hold You Tigther’ Baker compares to Nicki Minaj’s moment on ‘Dark Twisted Fantasy.’

As Joel Baker discusses his new album ‘Hush Now My fears,’ he describes songwriting as his fire escape that will eternally guide him through any hardship. In the past few years, it seems like Baker cracked the waltz of being in the music industry and is done waiting for the praise from the suits and cares about impressing himself and himself only.

Congratulations on the release of your debut album, how did you celebrate this special body of work?

A fish & chips with the best curry sauce in the world.

Would you say writing lyrics for this record helped you deal with certain emotions?

It was my lifeline. Writing words has always been my fire escape since I was a kid. It’s the only way I know how to deal with emotions to be honest.

When did you start writing tracks for ‘Hush Now My Fears’? How would you describe your state of mind at the beginning and at the end of the album process?

“Paperchains” was the first song written on the album and that was May 2020. I was still writing and rewriting One More Time & Baby Teeth until September 2021.

I began completely lost. These songs became a torch to my feet. They guided me where I needed to go. Songs often do that if we let them. Songs are often our unconscious thoughts breaking through, our future self beckoning us forward.

You’ve collaborated with some incredible artists such as James Vickery, Jordy Barney Artist, how did you pick these musicians?

Every collaboration was built on admiration and genuine connection. I wanted everything to be organic and mutual.

There is an incredible passage by Sophia Thakur, how did this collaboration come about?

I feel like Sophia’s moment is the Nicki Minaj moment on Dark Twisted Fantasy. She blows everyone out the water! What an incredible verse eh!? I was honored she was up for doing a verse. I couldn’t believeeeee my ears when she sent her initial voice note idea. Amazing.  A personal album highlight for me.

Are you a fan of poetry?

Absolutely. Leonard Cohen is my idol. Kae Tempest was a big influence on this album. A lot of poetry, especially classical poetry is too dense for me. But those poets who also write songs (like Cohen, Tempest, King David) are my sweet spot.

What was your favorite moment from recording this album? (Alone or in collaboration)

Ghetts popped into a studio session whilst recording ‘Baby Teeth’. He loved the line ‘all my heroes are dead or disgraced’. Getting praise from one of my lyrical heroes was surreal.

Is there an artist or an album you turned to during the toughest moments of grief?

What was your main light in the darkness?

Long runs, Rob Bell podcasts, roast dinners. My wife has kept me afloat. My natural instinct is to submerge myself in self pity, but she makes sure I keep my head above water.

You’ve expressed that listening to an album has the power “to change you, to heal you”, what was that record for you?

Jeff Buckley’s Grace was the first album to do it for me. The bridge on “Lover you should’ve come over” still gives me shudders. That album was my everything. More recently, Jon Bellion’s ‘Glory Sound Prep’ changed my life and birthed new horizons in my head.

How did you feel about being an artist while releasing your previous EPs ‘Winter Dreams’ and ‘Prayer Emojis’ compared to today after ’Hush Now My Fears’ is released? How did your relationship with the music industry evolve over the years?

This project feels very different. It feels exposing because I’ve produced it all myself. I’ve felt more vulnerable about releasing this album than projects before. But I also think that’s a sign that it means more to me.

It feels like my relationship with the industry evolves every year, as I evolve as a person too! At the moment I’m not really focussed on the ‘industry’ part of this waltz, I’m more focused on making things I’m going to be proud of in 5 years. I’ve wasted a lot of years trying to impress ‘the industry’ when the only person I should be trying to impress is myself.

What are you planning for next year?

I’m finishing a collaboration project for next year, and also a shorter project with an LA based duo. So plenty more music!