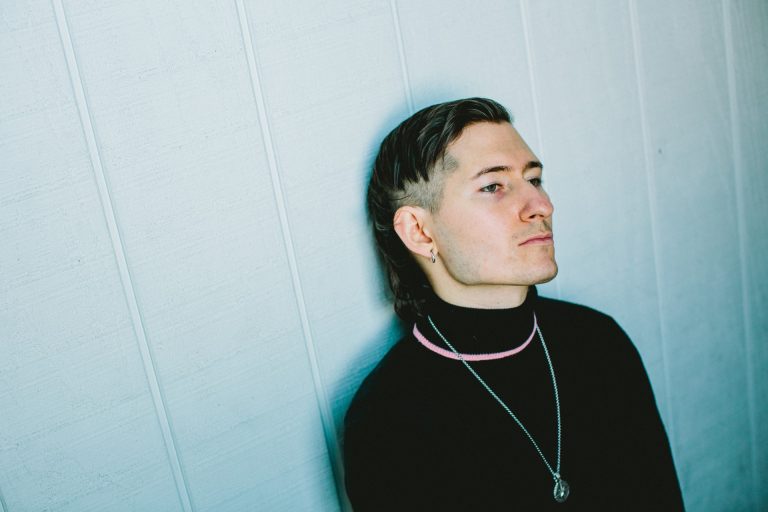 Go For A Walk With nothing,nowhere. And His ‘Trauma Factory’

“It’s a walk in the forest on a brisk morning. Throughout the walk, you experience every single type of weather until you make it out to a sunny sky at the end”, says Joe Mulherin, better known as nothing,nowhere. about his long-awaited project ‘Trauma Factory.’ It could’ve easily been the description of last year as well, ‘Trauma Factory’ is Joe’s fourth album.

“I’m feeling nervous, excited, unsure, and relieved all at the same time. It’s always an odd feeling working so hard on something then letting others hear it”, Joe discloses about the release of ‘Trauma Factory’ that is officially out today. He recorded the album in the wake of the most tumultuous time of his life. This project encapsulates the sound of healing, of picking up the pieces and reassembling them into something durable so that they may weather the next storm.

In the celebration of nothing,nowhere.’s release, Noctis talks to the artist and discusses his favorite childhood spot, why he started his career in the first place, his recovery, and collaborating with Travis Barker. At first, we wonder about the moniker, what does it mean: “nothing,nowhere. is just me. I wear my heart on my sleeve I guess”, Joe states.

The foundation of who is nothing,nowhere. today could be traced back to his hometown of Foxborough, Massachusetts. More specifically, a defining spot was the local skatepark that Joe portrays as following: “The Foxborough skatepark was everything to me. It was my safe place, my playground, my inspiration. It was a place where I knew I could find all of my best friends, and we could truly be ourselves. I miss it terribly, but that’s just the nature of growing up. I remember going there, and there would always be a boombox playing, and we would all be hopped up on candy and energy drinks. I met a lot of my best friends there, and we are still friends today”.

At the of 12, Joe fell in love with the art behind playing the guitar. He also began using music as an outlet, a source of escape, and a tool to de-escalate his anxieties. Joe elaborates on the moment when it hit him: “I heard someone play Ozzy Osbourne’s ‘Crazy train’ at a guitar shop, and it looked like magic to me. I couldn’t understand how someone could do that, and I had to learn it”.

In 2015, nothing,nowhere. released ‘Don’t Mind Me’ on SoundCloud, and nothing was the same since. The question is, did he ever imagine the success he would come into: “Yes and no. I was hopeful but honestly could have never imagined this.  I thought I was going to be working a job I didn’t want to. The song was really just a byproduct of apathy. I was feeling burnt out from school and work and just wanted a release”, Joe explains.

Fast forward to 2018 and a fourth project, ‘ruiner’ out of the nothing,nowhere. discography, Joe’s debilitating panic attacks cornered him, and he had to cancel his U.S. headline tour only a few days before the kick-off. His decision to prioritize his mental health was only met with support: “I’m lucky to only have supportive and understanding people around me. Everyone supported me and was there for me”. Everyone understands, and most of them have been through similar things. That’s so important as an artist”, Joe shares.

The extent of Joe’s anxiety was crippling and paralysed him until a point where he could not get out of bed, let alone write a song. For a whole year, Joe took a year-long break away from the studio. In the meantime, head-set and focused on his recovery; Joe spent all his time between

Buddhist monasteries in Massachusetts, therapists, and psychiatrists. “I think they are both equally important to my ongoing recovery. It’s important that you make sure you are spiritually, mentally, and physically aligned”, he acknowledges.

Soon after his first release back, ‘dread’, nothing,nowhere. got to do what many aspiring artists of this generation dream of. In 2019, nothing,nowhere., and Travis Barker recorder their collaborative EP ‘Bloodlust’. “I heard through the grapevine that he had heard my music. I couldn’t believe it. One thing led to another, and we ended up recording together for someone. Props to Travis for doing so much for rock music and bringing it back into the mainstream” Joe talks about this huge accomplishment came to life. He continues: “He taught me to completely go ‘fuck it, load,’ and send it.”

Today, nothing,nowhere. puts out ‘Trauma Factory’, the first full-length album since the release of ‘ruiner’. With this project, Joe gave himself a green card on experimenting with sound. “More r&b and more new wave I guess. I’m literally all over the place with my influences, so it’s hard to actually surprise myself in the studio”, he says.

The same goes for the theme of the album. ‘Trauma Factory’ includes a bit of everything: “It’s a walk in the forest on a brisk morning. Throughout the walk, you experience every single type of weather until you make it out to a sunny sky at the end”.

When we ask about the album release celebrations, Joe expressed his gratitude: “Hopefully, just play video games with my friends like I do every night. I am very lucky”.

As a little something for the road, Joe shares his wisdom and pro tips on how he is dealing with anxiety and what helps the most. The world is still a weird place, so right after you listen to ‘Trauma Factory,’ try out what he recommends: “Meditate daily, stay active, earth 3 times a day, take vitamin D and reach out to a psychiatrist if it’s all too much”.