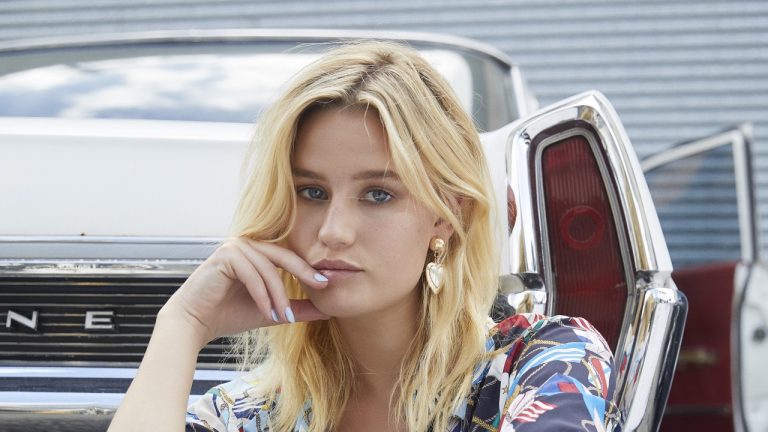 On August 5th Australian artist GRAACE released a bass-laden pop banger single called “Body Language”. The track was inspired by a pre-lockdown adventure to Thailand, followingmonths in self-isolation along with everyone else in the world. During COVID-19, as well as producing ‘Body Language’, GRAACE spent her time productively writing and recording remotely with various collaborators for her forthcoming debut album.

We were first introduced to GRAACE after co-writing and featuring on 2017 track ‘Numb’ which very quickly became platinum in her homeland of Australia. The left-of-centre pop smash showcased GRAACE’s silky vocals which also saw GRAACE join Flight Facilities as a touring vocalist on their 2018 tour, playing shows across Australia, North America, Europe & New Zealand. After that quickly followed the singer’s debut single, ‘Kissing Boys’ as well as her 2018 debut EP ‘Self-Sabotage’, which has garnered 30 million streams globally. Since then her melancholic pop jams have received praise from the likes of The Fader, The Line Of Best Fit, Notion, Marie Claire, Triple J and Radio 1 and she now has over 100 million streams on Spotify.

‘Body Language’ is GRAACE’s second release of the year and a notable change in pace from the deeply personal cut ‘Hard To Say’, showcasing another side to GRAACE. The track is co-written and produced by long-time friend and one of Australia’s most prestigious electronic artists Hayden James. In an interview with Noctis below GRAACE uncovers her music secrets alongside delving into the behind the scenes of ‘Body Language’.

“One night I’ll never forget was whilst riding home and needing to stop for a break somewhere, only to then realise we were at a Buddhist temple. We were greeted with traditional robes and after making two friends, they later taught us a beautiful prayer to Buddha which was one of the most incredible experiences of my life. They were so kind & inviting and solely communicated with me through body language as we didn’t speak the same language” says GRAACE about the new single.

Is there a song you always find yourself singing in the shower?

I listen to a tonne of different music throughout every single week, and it always changes up. At the moment I’ve had ‘Get Stüpid’ by Bülow blasting so when I’m showering or doing the dishes I’ve been catching myself singing that one at the moment.

How would you describe the music scene in Australia?

Your single from 2017, ‘Numb’ sold at a platinum level, explain what that feels like?

Pretty surreal. I sometimes forget about it because it seems too good to be true. But It feels amazing and definitely gives me the motivation to keep writing more in the chance it’ll happen again.

What is the best advice you’ve ever given anybody?

Dang.. I’m somebody that gives my friends such quality advice and tells them to be confident in their discussions because they’re bosses, but I kind of lack taking my own advice if I’m honest so I don’t think I should answer this one hahaha.

Your latest single ‘Body Language’ is described as a pop anthem inspired by a pre-lockdown trip to Thailand, would you expand on this?

I travelled almost every week for about 3 years post lockdown and even though every trip is incredible, in 2017 I travelled to Thailand and it was one of the best experiences of my life. The people, food, culture, scenery and memories are unmatched.

The music video for ‘Body Language’ demonstrates tall city buildings, street lights and your huge passion to travel. Describe the creative process behind the video?

Anyone who knows me knows I’ve always been a big dreamer and sometimes get caught up in my own head, which during lockdown has been a blessing and a curse haha. I initially wanted to travel back to Thailand to film the video but that idea was never going to happen, so I was day dreaming about what we could replace it with, then I realised it was just that… being able to day dream in lockdown and travel in my head was exactly what I needed to depict since I feel like almost the whole world is doing this right now.

Compared to your previous single ‘Hard to Say’, ‘Body Language’ displays a different side of GRAACE, why do you think it’s important to embrace every side of yourself?

As I said before I love SO many different genres of music and my mood constantly changes like most normal human beings. Some days I wanna be sad and cry and watch Sex And The City but some days I feel like the baddest version of myself and wanna get dressed up a bit sexy and dance around. There are so many sides to everybody that get brought out in different scenarios so I wanna do my best to embrace it all (the good and bad) and not be held down by one sound.

What is the one message you would give to your following?

You said, “During self-isolation, I struggled with my mental health on and off but one thing that has been incredible has been my imagination.” Do you have any other tips to help mindfulness?

Although I’m not a qualified person to give tips by any means, I am someone who has experienced ups and downs. During my downs I like to firstly remind myself that it always, always passes and that time is a massive healer, so to be patient with myself. I also like to tell somebody how I’m feeling, a friend of family member or somebody that I trust because a problem shared is a problem halved in my eye.