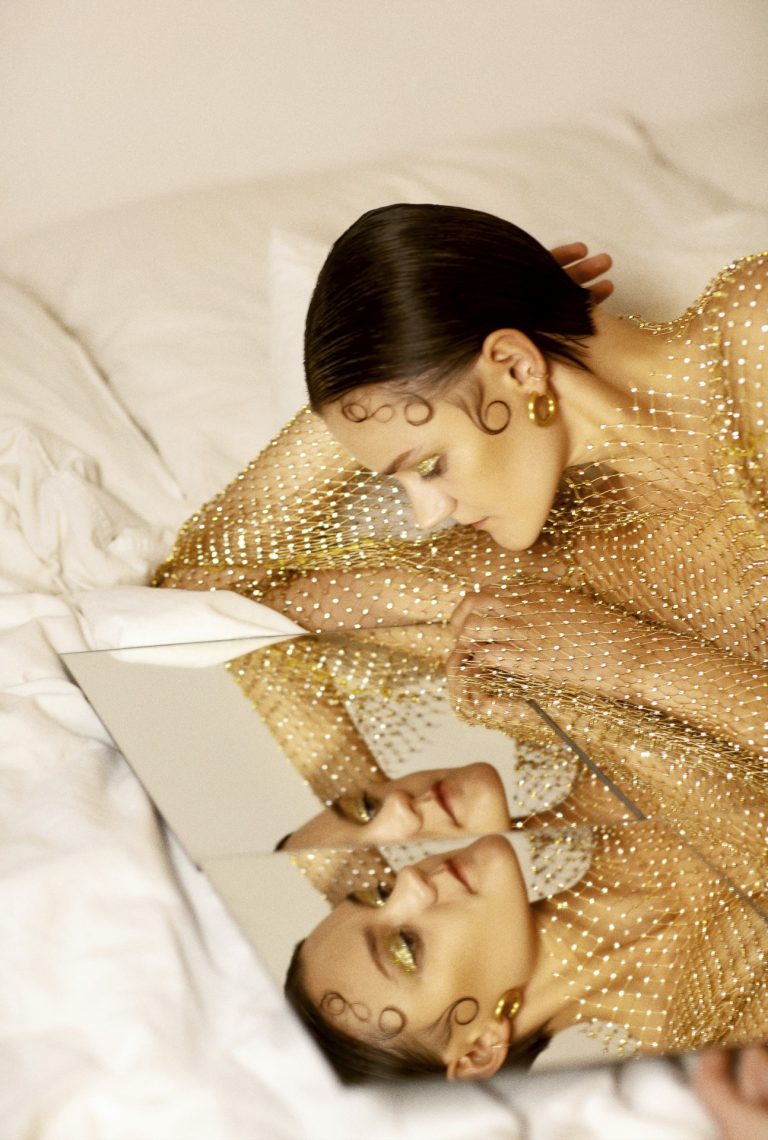 In Conversation With mags

With a spring in her step and unwithered amounts of radiating ambition, mags descended into the Danish music scene at the beginning of 2019… the rest? History.

Her debut LP, ‘conversations i’ve had with myself’, launched the 25 year-old into a block-colour, lower-case fantasy land that generation Spotify consistently drool over, and the newly released self-titled record proves her juggernaut status alongside major scandi-pop legends Robyn, Sigrid and MØ.

mags’ musical background bloomed at the age of 12 as she began writing poems before progressing onto learning guitar. “It felt very intuitive to me”, she says, completely unaware of how much music would carry her through future chapters in her life. “I think that it was during my high school years I realized that I quite literally couldn’t imagine doing anything else”.

She had been enriched in scandi-pop influences growing up: “I have always loved Robyn, her songs make me cry, dance and smile all at the same time”. The empire that Scandinavian pop has built for itself over the last decade has held prominent importance in mags’ trajectory. “I find myself so lucky to have all these incredible women to look up to”, she says. “…to be inspired and encouraged by. Some of the best friends I have are my female colleagues. I feel very lucky”.

Such influences are heard over ‘mags’ – the self-titled record encapsulating 10 individual stories from personal experiences over a duration of 29 blissful minutes. Nods go out to Maggie Rogers in “looking in the mirror i just cry” and the free-spirited energy of Sigrid is eminent in lead single “your girlfriend’s in the bathroom, i’m trying to kiss you”, written and co-produced with Swedish writer Natali Noor. “We wrote it in one day”, states mags. “I had a poem, [Natali] had a beat and within hours the song was there. It was one of those magical days in the studio where everything was smooth, easy and fun”.

The song’s visual transpired from mags’ adoration for visual arts, notably Wes Anderson and three time Emmy-award winning breakthrough hit ‘Euphoria’. The video’s narrative portrays two parallel universes, one of fantasy and one of reality; the triumphant fairy tale ending alongside an evening of isolation and loneliness: “I really wanted to stay true to the story that the song tells whilst playing with the idea of having two worlds play out”, she recalls. “The world that unfolds in one’s head and the one that’s based on the actual happenings of the situation. I think the lines between those worlds are blurry and I find that so interesting”.

Self-described as an “Easter egg hunt for the fans”, the video features snippets of each song on the record as a way of encapsulating all 10 stories into one evening: “That way I got to emphasize the fact that every day we all go through our own stories and experiences and they all somehow coexist”.

‘mags’ was largely written in the comforts of New York; a somewhat second home for the singer. “Some of my best friends live there, some of my happiest and saddest moments were there. I get so inspired by the electrifying energy and madness of the city”. Having admitted that the album process proved tough whilst writing by herself, the tears involved contributed to the creation of something truly special: “I really dug deep”. Noteworthy collaborator Brian Kierulf–responsible for glitzy Lady Gaga earworm “Summerboy” and deep cuts from early-2000s Britney Spears records–added his touch to mags’ own “all i hear (dada)” and “elephant in the room” after the pair were introduced by a joint friend – Kierulf bringing an open-minded vibrancy into the studio.

mags, unlike artists putting out records pre-2020, spent the build-up to her debut wrapped up in her Copenhagen home adding the crucial finishing touches. “Looking back at it now I am actually very grateful for that extra time”, she admits. “I think there’s something really lovely about having had that time to truly reflect on the record without other activities competing with my focus”. The final vocals for “is it real love or are we fucked up?” blossomed from within her own bedroom, something that wouldn’t have happened if lockdown wasn’t initiated.

Even before the world turned on its head, mags had always envisioned what her album would look like in picture and colour. The artwork sees mags holding a mirror in her palms, looking herself in the eyes as a form of self-reflection: “I knew making the album would be about just that, looking at myself unfiltered”. She expresses her need to ask hard-hitting questions through her music, questions where answers remain unclear, and the cruciality of having honest talks with herself – this was the essence of the album all along.

The comforts of her apartment have transitioned into an over-familiar habitat considering the months mags has had to endure being cooped up inside, to the point where album release celebrations were held within those same four walls. Accompanied by a handful of contributors to the album, an evening of dressing up, dinner, dancing and popped champagne led them into midnight.

The 10 stories puzzling together the voyage mags embarked on through her early twenties are now here to soundtrack the lives of others. “Whether it’s through a breakup or a fun night on the dance floor”. As long as her sonic memories partner with other people’s, that’s when they would have gone full circle, and to mags, that’s all that really matters.

Stream the LP on Spotify here