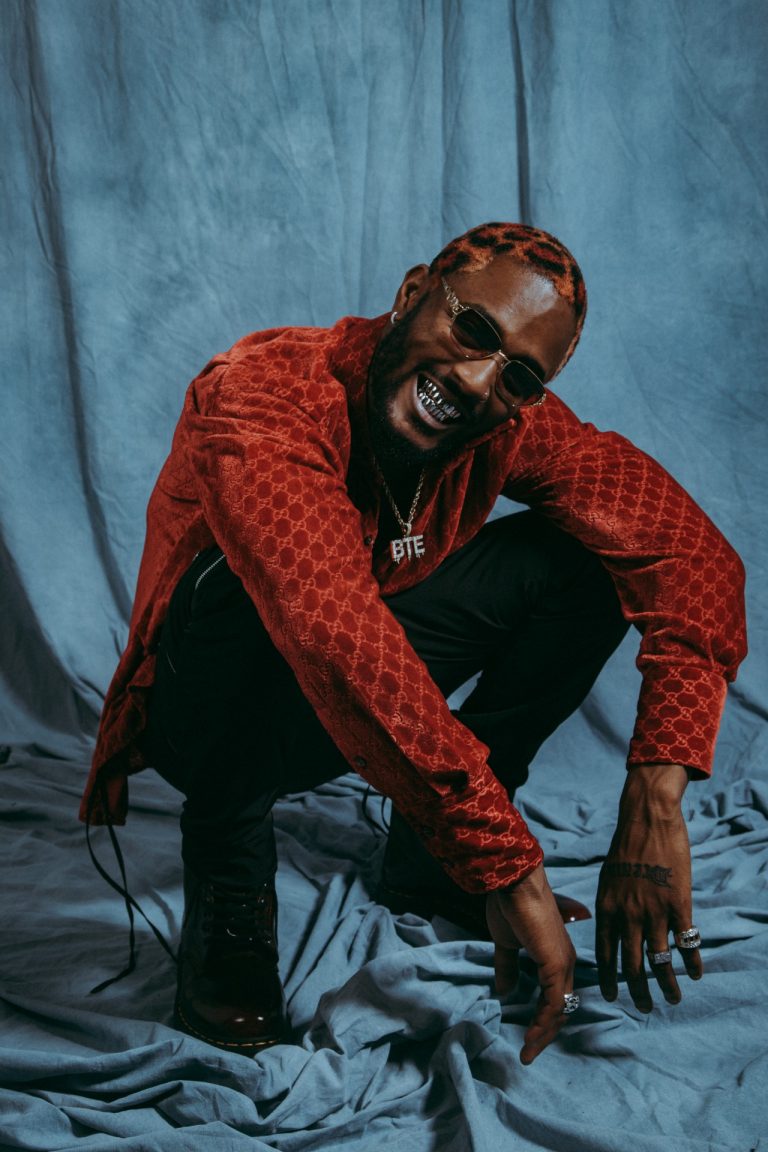 Getting To Know Prettyboy D-O

There is nothing quite as uplifting as a Prettyboy D-O track. It’s music for movement, the type of sound that makes waves of energy wash over you with every beat, in fact this electric nature is mirrored in the artist himself, recognisable through his vibrant wardrobe and charismatic persona.

Blending his unorthodox creativity with an allure of lively rhythms and active vocals, this new age artist exudes pure vitality. Every compelling track offers a refreshing take on classic R&B and Dancehall, underpinned by the deep African rhythms channeling the artists Nigerian roots. Its fresh to the ears and completely compelling.

The New Jersey born artist grew up in Nigeria, living in Lagos, Abuja and Delta before moving to Equatorial Guinea. Drawn back to America for university, in 2012 his musical journey began, taking what he describes as a ‘risk’ in recording his first track. Its undeniable that his movements across the globe have played a role in forming the individual, worldly sound he possesses today. “I wasn’t doing well in school and decided to take the risk to record tracks I had been writing. I will say the biggest lesson I learnt early on was in 2015 when I moved back to Nigeria After school. I had just signed to my first label and believed I had blown already. My single was doing well so I wasn’t recording as much. I just believed one day someone will tell me I have.”

His newly released EP ‘Wildfire’, is the latest installment in Prettyboy D-O’s rapidly moving career, a smooth transition from his previous album ‘Everything Pretty’. “I feel my music has matured. Naturally with time, you get better at your craft. I released ‘Everything Pretty’ in 2018 and Wildfire in 2020. I feel in ‘Everything Pretty’, I was more raw. Very skilled but raw”. The name behind the album stems directly from a fiery drive to change the narrative of the Nigerian music industry, creativity fueled by unfiltered emotion. “I chose the name WildFire because I was in a vengeful mood and had a lot of rage. Wildfire was inspired by the Book of Revelations in the Bible. Revelations talks about judgement day and how the chosen to go to Heaven, while those who aren’t chosen to remain on Earth and face judgement. With WildFire, I wanted to use my music as a weapon of judgement for the Nigerian industry. I believe my industry is very political and I was tired of it. I decided to take matters into my own hands and drop fire on their head tops. Figuratively, wanted to burn the politics and bias from my industry with the project.”

Set to influence his listeners, his music and views on the workings of the world offer an inspiring outlook to create a positive change in society “I want world equality. I wish there was equality in the world and less ‘iscms; racism, sexism, classism. I feel like classism is the worst plague we have in this world because we don’t even fight it. The whole world knows racism is bad, but people still decide to hate others. Same as sexism, the world is fighting for female equality and rights. But no one ever talks about classism and I feel it is the biggest problem.”

What is the process behind a Prettyboy D-O track? Well he’s come a long way from his first track, writing lyrics on his phone. Now with a complex blend of soothing yet zesty beats, his creativity is highlighted by a level of spirituality. It’s an intense combination that comes together to form an exhilarating listening experience.  “My creative process is literally smoking a couple joints and listening to beats. I believe my music is very spiritual, so I have to be in the right ‘mood’ before I lace my first track. I will usually smoke and listen to songs by other artists I like. This makes me very happy and eager to fuck shit up when I touch the mic.”

If his music isn’t an experience in itself, his visuals certainly are, crediting his passion for film, his music videos offer a cinematic vibe, intentional of course, drawing us into a gripping story that expands on the lyrics.

Quickly becoming an icon, himself, a king in the Altè scene, it’s only fitting that Prettyboy D-O is inspired by Tupac, a fellow artist who carved out a new path for others to follow. It’s clear Prettyboy is leaving his mark on the industry, in the same way his inspiration did back in the day. “I am the biggest Tupac fan, enamoured by him. Probably watched all his videos on the internet. I want to have that impact on my people. I believe in the ethic of a man; if you work for what you want, you will get it. If there was any motivation or inspiration, I will give my people, it will be that.”

Already making big moves across the music scene, Prettyboy D-O united with fellow Dancehall artist and inspiration Burna Boy, opening for the New York leg of his tour “It was fire. I love Burna, he’s a god. So, opening for him was an achievement for me. This was on the New York leg of his tour. I killed it; the crowd went crazy. They went crazier for him. It was my first performance in New York since I left school in 2015 to go back home to Nigeria.”

What’s heart-warming about Prettyboy D-O, is that two things drive him into the studio, his fans and music itself. It’s clear that pure passion is translated into each track, perhaps that’s the reason he stands out so vividly from other artists, a therapeutic approach with a flair for pure energy. “It’s my passion and what God put me on Earth to do. I probably listen to music 24 hrs a day lol. My fans come second cos’ they’ve brought me here. They put food on my table. But music is my therapy in this cold world.”

Planting his Balenciaga gilded feet straight into the cultural hub of both fashion and music, Prettyboy D-O’s wardrobe makes as much of a statement as his tracks. “The only brand I will say are the sneakers I wear, Balenciaga. I love them, the oversized ones.” Following the trendsetting nature of the artist, he paves his own path, even in fashion, funneling his never-ending creativity into his own clothing line I stopped caring about brands. I make clothes, started a line with my cousin. It’s called Cult. I really just be making my own stuff now lol”. Crediting his love of fashion to both his mother and aunty, his now iconic high fashion-streetwear-retro aesthetic developed from a young age. “They were very deep into fashion [his mother and aunty] when I was younger, so I used to watch a lot of fashion channels. Read a lot of magazines. I will say I have always been fashionable, think God just gave it to me. I always want to be unique and stand out, been like that since I was in primary school.”

What’s next for Prettyboy D-O? “I just want to be the greatest artist in the world, so I want all the baggage it comes with. I don’t like fame though or attention rather. I don’t go out that much, I’m very reserved. But it’s the price you have to pay to be in this profession.”