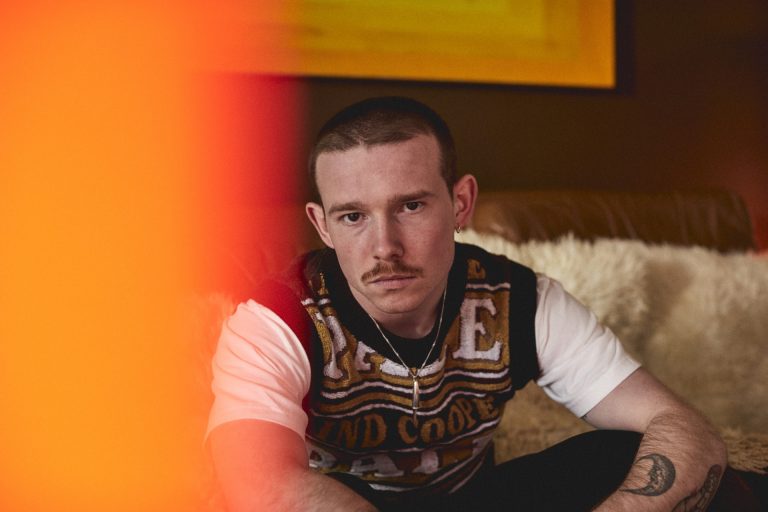 In Conversation With VC Pines

It’s a Thursday afternoon and Iʼve sat down (over zoom) to chat to the wonderful VC Pines. Following on from the release of his highly-acclaimed EP ‘Skully’ last year which attracted enormous praise from BBC Radio 1 and BBC Introducing, London-based artist Jack Mercer aka VC Pines is back! His latest velvety smooth Neo-soul single ‘Smoke Without Fire’ produced by Jonathan Quarmby and mixed by Bad Sounds as well as intimate music video filmed, directed & edited by Apollo Films are out now.

As well as the return of live music, and plans for the future Pineʼs and I discuss colour synesthesia, which madly enough is something I also have! I explain to Pines that coincidentally today (Thursday) is purple for me, for him today is orange. The workings of VC Pinesʼs brain, the wirings between his past, present and forgotten memories are at the centre of his nostalgic songs, each one allowing you to take your own trip down memory lane.

Your latest single ‘Smoke Without Fireʼ has just come out – tell us about the track and the meaning behind it.

It was written during the first lockdown. Iʼd been working a bit with Jonathan Quarmby and this was a turning point for me in terms of production and arrangement. We worked out what kind of area I wanted to sit in as an artist and what kind of sounds I wanted to use, we really started to get into that 70ʼs vibe, which Jonathan knows through and through. The song itself is about hearing various rumours from different people and then being in lockdown. not being able to do anything about it, but knowing that these kind of rumours, they wouldnʼt have come about without something happening. I think the fact that it was written in lockdown added to that frustration of not being able to handle things the way youʼd want to and so I used the semantics of being in lockdown and general frustration.

Was there a particular rumour, that was the catalyst for the song?

ʼSmoke Without Fireʼ is part of your upcoming EP ‘Concreteʼ – is there an overall theme to the EP?

There is and there isnʼt. Sonically I wanted it to portray late night London and the different aspects of the cities nightlife, the things that go on on a night out. Being able to go out is something weʼve all been yearning for, to actually enjoy life, so I wanted to capture that. The songs themselves are about different things, thereʼs only one song thatʼs narrative driven, because we havenʼt really been able to go out and live ‘the narrativeʼ. The rest capture different emotions and ideas, and play off of them.

So you have something called colour synesthesia, which super randomly so have I! For a reader who has no idea what this is – how  would you best describe it?

Itʼs literally like you have your wires crossed. So for me personally if I think of a number, letter or chord, the way somethingʼs written or even the sound it evokes a colour in my head. For example, my favourite tunes of mine that Iʼve written tend to be purple or violet in colour so I guess I try and use that to paint the song in my head. If Iʼm writing something that’s a bit darker and has more depth to it it might sound more purple compared to a track that would be more likely to be a single or more commercial as those tracks tend to be orange or blue. Orange and blue songs have a bit less to delve into, theyʼre easier for everyone to grasp straight away. I was flicking through a lookbook earlier whilst doing some buying for a mates shop and it was almost like I could smell like cheap perfumed soap, which is just pretty fucking weird.

You describe your EP ‘Concreteʼ as Purple, can you explain what the colour purple means in the sense of the EP?

I feel like the parts that really hit home to me and evoke nostalgic feelings are always purple. Itʼs been great to really use that dynamically in my writing to have sections like that, and then parts that are more straight to the point and simplistic which tend to be orange. Smoke Without Fire for example is an orange tune in my head.

So VC Pines, stands for Violet Coloured Pines – why is that and what does that mean?

So the VC – Violet Coloured – is because of my synesthesia. I think my synesthesia is a symptom of my temporal lobe epilepsy. When I was a kid, my dad used to work in the States a lot so me and my mum would go out and see him. He was in New Hampshire for a long time, which is North America a place called Wolfeboro which has these huge pine trees. I donʼt remember much about it at all (other than watching cartoons in the hotel room) but when I was 17 and these seizures started, I started remembering these massive trees with pines, and the scenery. I thought I was going mad. I had an MRI and an ECG and they diagnosed me with the temporal lobe epilepsy, the condition can play on your memory. I have strong episodes of déjà vu and nostalgia. So that’s where pines comes from, my memories of the pine trees, somewhere hidden in there.

I know with your music how it sounds live, and people wanting to hear it live off the back of the studio version is super important to you, what is your live set up?

Iʼve always been very ‘liveʼ driven. Even In terms of production with older projects it all very much sounded like a band in a room. When it came to doing VC Pines I was naturally more focused on getting a band together than working out the production aspect of it. I got really lucky and found 6 other players (now the Violet Collective), we did a rehearsal and it sounded fucking sick from the off; theyʼre all amazing players! So Iʼd got this 7 piece band together before Iʼd even thought what the fuck I was gonna do with it! I consider myself to be more of a live artist than a studio artist so I always want to convey that in the music, and have that incomparable live energy that comes from being at a live gig.

Thereʼs so many more dynamics to a live show than there tend to be on record, so thatʼs something that I try to inject as much as I can. The brass on the records are all live, with the previous EPs there was a lot more live instrumentation; we havenʼt been able to do that this time around as much because of the lockdowns, but I got what I could from the players home. I feel like Iʼve been forced to discover the depths of production with this new EP which Iʼve really enjoyed and canʼt wait to incorporate that into the live show too.

Obviously the worldʼs been at a standstill in terms of shows, but do you have any plans for shows coming up?

There will definitely be live shows by the end of the year, I just donʼt know when or where yet. We actually had Omeara booked from my headline show for last April, which got moved to this April and unfortunately weʼve just had to pull that now. Weʼll re-book it somewhere though, potentially somewhere bigger if itʼs a seated gig. It really just depends, weʼll see whether you can have people climbing on top of each other by then. I saw a show in November that was a sit down at the Jazz Cafe and I thought it really worked, it was really cool. The great thing about having the band is you really play around with the dynamics of each track, you can play one show one night thatʼs to a few hundred people thatʼs has a lot more energy to it and caters to people standing up and dancing around and then you can reign things in too, you can play to suit the environment.

Whats next for you and the rest of the year?

Thereʼs a lot more music coming out, everythingʼs pretty much finalised now. Iʼll be working on videos and then feeding it out. The EP is out in a few months as well as other tracks trickling out before and after. Iʼm writing all the time at the moment, and honestly I didnʼt think I could enjoy writing anymore than I did but I have come to enjoy it even more. I donʼt wanna take my foot off the gas and stop or focus on anything else, ‘cause I really am just enjoying writing and writing. Iʼve been really getting into production too, the instrumentation of each track and how things sit next to each other. It feels like my writing world has expanded and Iʼve just enjoyed diving into different areas.

Stream ‘Smoke Without Fire’ on Spotify