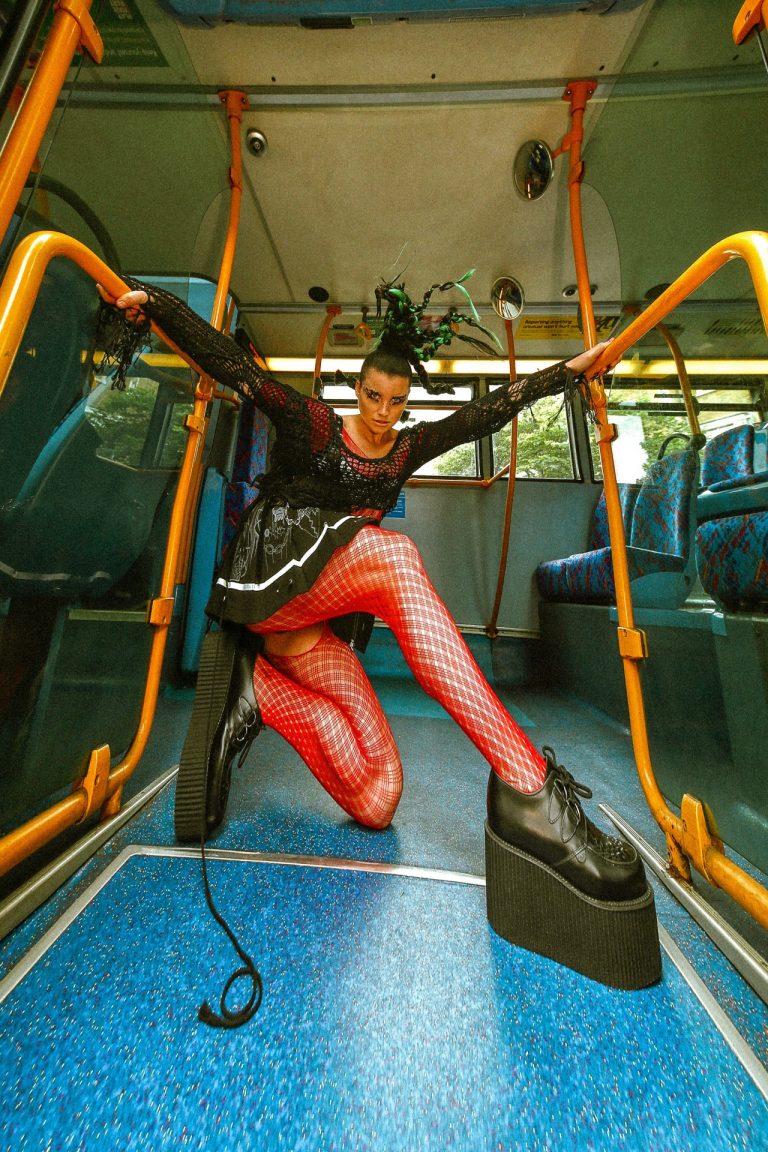 LA Born and Spanish raised singer, Cara Hart has smashed her platform heel through the glass with her raw and electric sound that is sure to take you through each stage of every emotion the human body can ever feel.

With her new single ‘Skin’ which is also the first single from her debut and very anticipated album, Cara gives Noctis a keyhole insight into what to expect from the singer and the album which will be nothing short but powerful, eccentric and vulnerable.

Cara discusses all things; from her relationship with music, how her heritage influences everything about her, her new album, finding her voice and the importance of being vulnerable.

What made you want to dive into the world of music and  what inspired you to go for it?

To be honest I’m not sure if I ever really had a choice or it was just  something greater than our conscious mind could explain that chose me  to be a vessel for creativity.

I tried to run away from it and myself so many times, but when you run  away from something that keeps growing inside and around you, it’s a  recipe for disaster. So, I had to learn to accept that this was the human I  was, and that I ultimately had two choices; live a life I didn’t fit into  because of fear, or just enjoy the ride and trust that life has your back.

I clearly chose me over the rules and boxes around us that tell us we are  delusional for doing so.

I’ll never forget this one winter my mom couldn’t pay for heating. We  showered in cold water at minus something degrees and literally could  see the smoke of our own breath inside the house, but she just kept  going. She never looked back or questioned if things would work out or  not, at least not in front of me. At 45 she started her own business, little  to no financial help, lots of criticism, and she now runs a really good  school. She even wrote a book in Spanish, which isn’t even her first  language. That woman keeps me on my toes, She’s the reason I believe  we can make anything happen for us.

How has having a Spanish / American heritage influenced your sound?

I think just growing up with two very different cultures gave me access to seeing things from two lenses. The more things we see  and hear the more we absorb, and I absorbed everything.

My Dad taught me everything I know about Spanish art and history, but he also gave me music; We would listen to Johnny Cash and  Dolly Parton and then he’d show me one of my now favourite romantic painters from the late 18th century, Francisco Goya.

The contrast between that certain music and that kind of art is so  incredibly visible, it kept fueling me to learn more. I was exposed to  so many genres, sounds, artists, art, cultures, and experiences. The older I get, the more I realize what a big part my heritage has on my  sound and aesthetic so I’m really excited to keep exploring it.

I’d say it’s definitely dark, Avant-Garde and Experimental. There are  so many different elements combined to create one single sound or pattern. It’s also very theatrical, I don’t want my songs to just simply be songs, but more of an experience for the listener. I think it’s really cool when songs do that. Pink Floyd and David Bowie really did and does that for me.

Your new single ‘Skin’ is such a raw and emotional song,  what was the inspiration behind it?

Skin covers so many different emotional stages I had gone through  prior to writing it. It’s the ultimate stage of grief. As strange as this  sounds, I struggle a lot with the idea of being human and having an expiration date we can’t control. That feeling is extremely  overpowering at times.

It’s very in line with the hurt of heartbreak. You can’t control that  stuff. I had to deal with some pretty nasty demons and anxieties and  Skin was that release I needed from it all. It’s vulnerable, it’s dark,  and It’s a love lost, whatever that love is to you.

1011 is an incredibly talented artist. Initially I started skin on my own. I was in LA and I remember sending the track to him. I think it  just set a flame off in both of us. He asked if he could be part of it  and I was beyond excited to have him on board. I knew he’d only make the track better, and he did. What he did on skin is a work of  art, and I couldn’t have asked for a better collaboration on this  release. I’m excited to see what he works on down the line for  himself.

How has producing and writing your upcoming album been since finding your new sound?

I’m actually currently in Wales recording! It’s an extremely exciting and emotional journey for sure. I’m still discovering so much of  myself, absorbing different lights and shades of music in the  experiences I’m having and it’s been so interesting to see everything  unfold itself!

What is the inspiration behind your new album and  sound?

Music is meant to take you on a journey and let the listener feel certain emotions even if they’re tough to feel. I think we can all say  for the most part, the best songs have made us feel every emotion there is to feel…

So yeah, emotions, even the hardest to accept.

What would you want your new sound to represent?

I want this sound to be a sonic journey for my listener. I don’t want  each song to be the same, and I don’t want each track to have  structure. So, it’s a work of art in a chaotic yet perfectly thought-out  process.

What can we expect from you from now until this time next year?

I guess you’ll just have to stick around and find out.