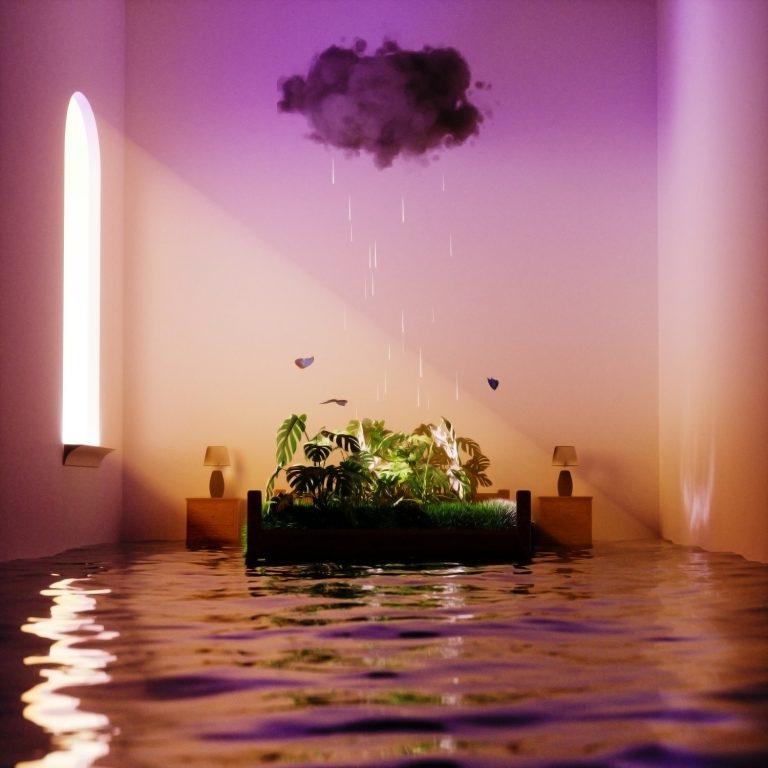 Inspired by the soothing sound of rain slowly dripping outside your window, or warming a cup of coffee in the evening while you get ready to tackle your to-do list, RAINEE is crafting stunning lo-fi and chill music, serving as a background to simple yet meaningful moments of everyday life. Across the board, the secret to making these genres is keeping things light and simple, and RAINEE manages to do just that in an impressive way, driven by his musicality as an experienced producer, guitarist, singer and songwriter.

Working with his brother as part of acclaimed pop duo The Beamish Brothers, Ben Beamish is behind the project of RAINEE, and has already seen massive success with his carefully crafted brand of lo-fi beats. His first release “coffee on the roof” featured organic percussion and intimate acoustic guitar melodies, and has amassed almost 100k streams on Spotify to date. Then followed “i’m always cold in the morning” earlier this year, which saw RAINEE blend piano chords and immersive atmospheres into a cohesive and relaxing instrumental.

Following the success of his first two releases, RAINEE has now just unveiled his first collaboration to date, a work with lo-fi and boom-bap mainstay Jeff Kaale, titled “where it always rains.” Based in Nairobi, Kenya, Jeff Kaale has released an impressive six albums since 2016 and has established himself as one of the dominant forces in the space. On top of pioneering his own brand of laid-back beats, he has worked with massive names such as charismatic rapper tobi lou and tastemaker Engelwood.

“where it always rains” perfectly combines the styles of both artists into a cohesive result that consistently evolves over its 4-minute duration with exciting new instrumental additions. Layers upon layers of playful melodies, organic drums and guitar licks drive the single, making up for a result that is as stunning as it is relaxing.

“To me this song is perfect for meditation and connecting with a higher purpose. RAINEE as a project echoes that sentiment: I want my music to take listeners on a journey. Whether people use the music for setting the perfect ambience, manifesting, study or whatever they may need it for, I hope it can bring peace and rejuvenation. To have been able to work alongside someone as established, experienced and talented as Jeff, at such an early stage in this artist project’s development, was an incredible honour.” – RAINEE