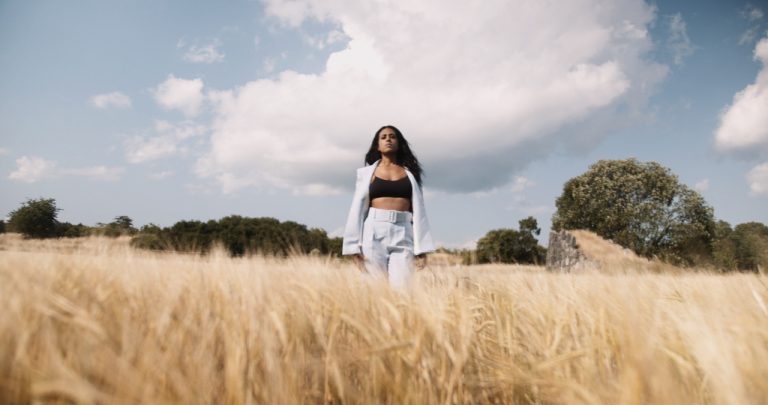 With Eritrean origins but born and raised in Sweden, making universally-appreciated pop music was something that was just in Sa’ra Charismata’s DNA. With the release of latest single premiering today, ‘Life Is Not About Control’, Charismata taps into the lessons she learned whilst struggling with debilitating mental health issues – and comes out on top.

‘Life Is Not About Control’, or ‘LINAC’ as she has taken to calling it on her social media, illustrates the beauty and simplicity of letting go of anything outside of your control, and stopping anxiety from ruling your life. As someone who struggled with isolation, anxiety and depression, Charismata’s feeling of triumph and euphoria is palpable, through the dance beats and emotion in her vocals.

With a background in activism and protest, it’s no surprise that this isn’t an ordinary pop song. Sa’ra describes her music as PROTEST POP, a term she coined when she noticed that there was a gap to fill in the mainstream pop scene. It’s not unusual for Sa’ra Charismata’s songs to tackle topics such as self-love, personal power, existentialism or understanding of life’s greater organisation. Not so many love songs here!

Backed by feel-good dance beats inspired by the tradition of Swedish EDM, and with lyrics that reflect a positive and determined attitude to overcoming her own demons, this is a truly special song that is guaranteed to become a staple of your late-summer soundtrack.

Listen to the audio premiere below.