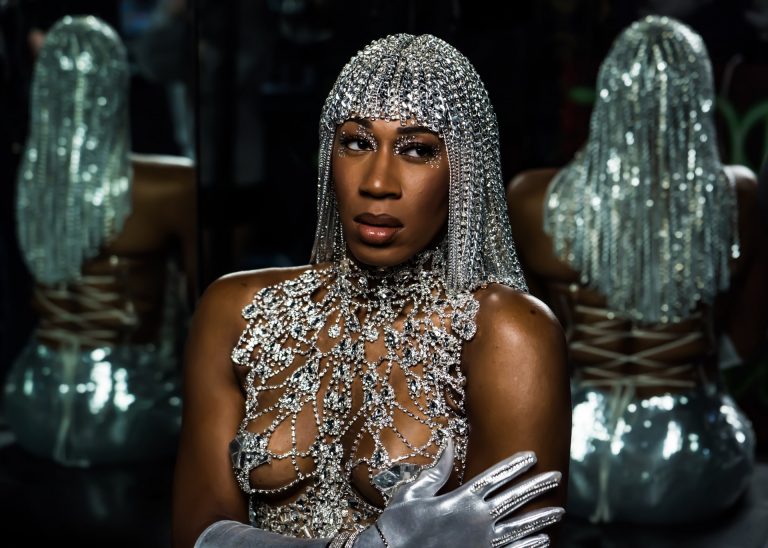 It’s Raining Them | Mila Jam Is Ready For The Storm

The humidity is certainly rising as Mila Jam (she/her) explodes onto the streets to offer the next incredible incarnation of 80s smash hit ‘It’s Raining Men’. Now titled ‘It’s Raining Them’, the track’s lyrics are updated to include everyone and celebrate non-binary and trans artists, the community and music.

‘It’s Raining Them’, a brand new Deezer Originals, is available now with its accompanying music video on YouTube. The track is packed full of inclusive pronouns and updated adjectives that welcome all to the dancefloor. It’s not just “men” turning to “them”, as the lyrics change from “Tall, blonde, dark and lean / Rough and tough and strong and mean” to “Cool, bold, strong and keen / Proud and loud and here and seen.” The new track also has the full support of ‘It’s Raining Men’ original songwriter, Paul Shaffer (he/him).

Although it’s a big crown to pass along from The Weather Girls (1982) and Geri Halliwell (2001), Mila Jam is the perfect match for this high energy anthem. The talented music artist and Broadway performer is a prominent advocate for trans rights and already counts Laverne Cox, Angelica Ross and Drag Race star Peppermint as her fans. Mila also went viral last year for writing ‘STOP KILLING US’ on her body at a Black Lives Matter protest – a response to the rising rates of Black trans femicide in the United States.

Mila Jam commented: “It’s an honour to perform ‘It’s Raining Them’. For all artists in the LGBTQ+ community I believe the future is ours, it’s now, and we must shine. We haven’t always been in this position, so I think it’s important that we tell our stories and make some good out of it. I really hope this record helps more of my siblings feel included. We’ve always been here, we aren’t going anywhere, and we must continue to dance.”

Nigel Harding (he/him), VP of Artist Relations at Deezer also added: “Trans and non-binary people have been marginalised throughout history, including within the LGBTQ+ movements. We want to do our part by giving the community a voice and a platform to be heard. We’re proud to support amazing artists and activists like Mila Jam. We will continue to celebrate Queer and LGBTQ+ music with our dedicated Queer Culture Channel and remain as an ally and a friend for the whole community.”

To ensure the lyrics of ‘It’s Raining Them’ were fully inclusive, Deezer worked closely with Gendered Intelligence, a charity that raises awareness of gender diversity and aims to improve trans people’s quality of life. Deezer also wanted to ensure it gave back to the community and has committed to donating all of its streaming revenue from It’s Raining Them to Gendered Intelligence for one year. The global streaming service will also provide free in-app advertising to the charity for its Free users to raise further awareness and encourage donations.

“Gendered Intelligence is thrilled to be working with Deezer and Mila Jam on ‘It’s Raining Them’. Raising awareness of non-binary identities is so important and  more people are recognising how vital it is to respect other people’s pronouns, including those who use ‘they/them’.

“We are incredibly grateful that profits from this song will be directed back into our trans and non-binary communities. Through pop culture, we can  continuously evolve to encompass gender diversity and work hard to make everyone feel included and seen. We’re proud to be involved with this anthemic track and hope non-binary and other trans people will be playing it loud and proud, alongside everyone else.” commented Jay Stewart (he/him), Chief Executive of Gendered Intelligence.

The track release is part of Deezer’s wider commitment to the LGBTQ+ community. Earlier this year Deezer launched its dedicated ‘Queer Culture Channel’, which honours queer artists and creators with bespoke playlists, podcast recommendations and live recorded sessions. ‘It’s Raining Them’ will be a flagship track on the Queer Culture channel, with Mila Jam curating her own playlist dedicated to trans and non-binary artists. Deezer has also put a greater focus on non-binary performers, writers and singers as well as trans people, including the likes of Mykki Blanco, Christine and the Queens, Arca, Kim Petras, Sophie and Teddy Geiger.