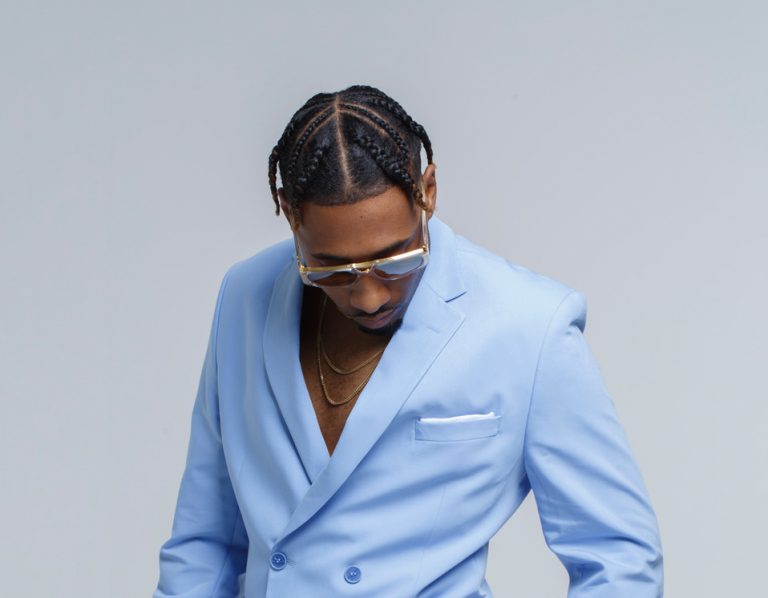 ‘Dedication’ Pays Off With Doktor

Doktor has returned to centre stage to claim his rightful place as one of the UK’s most versatile artists. Many know Doktor as the ten-year grime & drum & bass veteran who stormed onto the scene alongside Chase & Status on ‘Tek Your Time’ or as the quick-witted MC who rained fire over Tony Anthem’s ‘Jamaican in London’. Now, after conquering the drum & bass arena, he is back with a brand new album ‘Dedication’.

This project is a Dancehall lovers dream as Doktor looks back on the journey that has unfolded throughout his decade long career. Throughout the project, he explores the motivations that made him, delves into the Jamaican sounds that inspired him, and discovers a new sound that blends his love for intricate wordplay with his passion for pure dancehall energy. We sat down with Doktor to reflect on the rollercoaster ride that led up to this release and to explore the motivations that keep him grafting throughout the pandemic and a ten-year-long career.

Growing up, who were your biggest creative influences? What music was playing around the house as a kid?

Growing up in Jamaica, I used to listen to Garnett Silk, Buju Banton, Luciano, Beenie Man and Bounty Killer, but back home, living with my Grandparents, I was only allowed to listen to Gospel music, so I had to work my magic to listen to these artists who have influenced my music to date.

Your new album ‘Dedication’ is dropping on August 27th and is a tribute to your constant hard work in the industry for over a decade. In all that time what has been the most important moment/happiest moment of your musical career? And how have you been able to stay dedicated to your craft for such a long time?

There have been so many things that I look back as pinnacle moments, I remember writing down some producers names who I dreamed of working with, such as KickRaux, Flux Pavillion and Major laser – and as the years went by, each of those producers on my list has contacted me to collaborate and work with me. It’s moments like these that keep me motivated and sometimes remind me I’m going in the right direction.

The dedication to my craft has literally been my genuine love and passion for music. Of course, there have been times when I’ve hit stumbling blocks, but my love for music is what drives me to keep on going, and focusing on my growth as an artist no matter what comes my way.

I’m naturally an optimistic person, so although we were in the middle of a pandemic, I was able to focus on what positives I could gain, such as more time in the studio, time to write and record without the distractions of everyday life. Some of the songs recorded were aimed to lift people’s energy during a difficult time.

How did you approach narrowing down the features for this album? Did you craft the tracks with certain artists in mind or was it a more organic process of creating the tracks together?

It was important to get the right artist to feature on those particular tracks so that the sound and vibe was perfect. Narrowing down those specific artists was an easy job as they are super talented and able to add that flavour that I needed on the tracks.

Your recent track ‘Pending’ is a really dope blend of your Dancehall sound with some very UK hip-hop elements in your writing. What does your writing process look like? Are you a short burst of creativity kind of guy or are you constantly writing lyrics down? In some ways, do you build your lyrics and wordplay in a similar way to a Grime/UK hip-hop MC?

I’m a vibe person, and the instrumentals I listen to tells me a story, and with that story, I’m able to write and record there and then. It’s not a sit-down process for me where I’d write beforehand, everything is done in the studio when I’m vibing to the track.

‘No Drama’ is an absolute vibe that showcases your surreal ability to glide over a variety of beats. Who produced the track and what was the initial inspiration for it?

Do you typically work with a tight-knit group of producers or do you work with anyone that grabs your attention? Is it important to cultivate that producer & artist relationship?

Yeah. I typically work with a tight-knit group of producers, as it’s all about knowing our sounds and what vibe is going to bring the best out of our set of skills and different talents. The main group I worked with on the album are 2Kriss, Tribal Kush, Boy Panda and GoldUp.

I have to ask about your experience working with Chase and Status on your track ‘Tek Your Time’, how did this collaboration come about?  What was it like working with these guys?

Chase & Status actually approached me. They’re really cool guys and we’ve worked on a few tracks together. Their talent is top! Drum & Bass and Dubstep have the element of Reggae so that process was quite easy for me to cross over as they’re both melodic and I love creating catchy melodies.

What’re your plans for the future once the album is out? Are they any live shows we can look forward to or are you straight back in the studio?

I’m looking to put on a UK Dancehall tour featuring some of the biggest UK dancehall artists, and as usual, get back onto the roads performing. I’m also excited to get back into the studio to work on my second album.

Who are you listening to at the minute, do you have any recommendations of creatives that you are enjoying at the moment?

That’s a tough one, there are so many. But I’m currently listening to Blxst, St Jhn, Dave, Garnett Silk, Luciano. I am inspired by so many genres of music including Ampiano and can’t forget the old school grime scene.

Why do you think UK Dancehall has resonated so much with an international audience, more so than Grime or Drill? Considering you are someone who has dabbled in both genres.

I think because Dancehall in itself is an international sound that goes to all corners of the globe, and now there’s a big push of so many new talented UK Dancehall artists, the genre will only continue to spread further. It’s a feel-good type of vibe, and from you have the ladies dancing, you’re winning!

Lastly, you’re a proud Londoner so I have to ask if you wanted to show someone the real heart of your hometown, where would you take them to get some peng food and to see some dope live music?

Ha! Well, I’m from South East London, so I’ll be taking you to my Jamaican food shop for the baddest Ackee & Saltfish and some boiled dumplings. Next stop would be a nice dancehall event, not that the music is live, but the entertainment will be with the top dancers and the girls dem brucking out while sipping on some rum and red bull. So when you’re ready, holla at me and I’ll show you the baddest time!