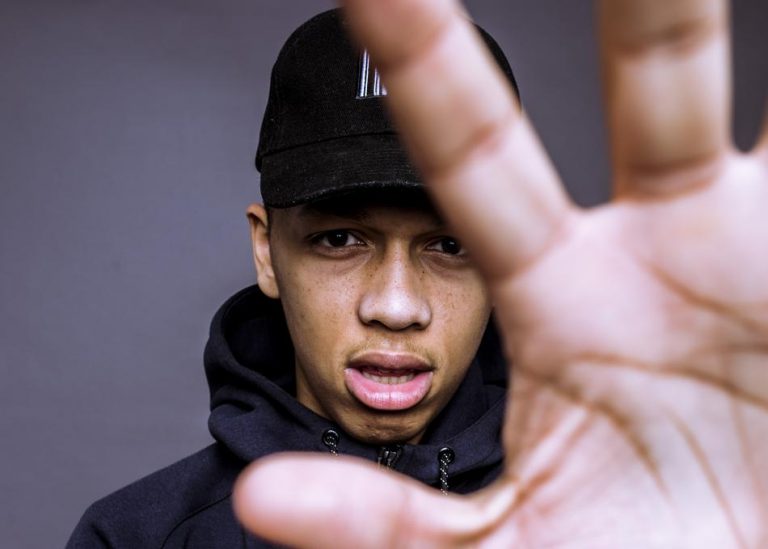 King of the Northampton music scene, Izzie Gibbs has once again showcased his talents through his latest album 96Ls, an EP with the purpose of representing his life from day one “Life has been one big struggle since 1996 and I said to myself when I drop my project I’ll never take a ‘L’ again. The struggle is beautiful though; it has made me very strong. I just know I’m not the only one who struggles and I know a lot of people out there can relate to the messages on my tape.”

Izzies latest album demonstrates a flawless divide from his previous work, establishing how far he has come as an artist, the harsh power conveyed through his lyrics and the message he voices through each track has pushed Izzie from the generic label of a grime MC and into artistry. “Everything single tape I have made so far are learning curves when it comes to my craft. 96LS for me is the first project I have made which I truly believe is a great body of work and a lot of effort went into the making of it.” Singling out the song “Roads” as his favorite track on 96LS, “The song has everything in it; the wordplay, the serious message, the witty remarks but also the melodies and it’s the perfect balance between what I do and what’s in right now”.

In his latest music video for the song ‘People’ a track on from 96LS, Izzie deviated from the mainstream grime; rap style video, with an intense, cutting edge western themed visual, influenced by the film Django “it just inspired me. I felt the whole idea of him going to the craziest length to help save someone he had love for just correlated with my song ‘People’ so well”.

The artist’s, pure talent and steady confidence, have built a huge fan base across the UK and has steered the 22 year old, to winning numerous awards including ‘best grime artist’ and ‘best newcomer’ at the urban music awards. Single handedly emphasizing, that not all notorious grime comes from London. “I really truly believe there is not an artist in the UK who is as well rounded in both rapping and singing as myself”.

Consistently evolving, his influence has begun to increase worldwide, from winning awards to supporting Big Narstie on his nation wide tour. “People know who I am, they know the name Izzie Gibbs and for the ones who don’t know me now – I love that because that just means I need to keep making more of an impact”. Seemingly unstoppable, Gibbs has had no difficulty breaking into the music industry despite not emerging from the capital “I love being from Northampton if anything it’s an advantage and brings mysteriousness.”

Since winning the award for ‘best grime artist’, his relentless flow and raw electrifying sound have drove him from the limits of a ‘grime’ artist leading him into exploring and developing his sound “My older cousin who is also an artist called Dizmack taught me a lot about how to better my craft, down to the way I write. He made me improve as a musician, picked out my weaknesses, my strengths and really made me work hard, I literally evolved in the process”.

With such an exceptional voice and unique flow to his music and lyrics, his distinct work has attracted others big artists in the music industry.

Continuing to grow, with no limits to his capabilities, collaborations with other artists such as Giggs, Due Lipa and Travis Scott are ambitions for the up and coming artist. “What sets me apart is the fact I’m so unorthodox but also, I can adapt and nobody can do what I do. That’s why my fans fuck with me so much, there is only one Izzie Gibbs – I sound like me. Even if I were to hop on the same instrumental as somebody, I wouldn’t sound like them and I put my own spin on everything.”

Speaking through his music Izzie has channeled aspects of his life and the battles he has faced into his tracks, conveying a resilient passionate sound, sharing personal aspects of him with his fans in the shape of his newest album. “The life I have lived so far and the life I hope to live will create a great story for me to tell the masses in years to come”.