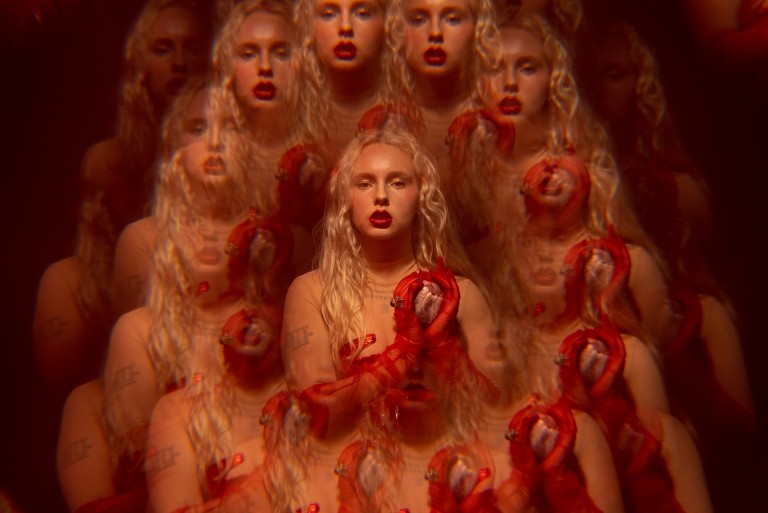 London-based Irish R&B artist Jena Keating has just dropped her enticing new offering ‘Nobody Can Have Me‘. No stranger to silk-smooth beats and sultry vocals, Jena is proving that her star is on the rise. We spoke with Jena to see what’s on her mind.

Hey Jena, your new single ‘Nobody Can Have Me’ explores independence. What provoked this lyrical theme?

I was sitting with the other Co writer Bill Maybury and he said “think of the most painful relationship you’ve had” and that’s where it led to.

Your sound is difficult to pin down- what artists have influenced your music the most?

My music inspirations have come from the likes of new age artists like Ashnikko, Nix Northwest, Pip Millet which is understandable to hear that. I’m not taking it quite from a set organic source (aka Erykah Badu) so it comes from artists that already have explore that and invented their own sound and I’ve gathered musical information out of listening to theirs.

You’re currently based in London although originally from Ireland- what drew you to London?

I have never really lived in a big city and it just seemed like “the spot” and was close to home so being my first move I had a safe way back to Ireland if things didn’t turn out right.

Your 2021 single ‘It’ll Be Grand’ has over 150,000 Spotify streams. Do you feel pressure to replicate the track’s success? How has it affected your songwriting?

LOVE this question because I’ve wanted to explore this outside of my head. Abso-feckin-lutly. I tried for a couple of months to source that sound but thats not how creation works and wasn’t coming from a healthy progressive place. That was a learning but also moving to London hindered a safe space for me to think straight for a good 6 months so that’s where that chase was coming from.

Where do you hope to be a year from now?

I believe I’ll be in a place where I’ve become more comfortable in owning my craft and not being so afraid of it. Also to be living off being an artist in whatever form that shows up as. So sláinte to that.