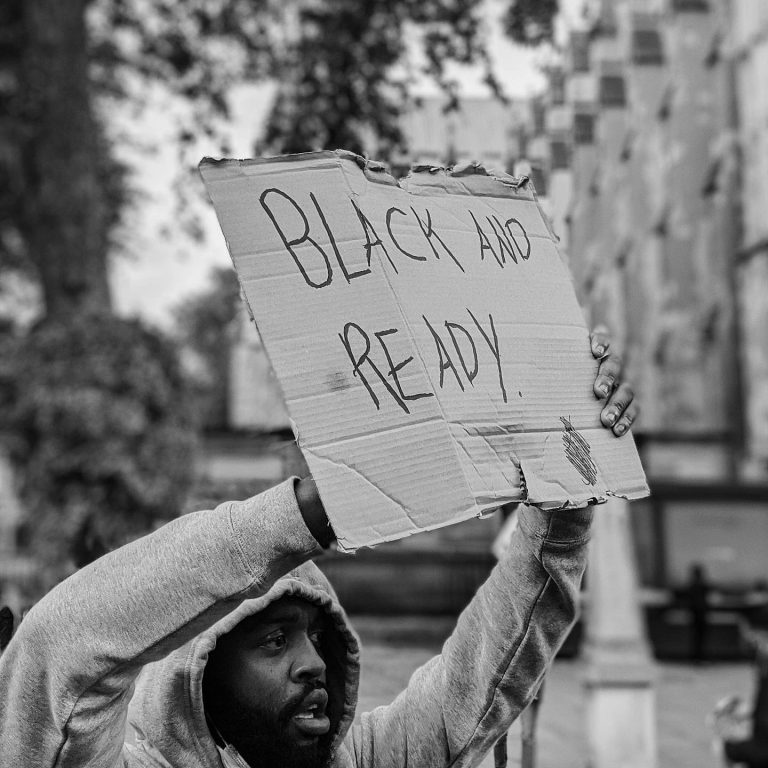 Jords is ‘Black And Ready’

I know that black is beautiful, but can they see it?

I know that black is powerful, but can they feel it?

Listen carefully; it kicks off with people chanting ‘black lives matter,’ the soft melodic piano joins in, and the voice of Jords and his clever wordplay take on all of the suppressed hurt turned into ‘Black And Ready.’

The Croydon songwriter Jordan Edwards-Wilks, better known as Jords, offers a beautiful, powerful tribute to all the angry, passionate, black men that are done complaining. Instead, he put all his emotions into a song and declares, ‘it’s time for us to build.’

Before actively trying to help a whole generation of young people, Jords was once a kid who had the King of Pop videos on loop: “Music in my childhood was essential. Most of my memories I have growing up are accompanied by music. Most of my childhood was spent watching a Michael Jackson compilation of all his music videos on a VHS”, he says.

The reason why Jords is definitely an artist to watch is his ability to produce ‘a hybrid of smooth hip-hop with a mixture of R&B and poetry.’ Jords talks about how he developed his songwriting skills overtime: “My Cousin was a songwriter and growing up, he showed me about using melodies to remember telephone numbers. When I was a teenager, I started writing grime lyrics with my older brother, and over time, that grew into writing songs, mainly rap songs”.

In 2016, Jords released his first single, and since then, he’s been nonstop and never looked back. Today, he has a debut album ‘Almost An Adult’ out for people to here. He speaks on his journey so far: “I think it’s been very organic. I would say I’ve been in autopilot most of the time, but I have grown a lot as a producer, which I am very proud of. It’s been more about growing up as a person and the music being the soundtrack to that growth”, he shares.

Last month, Jords released his debut album ‘Almost An Adult’. For a first album, he did not take the easy route and spoke on topics like the death of his beloved grandmother: “The main themes for me are loss, family, and love. I did a lot of soul-searching and root exploring whilst making this project, and a lot of this project was comforting during the grieving process”.

Besides his clever poetic lyricism, Jords gives his time to other activities like helping to launch a label with a mental health charity Key Changes. They help ‘rehabilitate people who have left mental health facilities by using music as a creative outlet and form of therapy.’ Jords reveals how their collaboration came bout:

“To be honest, they approached me, to judge a talent show they hosted a couple of years ago. When I saw the amount of real genuine talent there, and the general good energy of everyone in the place, I just wanted to help out more in any way that I possibly could, using my platform and knowledge to give other people an opportunity to have their stories heard”.

Jords makes it clear how important it is for him to help a whole generation of young people. ‘Forrest Hills Drive’ by J Cole and ‘Wretchrospective’ by Wretch 32 are two crucial albums that took him through some difficult times. Getting inspired by two greats, Jords chats how he wants to make a change:

“I want to connect the dots. There are so many people with the ability to be self-sufficient. That may be by opening a restaurant, writing a book, creating visual content, teaching others. I want to do whatever I can do give those people the platform and the means to make that possible”.

Amid the chaos and frustration, Jords uses his platform and suppressed hurt to write ‘Black And Ready.’ All of the profits from the song will be donated to The Black Curriculum. We asked the talented songwriter to give us some insight into the track and why he chose this organization:

“I think conflict and struggle create the best art. I had so much energy built up inside from years and years of trauma from living in a racist system. And to be honest, I’m tired of it. It’s time for us to control the narrative, and teach each other our true history, it’s a right. I have been working on a few ideas on how we can educate the next generation on life as a black person in this society, and while doing this, I stumbled across the black curriculum on Instagram. And I felt compelled to just do whatever I can to help out. For me right now, an easy first step is to use my music”, he answers.

Scrolling through his social media, activism and fighting for black rights is not anything new for Jords. He offers his input on the Black Lives Matter movement: “I’m positive that this will change things if we don’t get lost in the semantics, and continue working towards the goal of ownership. Owning what we do, owning who we are, and building what we own. The protests are a great start, but we need a bigger plan of action moving forward to become self-sufficient.”

Before you head off and stream the hack out of Jord’s music, he has few words of wisdom for anyone who might feel they’re in a dark place: