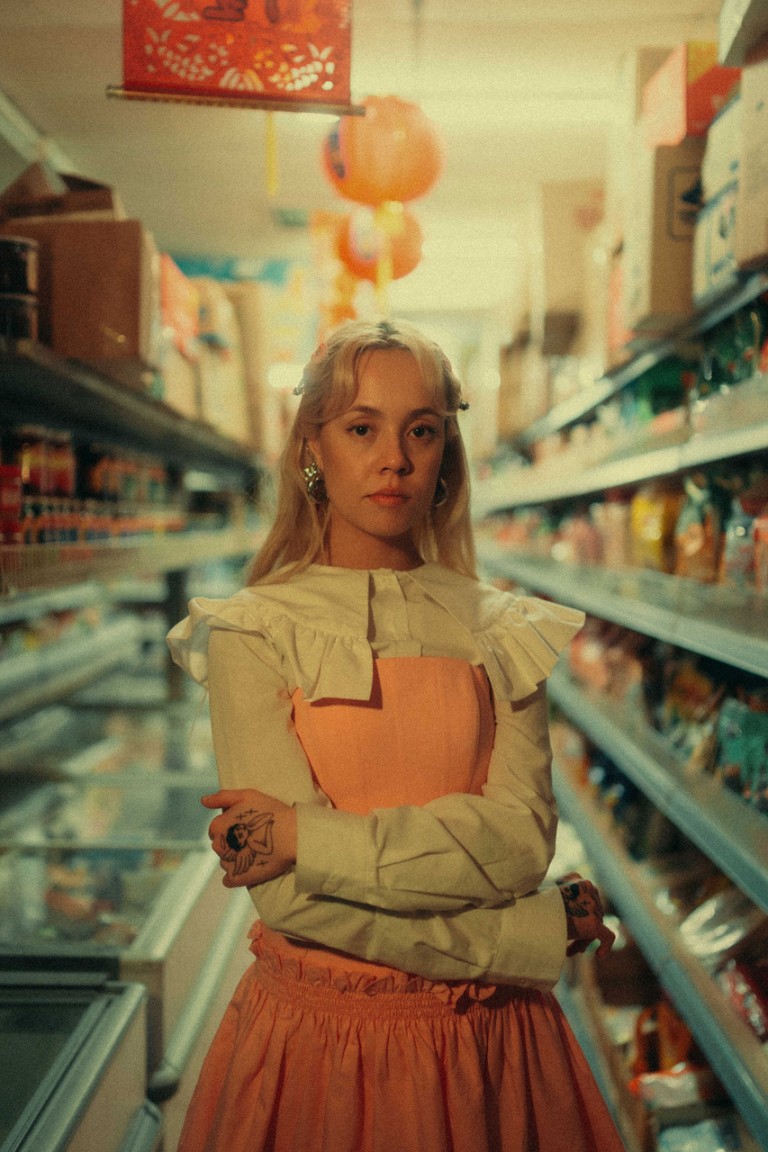 Rising star, Josie Man, continues to raise the eyebrows of the music scene as she prepares for the release of her EP, Me At 23.

Straight away, establishing herself as ones to watch with her debut EP aLOVINGboothanga, Josie has gone from hit to hit as she describes her journey, “It’s been a rollercoaster, to be honest, but isn’t everything hahaha! There’s a lot of ‘figuring out on the way’ to do, but that’s part of life. I am so grateful for all I’ve achieved so far!” With the visceral imagery of the ups and downs as we enjoy the adventure with her, true fans have stuck to their guns, and the growing party continues to expand.

With the release of ‘unbreak ur heart’ and ‘no one cares’, Josie’s upcoming project entails the stories of a young woman treading the water of London. And whilst I’m the opposite sex, I sit here resonating with an artist that is fully in control of her life, but still shows the true colours of being human. Led by the honey glaze vocals and candid lyrical work, Josie latest work does exactly what it says on the tin.

Continue to surprise the many around her, we got the lowdown on Josie Man and her upcoming EP, learning perspectives, and what the future holds.

Hey hey, how are you and congratulations on your latest release and announcement of your new EP – what have the past few months entailed?

Hey! Thank you so much!! It’s been a bit of a whirlwind mentally, I needed a break, I was burning out!! So, I’m just happy to be releasing again!

Breaking onto the music scene back in 2019 with multiple projects to now teasing a new venture, how would you describe your rise and your journey in music?

It’s been a rollercoaster, to be honest, but isn’t everything hahaha! There’s a lot of ‘figuring out on the way’ to do, but that’s part of life. I am so grateful for all I’ve achieved so far!

Speaking of your rise and talking of some of your fond memories of dreams, why did you want to become an artist and what was the number one key influence?

Honestly, to help people feel like they aren’t alone. Bring a sense of oneness into their lives. I still want to achieve that – on a much larger scale but I’ll get there. I know that music helps me, and that’s what inspired me.

Currently, in one sentence, how would you describe your sound?

I’d describe it as floaty bops that you can sing along to in the car.

With a new project around the corner and already teasing fans with singles, ‘no one cares’ and ‘by the end of the night’. How excited are you to release the overall project, and what do you hope to achieve from it?

I am really excited, this feels good because I felt like I had control of what I wanted on the EP, and that reminds me that I can speak up and be brave.

Opening yourself to a new chapter and sharing stories of heartbreak, liberation and love, how did the EP come together and the creative process of the tracks?

I just wanted to make sure it was music that I REALLY wanted to release and felt true to me and my experiences in life. So making sure the writing on the songs meant something in a deeper way. It just came together over time without focusing on it being part of a project too much.

I know this is a dreaded question, but what is your favourite track and why?

I love ‘Jealous In My Dreams’, cos it’s light-hearted but also true and a bit deep hah!

Already worked with a multitude of artists and producers; who would you love to collaborate with in the future?

I’d love to work with Easy Life or be featured on someone’s track like Loyle Carner or Disclosure. Even if it’s just an “Mmmm yeaaa”.

On the other hand, if you could bring three music icons to a dinner party, dead or alive, who would you bring?

As you endure the highs and lows of the music world, what has been your number one learning perspective of the music industry, and what do you want to share with aspiring artists?

Omg, it’s got to be to try and remember all the GOOD you’ve done not what you haven’t done. Honestly, it’s a battle comparing yourself to others. Just know that you’re on your own journey. There’s no competition. ( I need to listen to my own advice, too. )

What is your biggest pinch-me moment so far?

I think being signed to a record label, even though it was a while ago. I’m still like #impostersyndrome

Continuing to cement yourself within the music scene and preparing to let loose with your upcoming EP, what does the future hold for Josie Man?

I hope it holds touring and more live shows. I didn’t do as much this year and that made me sad, BUT maybe it wasn’t meant to be. Also, lots more JOSIE MAN music. The real me, music that comes from my heart and is so true to me.