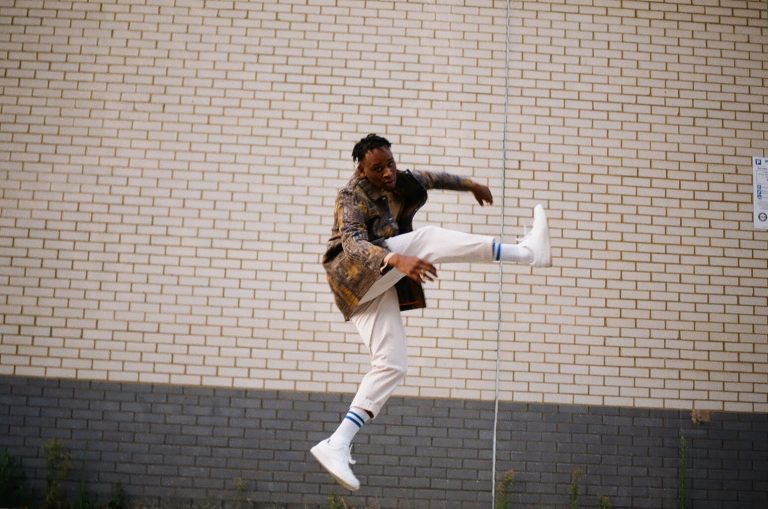 The process of writing music for many artists can be a liberating form of escape. In the case of London based singer songwriter Khazali, such an escape lies at the heart of his artistry. After being diagnosed with generalised anxiety disorder, the artist used songwriting and poetry as therapeutic exercises, an approach that has led to a truly personal and emotive style. Today, with the release of his introspective single ‘NYC to CDG’, we see a musician on the way to the top, with an ability to tell a story and take his listeners on a journey.

‘NYC to CDG’ is an alt-pop hit that merges Khazali’s soft and dreamy vocals alongside indie-tronica infused electronic beats. Teenage influence can be subtly heard from the likes of Sampha, Little Dragon and Honne to create a unique sonic blend. It’s a song that has great depth to it, as the artist explains “NYC to CDG is a story about a character trying to escape his small town for famous landmarks. That character isn’t me – I grew up in the big city. And I actually escaped to a small town when I was 19 – when the journey to this mini EP began. I really needed someone to tell me that what I had around me and inside me was enough, and I could never escape this anxiety. So I just said it to myself. It’s nice to have a love letter for me, by me.”

The single gives us an insight into what to expect from his debut EP ‘Going Home Vol.1’ which is set for release on 24th March via Kitsuné Musique. If ‘NYC to CDG’ is anything to go by, the EP looks set to further cement his approachable aesthetic, willing to show his vulnerabilities and giving us an insight into his everyday life. “Five years in the making from start to finish, Going Home (Vol.1) EP is the first of two mini EPs that I finally feel are ready to be heard.” Khazali states, “the EP tracks my use of songwriting as a way to better understand my anxieties about life, using dream journals as a device for lyrics.”

Khazali’s openness is what makes him stand out. In the age of social media, we’re surrounded by imagery too perfect for us to connect with, whilst simultaneously living through a mental health crisis. It’s the perfect formula for indifference on all levels. In Khazali we see an artist facing the same issues as we all are, with an ability to bring a joyful spin on those demons; for those three minutes you spend listening to ‘NYC to CDG’, all is forgotten. It’s what music does best.

2020 set the bar for Khazali, with his single ‘You’ll Be The One’ being his most popular release to date, racking up over 156 thousand streams on Spotify alone. ‘NYC to CDG’ feels like the perfect release to follow that success. Despite the very serious themes his songs address, they never fail in uplifting the listener, often acting as a love letter of joy to our ears. With each release further proving his credentials, there really is no limit to Khazali’s potential.

Stream ‘NYC to CDG’ on Spotify