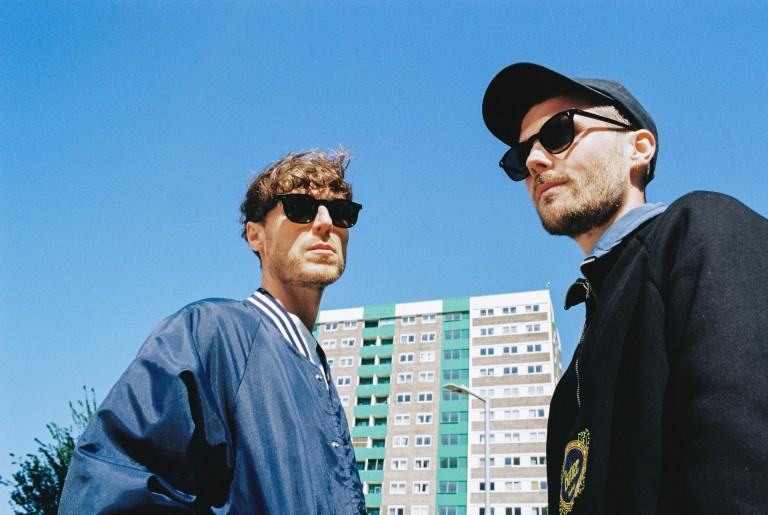 Kimber are a Yorkshire-based duo who have just dropped their newest single ‘House In The Sky‘ ahead of their recently announced album ‘Slow Moon, Long Night.’

Kimber are proud producers, multi-instrumentalists and long-time friends – Mikey Wilson and Josh Heffernan. A mixture of their working class, northern roots and their huge passion for DIY music have all helped forge their unique sound. They’ve even taken the time to build their own studio, which has become a sanctuary for them and the inspiration for their music.

‘House In The Sky’ is an irresistible offering that is soaked with vibrancy. Heartwarming synths create an impact and ebb and flow between a minimal but effective drumbeat. Dynamic basslines glue the track together allowing elements from the single to glisten in the mix, enticing us in and dropping us into their world. Vocals lie on top of the mix – passionate, infectious but soft and add a different dynamic to the track.

Kimber reveals about the single: “I bought a Volca Beats as my first drum machine several years ago and was messing about with different drum loops trying to find an idea to finish off another song. Pretty quickly we came up with the main loop you can now hear at the start of House In The Sky, and decided it was a better sound than anything we’d come up with previously. So we started a new song with this loop and an hour later it was finished. That was the starting point for the EP.”

2020 saw Kimber release their debut single “Like Shadows On The Wall” on a limited coloured cassette via Safe Suburban Home Records which sold out within the month of its release and saw a listing in Under The Radar Mag’s Ones To Watch list. After being locked down the previous year, 2021 gave Kimber the chance to unearth their intriguing live set as well as finish their follow up to 2020’s debut.

Now in 2022, Kimber have their debut EP set for physical release on 18th November.