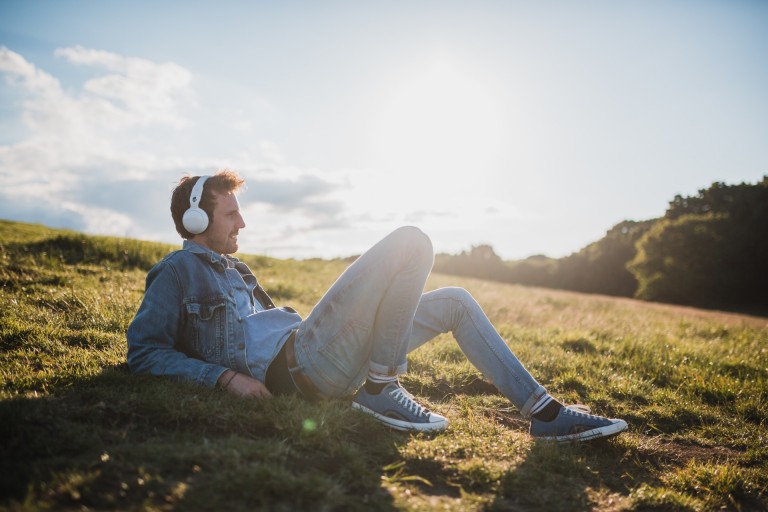 John Dhali has been refining his unique melting pot of music – his offering includes inspirations from genres such as folk, pop and indie music, all executed through his own lens. The past few years for John have been tough, he’s emerged from illness and rehabilitation to inspire positivity in his audience with his unique sound. Whilst he’s been through very tough times, his music has already created an impact, with his first solo EP being picked up by BBC Introducing Stoke and Huw Stephens then picking the track for his Radio 1 show.

John Dhali’s debut album ‘IN TIME LP’ showcases a more mature John Dhali and a more refined sound. Skillful co-production from Sam Bloor has certainly helped Dhali explore more avenues in his music. His album is positivity-soaked, bright and vibrant. The album shifts between more folk-heavy tracks such as ‘Taste’ and of ‘Start Again,’ to indie-pop anthems ‘In Time’ and ‘Only One.’

His lead single ‘Plain Sight’ represents John Dhali down to a T. Sprinkles of George Ezra, The Lumineers and Jeff Buckley blend together to create something unique and signature. Heartwarming acoustic guitar provides the bedrock of the track, working hand in glove with his vocals that are drenched in sunshine melodies and passionately delivered. Beneath the joy and playfulness of the single, the single actually acts as a message to those in mental distress – a very important subject.

Speaking about the release he says: “Plain Sight came about from an intense period of working through my innermost shit. It was one of those rare and beautiful unicorn songs that falls out pretty much fully formed – just easily and naturally.  Recording was kind of the same – everything pulled together in three days and just felt good.  It was exactly what I wanted to say, and still is. Just gotta push through the dark and shine your light – it’s like a mantra I try to live by, not always successfully, but I’ve got faith in myself and in humanity.”

In 2017 he released the track ‘Only One’ with an extraordinary video of him performing the song in the middle of a crowded Manchester Piccadilly train station wearing his trademark headphones. Small-scale record deals followed but with the companies having limited resources and experience, eventually led nowhere. Experiments with a six-piece band, time spent in India and a honing of live performance through busking, meant by 2020 John was working full-time in music. He finally had the sound, the look, the songs he had been searching for. The new album is also a crowd-funded endeavour, proving just how unstoppable John is.