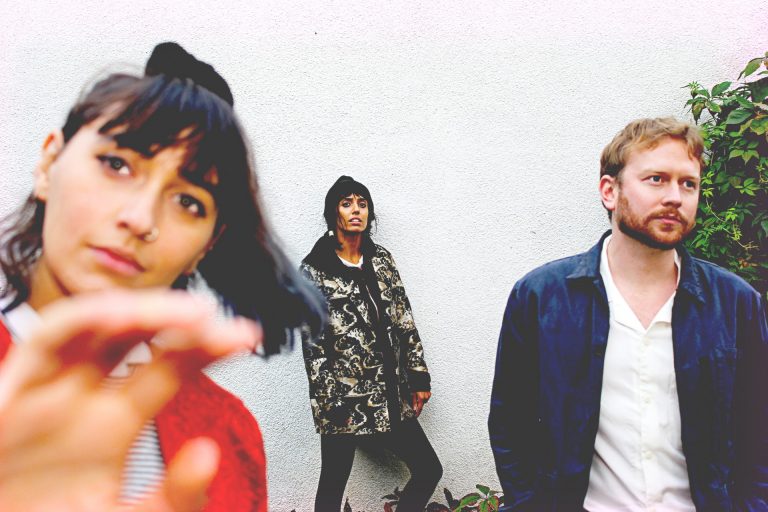 London based trio KIN have arrived with their newest indie-pop gem ‘Cosmos’, a record that dazzles with vivacity. Propelling you to a euphoric state of mind, the single gently builds to an emphatic chorus, delivering a vibe comparable to the likes of The XX and Foals. Members Grace, Ritu and Adam each add their own individual talents to the track, as they balance angelic vocals with dynamic melodies to create a buoyant soundscape that really holds an edge.

The earworm track is the band’s first release of 2022, signifying a triumphant entrance to the year for the trio. Produced by Josh Tyrrell (Lana Del Rey, Mark Ronson, Tony Visconti) and released with 3tone Music, ‘Cosmos’ is a track that embodies themes of vulnerability, empowerment and confusion, as it narrates a relatable story of modern dating and the complicated relationships that are formed within the digital sphere and beyond.

Reflecting on the brand new offering, the band revealed, “The song was written in 2018 after a bad Tinder date inspired me to write an ode to modern dating and reflect on the vulnerabilities and problematic, temperamental nature of relationships. Although we didn’t record it right away, the catchy guitar and growing middle 8 made it a firm favourite in our live set and a song we were never going to push aside. Going into the studio with Josh Tyrrell gave it a new lease of life and elevated the track to have an anthem-like quality that didn’t feel out of place when we opened with it at Tramlines Festival. The lyrics feel even more relevant now, everyone has experienced heartbreak, presumptions and awkwardness with strangers and I think there can be a playfulness and life affirming phenomenon brought out by all of that. As we are all re-finding our way socially in the world, it feels like now, more than ever, we should remember and experience that.”

The band’s previous releases have impressively racked up over 375,000 streams on Spotify, with the group also receiving extensive support from tastemakers including BBC Introducing Amazing Radio, Earmilk, Refinery 29 and more.

As each member possesses their own story and creative background, the band unite their innovative, eclectic traits to create a sound that is utterly irresistible. Aside from music, Grace is a performance maker and model, and Ritu and Adam are both actors. Adam was last seen on stage at the National Theatre and Ritu is a lead in the Netflix series The Umbrella Academy and Netflix’s most watched opening weekend film, Red Notice, alongside Ryan Reynolds, Gal Gadot and Dwayne Johnson.

KIN’s infectious and positive sonic energy is undoubtedly destined for big things, so be sure to keep a close eye on them.