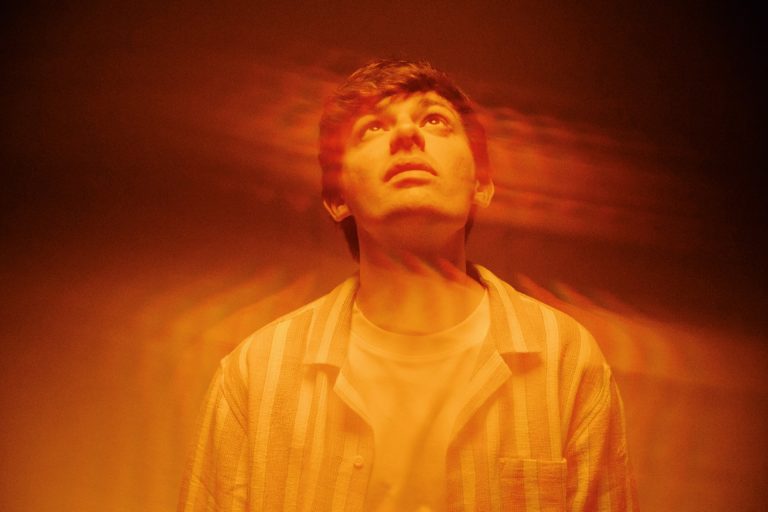 For years London based producer Jack Chown worked behind the scenes of the music industry, engineering for world renowned artists Jessie Ware and M.I.A, whilst collaborating with the likes of BIIANCO and Tycho Jones. It was a role that gained him a unique insight into the industry, and the manner in which it functions, all whilst gaining vital inspiration. Well, just last year Jack made the move to the forefront, producing under the moniker kiskadee. His debut EP ‘HOME’ gained over 100,000 streams on Spotify alone, and gave us a taster of what he had to offer.

Now the artist returns with his latest single ‘Higher Calling’, a track that’s equally atmospheric as it euphoric. A fusion of glittering melodies and energetic broken beats creates an enthralling atmosphere where kiskadee’s unique, other-worldly, take on electronic production takes centre stage. It’s a style that’s certain to entertain whether you’re at home, or on the dancefloor. And it’s that essence of versatility to the artists productions that makes him standout as an emerging talent to watch. The artist has already proven that you never quite know what you’re going to get next, perhaps none more so than on this release, with his compelling use of samples, and rhythmic synths that are sure to send your mind and soul into the stratosphere.

Coinciding with the release of ‘Higher Calling’, we caught up with the producer to learn more about the inspiration behind the track, his newfound creative freedom, and his big plans for 2022.

Hey Kiskadee, congratulations on the release of your latest single! What originally drew you into the sphere of electronic music?

I actually started as a drummer when I was around 6, playing in bands + orchestras and then eventually going off to study music. I actually got tendinitis in both wrists so couldn’t play anymore which is what got me into the studio in the first place! This was around 2012 when there was that real UK house resurgence and bedroom set-ups were getting way more accessible, so I just started fiddling around and was really inspired by the idea of sampling and creating new textures out of old worlds. For a few years after that I was working away in studios before finally plucking up the courage to do my own thing mid-covid in March 2020, flipping voice notes set in by friends and family in isolation into little track ideas.

You spent a long time working behind the scenes collaborating with BIIANCO and Tycho Jones, whilst engineering for the likes of Jessie Ware and M.I.A. How has life changed now that you’ve moved to the forefront under your kiskadee moniker?

Yeah, I was really lucky to be a fly on the wall for some pretty inspiring sessions and definitely took tips and tricks from as many different musicians/producers I could look over the shoulder of haha. Nowadays, I’m writing a lot more to picture and juggling that with the kiskadee project. I’m really enjoying that balance and having the creative freedom to go places but, having said that, I’m always still on the look-out for artists to collaborate with!

What was the inspiration behind your euphoric latest track ‘Higher Calling’?

I came across the sample (Archie Thompson – Higher Calling), about a year ago during lockdown and have been mashing it up with a few tunes for some sets over the past year. I finally flipped it into a track after a trip to Printworks, being in the midst of euphoric bodies dancing the night away, almost transported to another plane, gave me the idea for/drew the connection with a “Higher Calling”, can’t wait to play it in a similar setting.

At points the track appears atmospheric, whilst at others you play with broken beats, continuously highlighting the beauty behind the sample. How long did it take you to finally settle on the final version?

It actually happened surprisingly quickly in the end over a weekend in mid-October. I’d been playing the sample over a few other tunes on my monthly radio show on Voices radio so was kind of piecing it together in my head before starting work on it. Originally it was gonna be a bit more of a UKG-slant but it just felt much more euphoric slowed down with a tasty break behind it. I also had the pressure of my first live show which I needed a few extra tunes for!

Last year you released your EP ‘Home’ which accumulated over 100,000 streams and was a great way to introduce yourself to the world. Were you taken aback with just how popular it became?

Yeah, definitely! I’ve also been putting out some sample packs and doing a few merch drops and I’m always to see like people in Australia listening to the tune or someone in Peru downloading some of my samples, it’s pretty mind-blowing having started the project in a spare bedroom isolating during the first Covid wave last year.

What can we expect from you next?

So, I’ve just played my first live show and am hoping to do a few more soon and there’s also a few other releases lined up for early next year as well as some remixes. I’ve also been playing around with some VR and hope to do something in that space soon too!