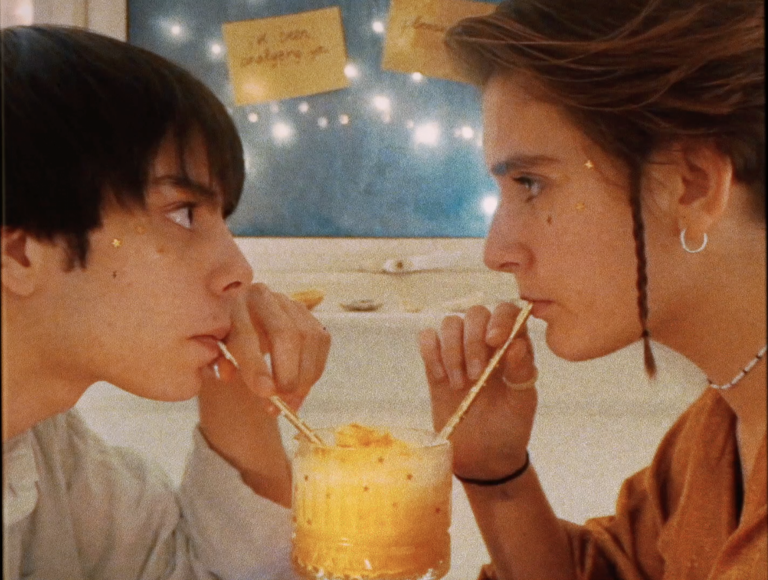 leo. Offers up a Nostalgic and Magical Sound on ‘don’t mind me’

UK via Portugal singer-songwriter leo. burst onto the scene in 2018 with his bedroom-produced, nostalgic and often raw, sound. Four years and thousands of fans later, leo. is building up to his second EP which promises to be as magical as the rest of his catalogue. We spoke to leo. about his plans for this year and his biggest influences.

Hey Leo, your new single ‘don’t mind me’ has a distinct Parisian feel to it, what inspired you to write a song in this way?

Hi! I think with my songwriting, lyrics, melody, and harmony are what I spend the most time crafting. Because of my classical background and my influences, which include a lot of music from the early 20th century and current singer-songwriters who started out sharing their music online with stripped down bedroom demos, I’d say the production and instrumental arrangements are more of an after-thought for me. This makes me want my music to sound interesting even when it’s just me playing it by myself with only one instrument, like the piano or the ukulele. Borrowing structure and chords from some of my favorite jazz standards, 40s and 50s movie musicals, and contemporary artists within the same vibe has really helped with this.

‘don’t mind me’ sees you open up and get vulnerable- do you think honesty in music is important?

For me it really is! Songwriting has always been a form of therapy for me, an outlet to be 100% honest about my thoughts and feelings, which has made the process of recording and sharing my songs really special to me. Of course, within different genres, the goal of a song might be completely different from this, and that’s equally valid, but, from my experience, there’s nothing more rewarding than using music to process difficult stuff and then seeing it help other people process their own feelings. The right song at the right time can really make someone feel like they’re not alone in experiencing something, and some times, it can even help someone find a community, which I think is very powerful. It’s the role I want art to have in my life, and it’s been incredibly rewarding to be able to share it with so many people.

These past few years you have quickly amassed a loyal following on social media, does your success on platforms such as TikTok affect the way you write new music?

I try not to let the idea that there’s an audience affect my songwriting. I don’t want to write music that’s only relatable for the sake of being relatable, or think that if I shorten a section of a song to 15 seconds it’ll be perfect for TikTok. I want the art part of the process to be as genuine as it can be, and I want myself to love anything I put out before I think of how people might respond. It has all definitely affected how I go about planning releases, marketing my music, and interacting with my audience, though. I wanna give my music the best chance it can get to reach as many people as possible, and I know that currently that means a lot more than just making songs I’m proud of. For a while, creating content for social media was something I was really scared of and felt like I didn’t want to do, but being able to actually hear from everyone and build a relationship with my listeners has made it all more than worth it.

Have you played any live shows? Where is at the top of your list to perform?

I’ve not delved in live music nearly as much as I’ve wanted to. For the past couple months, I’ve been really focused on recording my second EP and making it everything I wanted it to be. For after I’m finished releasing it, though, I’m definitely looking into playing shows throughout the UK and hopefully get to meet some of the people who have been supporting me and my music over the past couple years!

What do you think you’ll be this time next year?

I have no idea and it’s honestly so scary that time is a thing! That just happens!! This time last year I couldn’t even imagine how much would happen this year and how proud I would be right now of everything I’ve been doing. I hope I keep growing as a person and learning how to better communicate and take care of myself, especially wanting to succeed in an industry that is so fueled by insecurity and validation from others. I hope I still absolutely love what I’m doing and that I’m genuinely excited about sharing my new projects (there will definitely be new projects). I think it’s all been going quite well, so I can’t wait to see where it goes!